London is a must-see destination for many travelers. If you only have a few days to visit, here’s how you should spend 4 days in London! 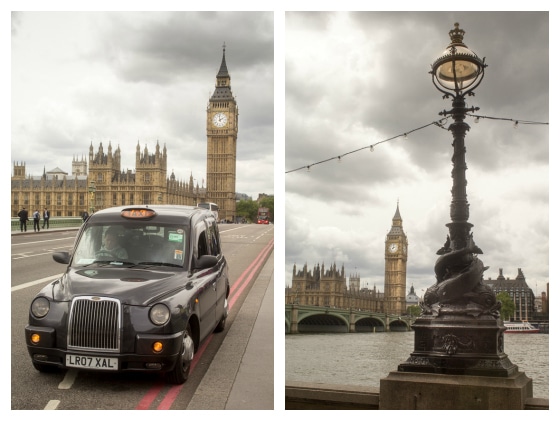 On this trip we had 4 days in London to see the sights, drink tea, and explore the city. So, we needed a London 4 Day Itinerary. It’s not always easy to know what to do in London for 4 days, but luckily I had been to London once before and had a general idea of what we should do while we were there.

Of course, we didn’t have time to do *everything* we wanted to do.

Even some of the things we had planned to do ended up being failures due to issues with our understanding of the public transportation system and a tragic lack of WiFi access.

I’m going to run you through what we did while we were in London, as what we didn’t do but wish we did.

I’ll also share the costs associated with our trip so you can get an idea of what to expect in terms of budgeting for a visit to London.

Lastly, you’ll learn from my mistakes when I share my “what I wish I knew” items.

Here’s What We Did:

Yes, we went on a super cheesy-ridiculous bus tour.

BUT, you guys, I had never been on one of those super touristy-tours before and I thought it would be a fun and easy way to make sure we took in all the sights.

There are several different bus tour companies in town, but we went with Big Bus Tours. 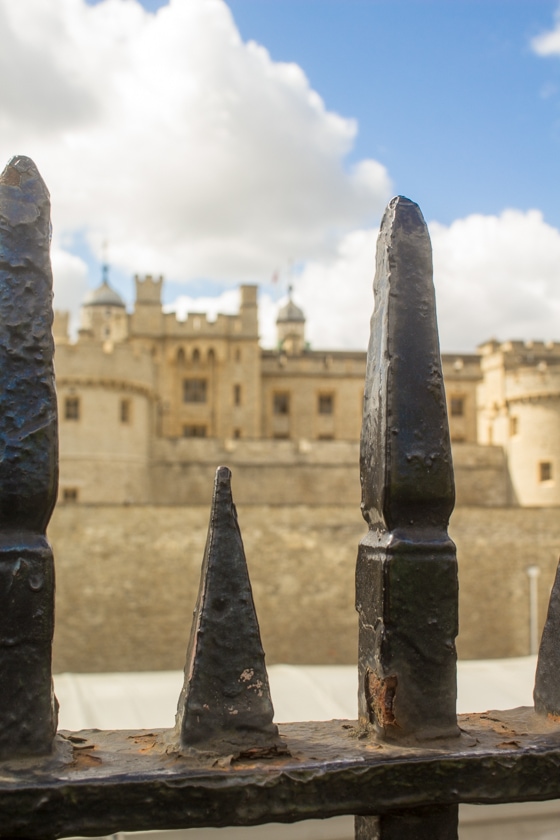 This is a CAN’T MISS item. I’d recommend going early in the day because it can get really crowded.

Guided tours are given every hour or so. The groups are usually pretty large, but invaluable if you want to learn about the incredible history of this place!

The Shard and London Eye 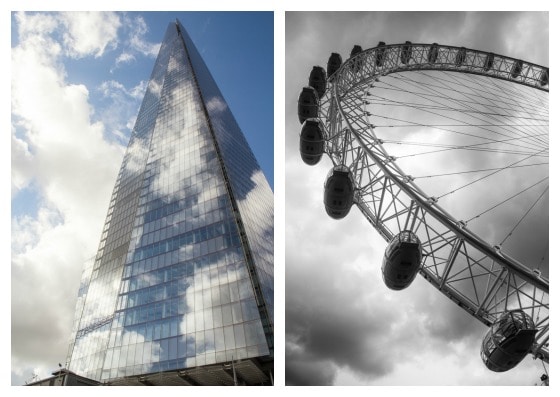 Okay, so we didn’t actually go *inside* of this gigantic building, but it was pretty neat to see it up close.

You can see it from pretty much anywhere in the city, and it looks beautiful on those rare days when blue skies are peeking through.

The last time I was in London, The Eye had opened just 5 months before. I didn’t have time to go up on it the first time, so we decided it would be worth a laugh and bought our tickets.

I won’t lie, the loading and unloaded process was interesting as you have to get on and off a moving carriage. 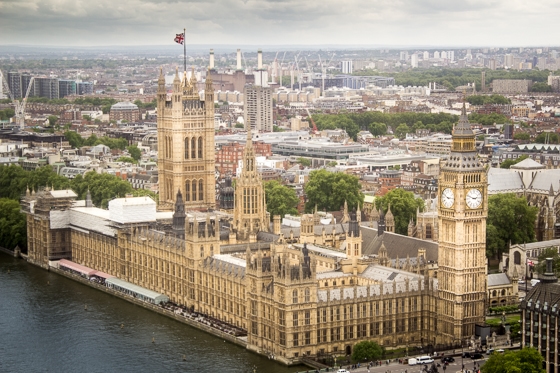 Anyway, the view from the top is pretty incredible. 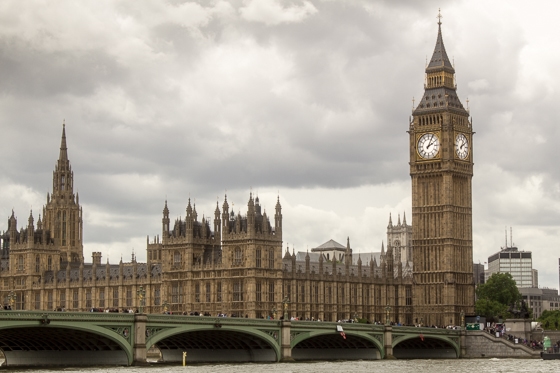 So, there’s not really an easy way to tour the inside of Parliament, and you can forget about any ideas you may have about going up inside the clock tower to see Big Ben.

You can “see” the building from most places in the city, but it’s still fun to get up close and check out the architecture.

The Eye is just on the other side of the river, so you can just walk right over the bridge to get a closer look after your ride.

Buckingham Palace and The Changing of The Guard 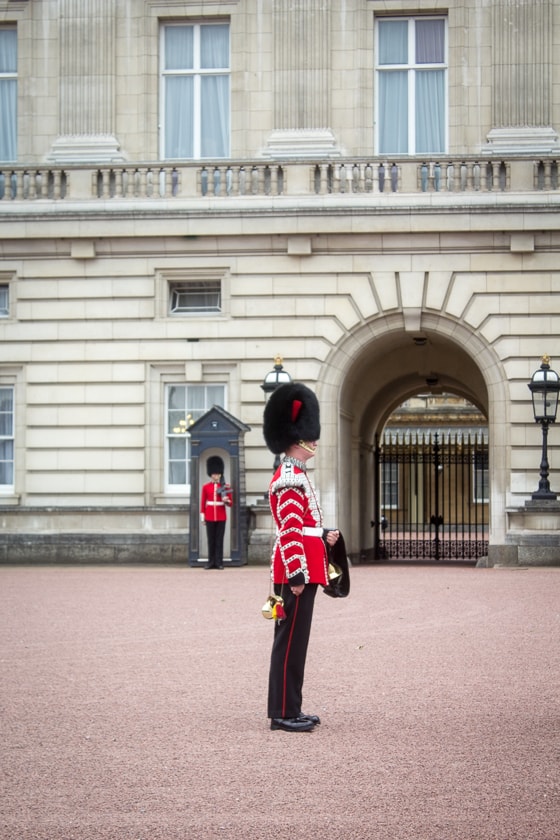 I know it’s on most people’s “must-see” list, but honestly the ceremony is just a bunch of Queen’s Guards marching around really, really slowly.

Plus, it’s so completely crowded that you can’t see anything anyway. 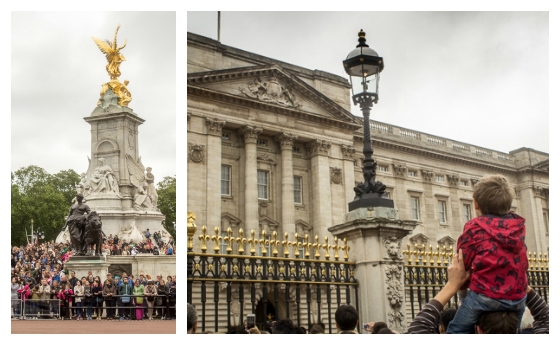 Okay, I’m officially ducking under my desk to avoid being hit with rotten produce.

Just go see it for yourself, come back and tell me about it, and I’ll try really hard not to say “I told you so.” 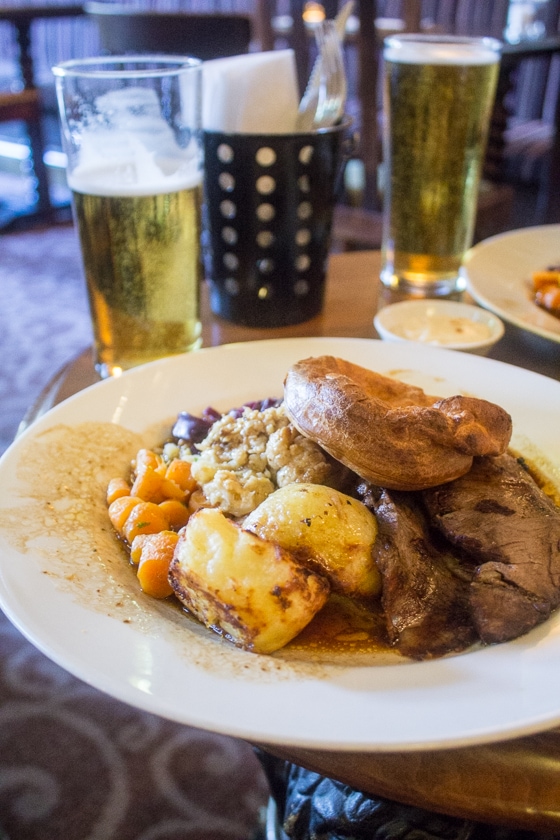 We ate well for the entire trip and didn’t gain an ounce.

A LOT of walking to be done when traveling in foreign cities, especially ones with huge Underground systems accessible only by many, many flights of stairs.

We both vowed to stop using the elevators and escalators back home.

Here are some dishes you absolutely have to try while in London:

Fish & Chips – you can’t visit London without having some fish and chips. Don’t forget to try some malt vinegar on your chips!

Yorkshire Pudding – contrary to some weird idea I had in my head, this is not in fact some strange type of meat dessert. It’s a lovely, puffy side dish made from eggs, flour, and milk. Almost like a really small, savory puffed pancake.

Meat Pie – I must have tried different variations of meat pies at at least four different pubs on our trip. SO GOOD.

Beans on Toast – If you see beans with toast on a menu just order it and give it a try. It’s oddly delicious.

Tea – We drank SO MUCH TEA. Tea in the morning, tea in the evening, tea at suppertime. I take my tea with a sugar and milk. And biscuits (which are what we call cookies).

Other things we did which deserve mention but I don’t feel like talking about: Sherlock Holmes Museum, Cutty Sark, Scotland Yard Headquarters, and the National Maritime Museum. 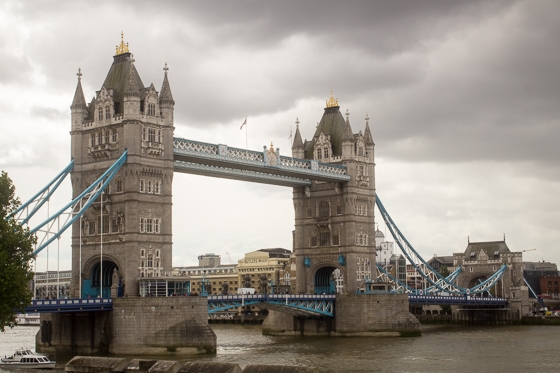