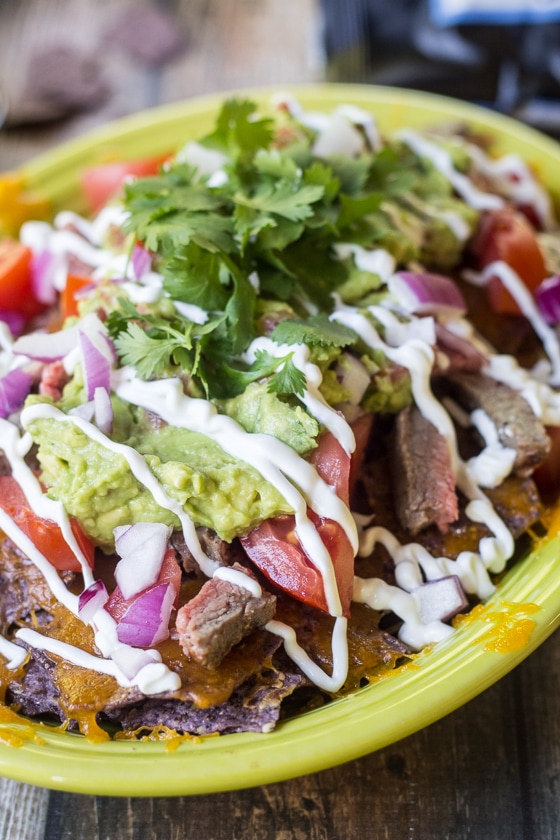 These loaded nachos are the perfect hybrid between classic nachos and carne asada fries!

Some days I can’t believe how lucky I am.

I used to work in an office, where I’d spend hours upon hours putting together spreadsheets and reports, then sit back and look at all that I had accomplished and feel…..meh.

When I looked at this platter of Loaded Carne Asada Nachos, I felt fulfilled. And then I ate them all and just felt filled. 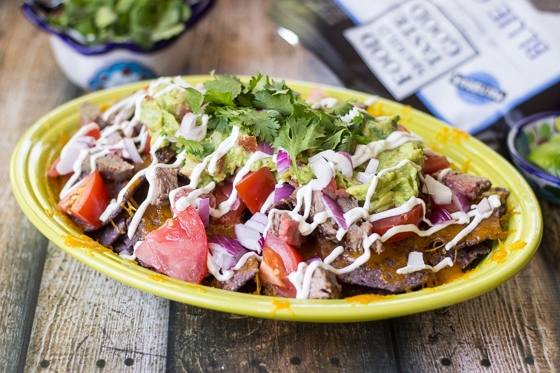 As if playing with food isn’t a cool enough job, sometimes I even get invited to step outside the house (crazy, I know) and attend events.

Earlier this week I had the chance to attend a fun BBQ over at this great bar here in town called East Burn.

The event, hosted by Food Should Taste Good™ and ManMade, was basically an excuse to eat good food and meet awesome people.

I changed out of my yoga pants and into my look-how-brave-I-am-I’m-meeting-new-people pants and had a really great time!

I came home with a serious supply of Food Should Taste Good  products including my very favorite Blue Corn Tortilla Chips. 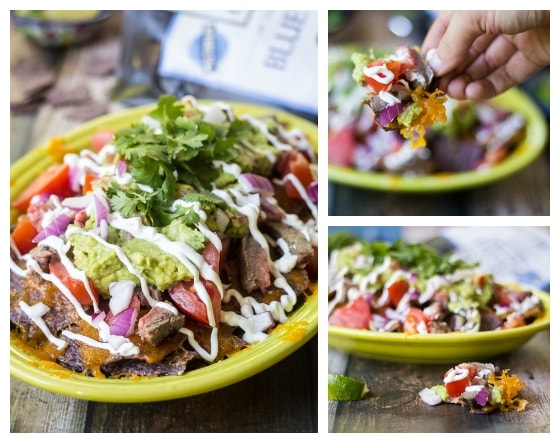 These chips have been making regular appearances in my shopping cart for quite a while now, so I was pretty excited to have the chance to work with a brand who thinks like I do.

Food Should Taste Good™ believes in crafting better snacks, as they know food tastes best when it’s made with real ingredients. Hard to argue with that one, am I right? 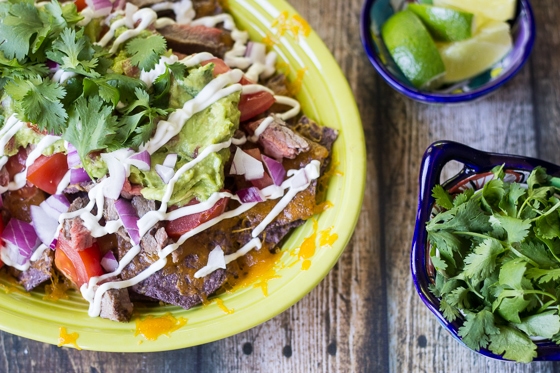 I became obsessed with carne asada fries on my last trip down to San Diego, and I’ve been meaning to make my own version at home.

I decided to swap the fries out for these delicious chips because I LOVE a good crunch and don’t really like fry-guilt. It’s a real thing. 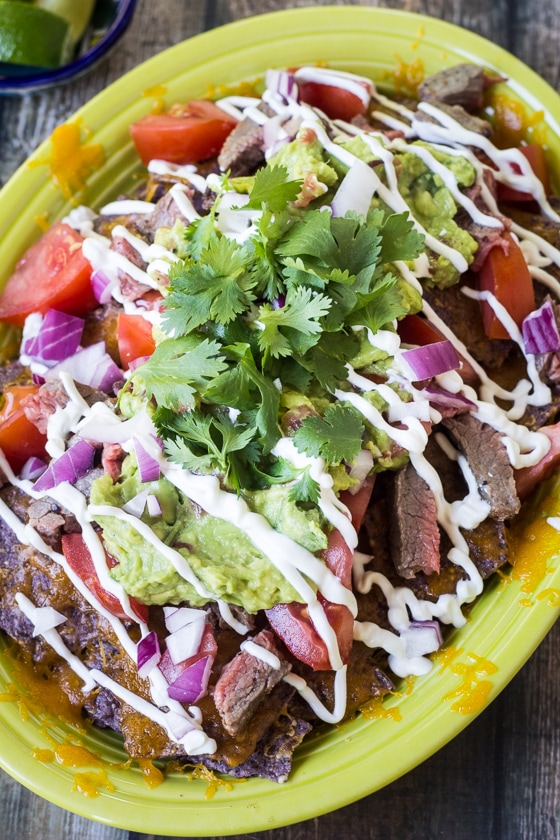 During the summer it seems like hardly a week goes by without a need for a good entertaining recipe.

These loaded carne asada nachos will be a complete hit at just about any get-together! 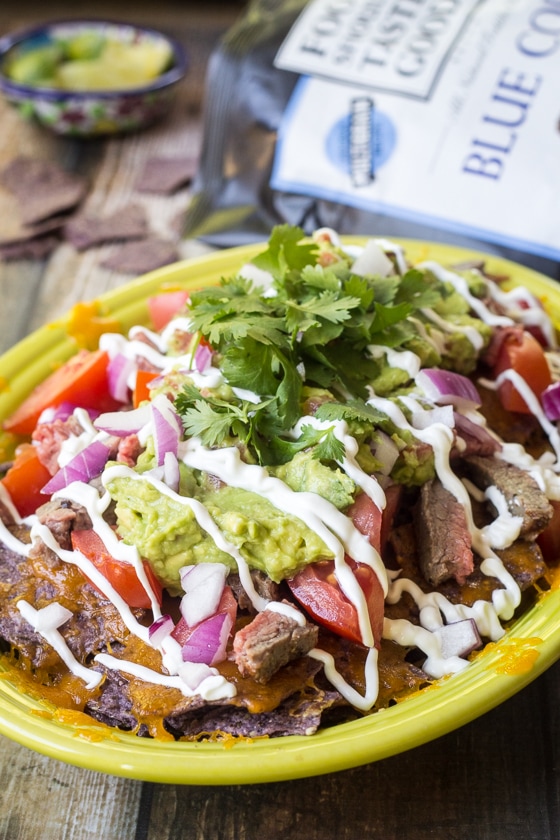 I know you can’t wait to face plant into this dish, so…are you ready to learn how to make carne asada nachos? 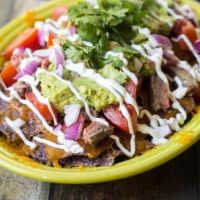 Disclosure: I received compensation as part of my partnership with Food Should Taste Good. As always, my opinions (strange as they sometimes are), are entirely my own. I only work with brands I love; thank you for supporting the brands that support The Wanderlust Kitchen!