A story of transformation from a girl who hated live music.

Today’s post is more Wanderlust than it is Kitchen, and I’m so thrilled to share more about my recent trip to New Orleans with you.

Let me start by admitting something really weird about myself: I don’t like live music.

I mean, I don’t hate ALL live music. I like the symphony. And once I went to see Tom Petty and got to sit in the grass the whole time and talk with my friends. That was pretty awesome.

But I’m not really talking about those large-scale experiences. I’m referring to the typical all-ages shows held at random bars, clubs, and restaurants around town.

For these reasons, I just never enjoyed live music. Well, until I went to New Orleans, that is. 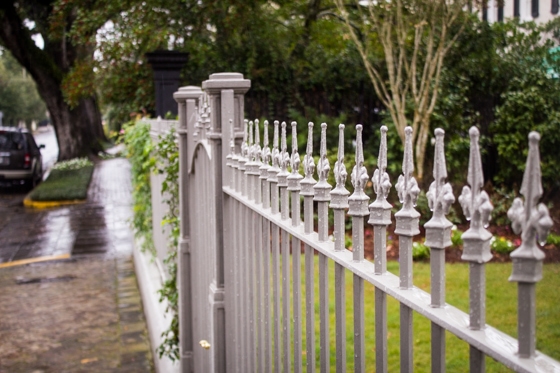 As you know, my trip down to Louisiana was hosted by the New Orleans Convention & Visitors Bureau, who planned four full days of food, fun, and cultural immersion. When I received the itinerary, I saw that live music was built right into the trip, and I think I seriously groaned out loud.

I pictured sitting around with 5 strangers (this was before I knew that I’d become travel BFFs with all the other gals on the trip), unable to flag down a server for a drink, stuck listening to less-than-stellar music for hours on end. <— This had been my experience with live music up until now. 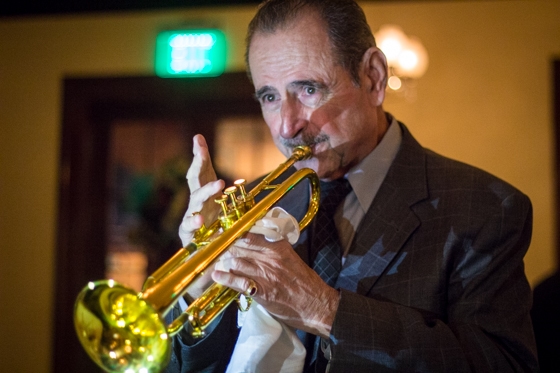 Live music in New Orleans was NOTHING like that.

When I first got into town, I noticed right away that there were musicians playing on the street, surrounded by groups of people laughing, dancing, and supporting their work. I have seen street musicians in other cities, but most of the time people give them a wide berth or just drop a dollar in a hat as they walk by. There certainly wouldn’t be any dancing. 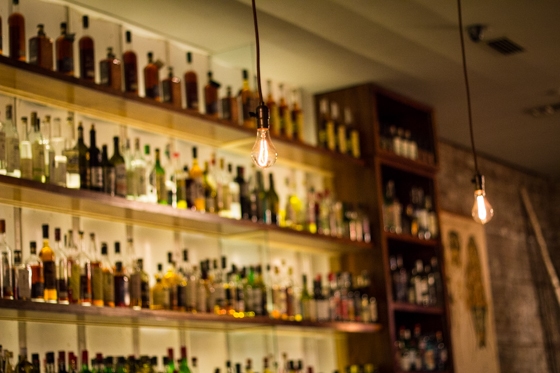 New Orleans is just… different. In a way that I really, really like.

Our first night in town, we went to dinner at the lovely Arnaud’s restaurant. I noticed right away that there were musicians in the restaurant, mingling from table to table to talk, play music, and interact with the patrons.

I immediately thought about this German restaurant back home where an accordion player comes by each table to play songs. Every time I go to that restaurant (the food is really good, okay?), I try SO hard to avoid eye contact with the accordion player so he doesn’t come over.

I fail pretty much every time.

The accordion guy comes over to our table, starts playing and singing some goofy song, and we’re stuck starting at him with forced smiles plastered on our faces, wondering who at the table remembered to bring cash for a tip. I seriously loathe this experience.

My experience at Arnaud’s couldn’t have been any different. 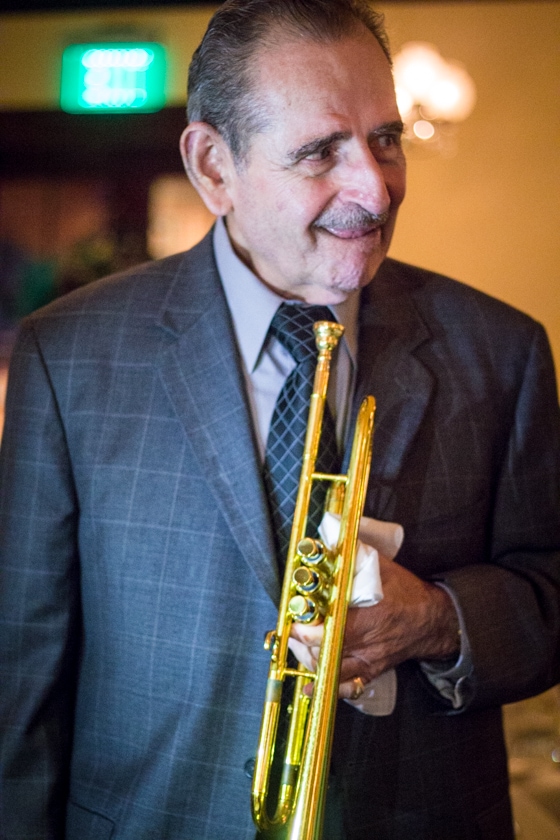 The musicians were friendly, passionate, and easy to talk to. When they began to play, it seemed that everyone in the room knew the song, and the whole restaurant transformed into celebration. I felt like I was attending a dinner party with friends, rather than dining with five women I’d just met.

It wasn’t too much, it wasn’t overbearing, and it wasn’t imposing. It was just the thing to liven up our dinner and bring genuine smiles and laughter to the table. 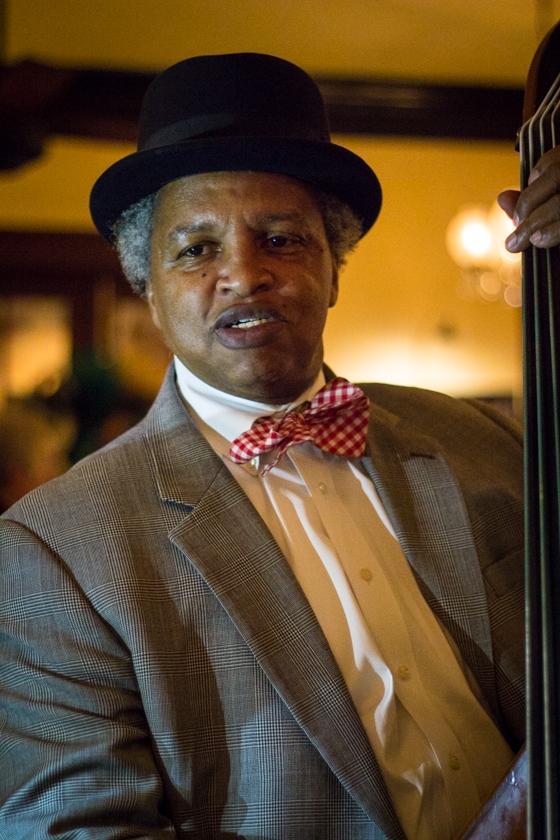 The next night we all went to The Jazz Playhouse after dinner to listen to some music and unwind. When we walked in the door, my first thought was “oh, crap.”

We entered through a velvet curtain and exchanged a whispered dialogue with the host to find our seats without disturbing the show. The lights were down low, the music was up loud, the bar looked crowded, and I didn’t see a restroom anywhere in sight.

I sunk into a plush sofa and before I could wet my lips my drink order was being taken by cocktail waitress with a sultry voice. I asked for a Sazerac (when in Rome, right?), then removed my coat and sank further into the furniture. I thought I was going to be in for a loooong night.

I turned toward the direction of the stage and for the first time started paying attention to the music. You know, the entire reason we were there. 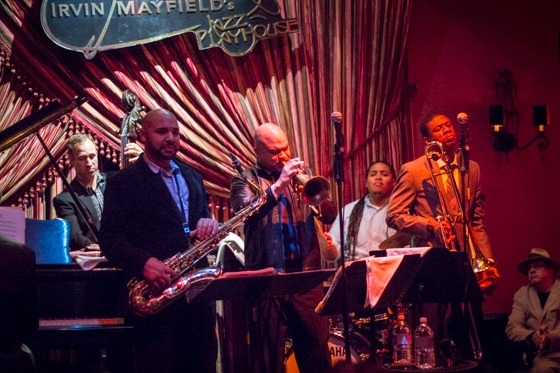 I was awestruck by the intensity of the musicians. I’d always thought I wouldn’t like jazz music, as I like order, routine, and repetition. With so many highs, lows, and solos, I assumed jazz would be hard to follow.

One by one, the artists proved me wrong as they took turns playing heart-wrenching solos before abdicating the limelight to a band mate. Watching the faces of everyone on stage, I could see the passion that each musician had not only for their own contribution to the music, but for the unique sound provided by each of the players.

The band covered a few songs I know and love, including a fervent rendition of The Beatles’ “Yesterday” which left me both emotionally drained and invigorated. After the band had finished their set, I knew I wouldn’t be able to sleep. Luckily, Elise (who blogs over at WTFab) felt the same way, so I had some company to keep the fun going late into the night. 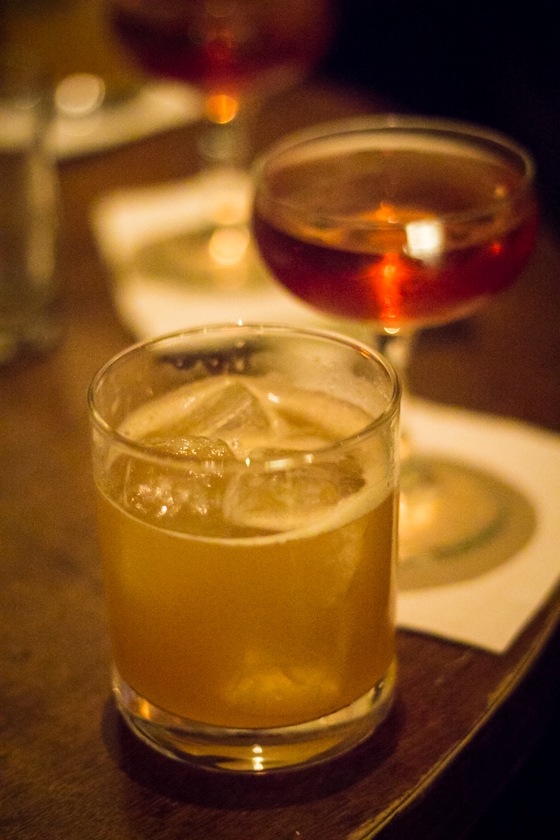 On our last night in town, we headed over into the Faubourg Marigny neighborhood to catch some live music on Frenchman Street. Our provoking evening of Jazz the night before felt subdued compared to the tunes, dancing, and all-around rabble-rousing we experienced on Frenchman Street.

We stepped into Cafe Negril and gently elbowed our way through the swiftly-growing crowd. Maybe it was the three red wines and two coffees I had with dinner, but the second I heard The Soul Project start playing I just couldn’t hold still.

The band played with incredible earnest, working their way through the crowd while inspiring a few hip swings in even the most modest fans.

We left the Cafe feeling lightheaded, and made our way across the street to an open-air art market. I bought myself a beautiful painting of a shot of whiskey, before hearing calls from my friends to join them back in the street.

A street band had taken up on the nearest corner, directly across from a cart grilling up late night snacks for those suffering from the drunchies. 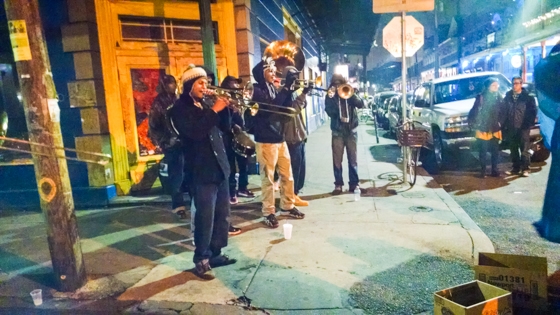 We did a little dancing in the street before deciding to hightail it over to Cafe du Monde for late night beignets and cafe au laits.

I woke up the next morning feeling like I just discovered a whole new part of the world of music that I had previously disregarded. As much as I didn’t want to leave New Orleans, I was excited to come home and explore Portland in a totally different way. 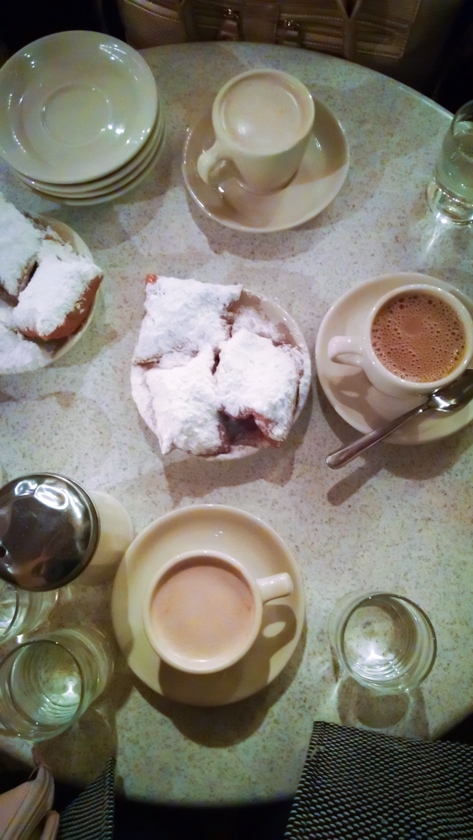 As soon as I got home, I did some research and made plans to see a few local jazz shows. I don’t know if anything could live up to the experiences I had in New Orleans, but I’m certainly willing to give it a shot!

This is a sponsored conversation written by me on behalf of New Orleans Convention and Visitor’s Bureau. The opinions and text are all mine.