No trip to Croatia is complete without a visit to this famous national park — but there are a few ways you can screw it up. Here’s how NOT to visit Plitvice Lakes! 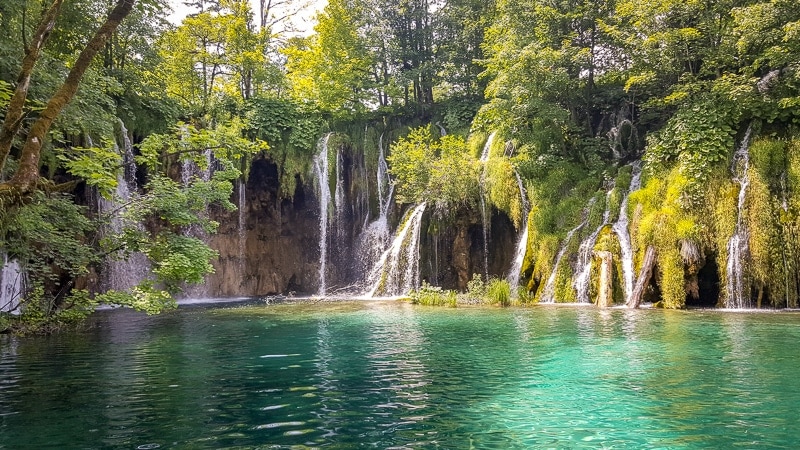 Once was with my friend Elliot, after a long drive, at the end of the day, in a thunderstorm. The second time was on a beautiful day with my friend Taliha (and a bus-full of other tourists).

Both of these trips had their problems, yet both had unique benefits.

Let’s run through it in pictures:

My friend Elliot booked a flight to Split to enjoy a few days of vacation at the end of a business trip. Luckily, I happened to be in the Balkans at the same time so we were able to meet up. 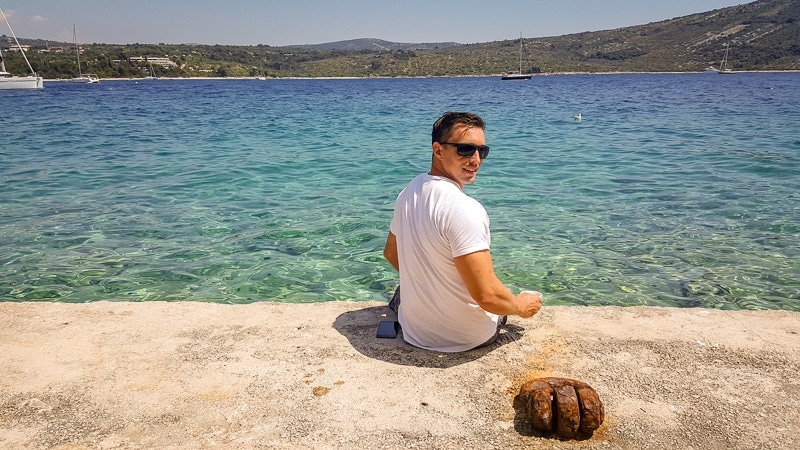 We rented a car and drove north from Split along the coastline. Figuring it wouldn’t take more than a few hours to get to the national park, we took our time and stopped for a long lunch. 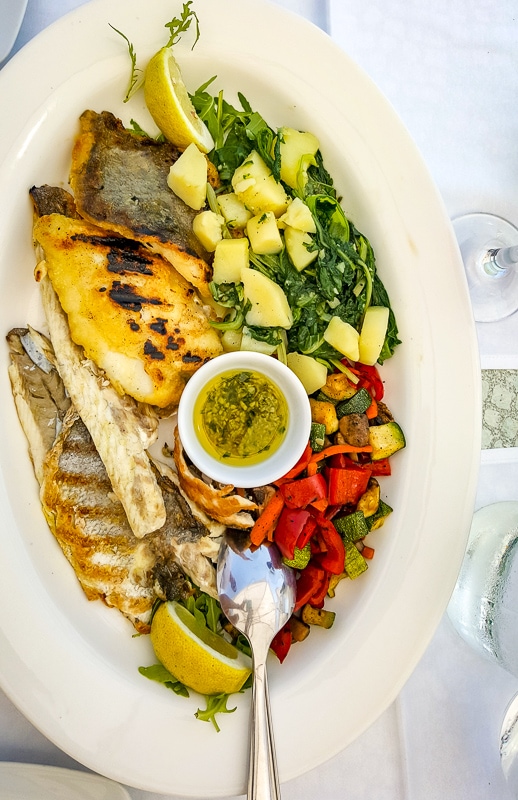 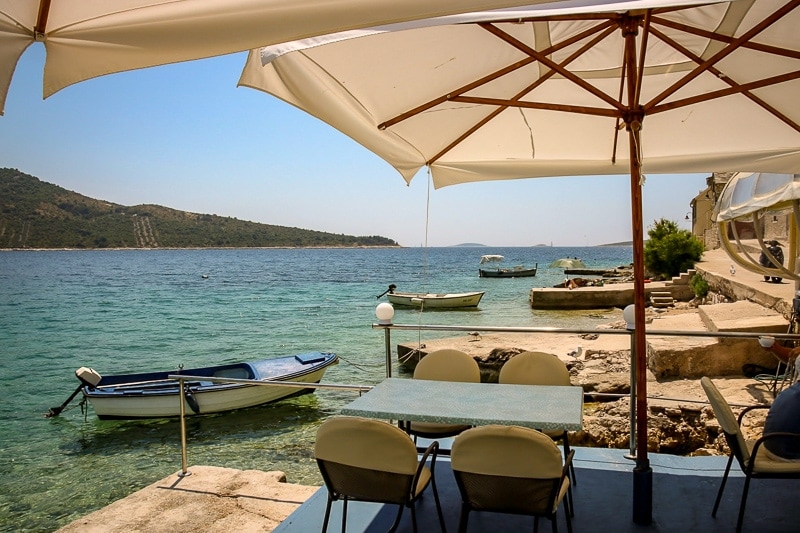 We ate at a little place called Ristorante Marina in the town of Primosten. 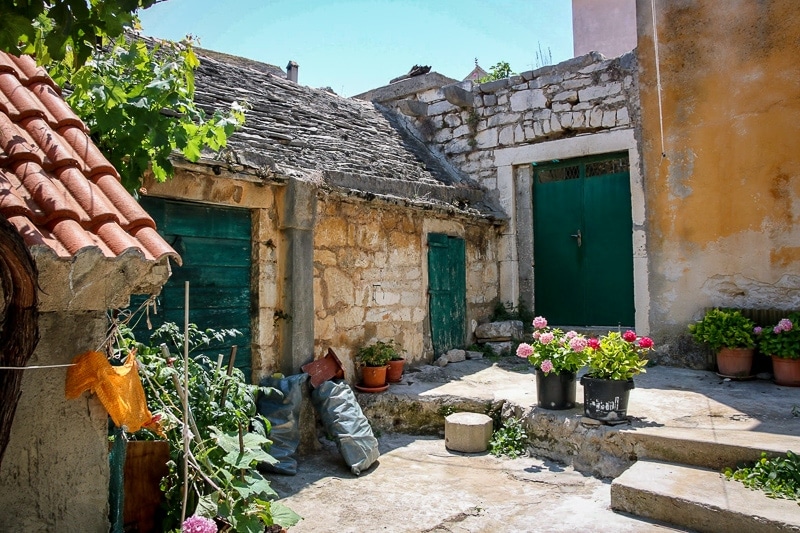 It was a gorgeous place to stop, stretch our legs, and walk around for a bit. 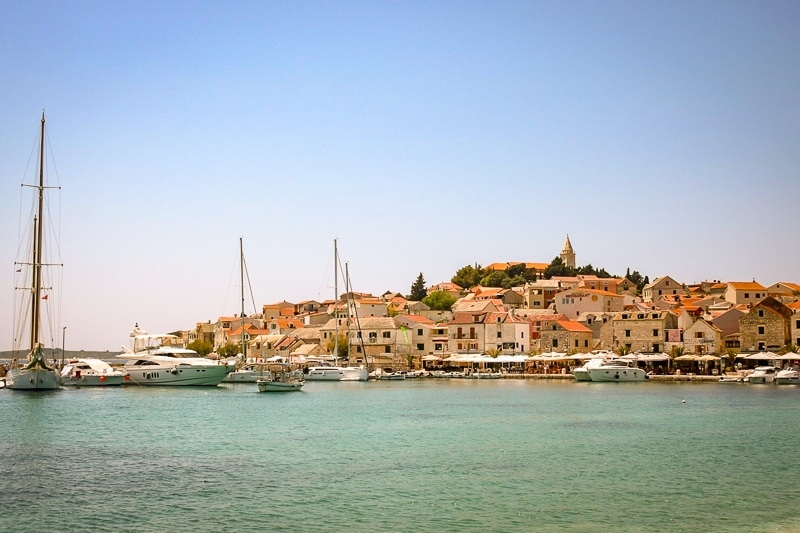 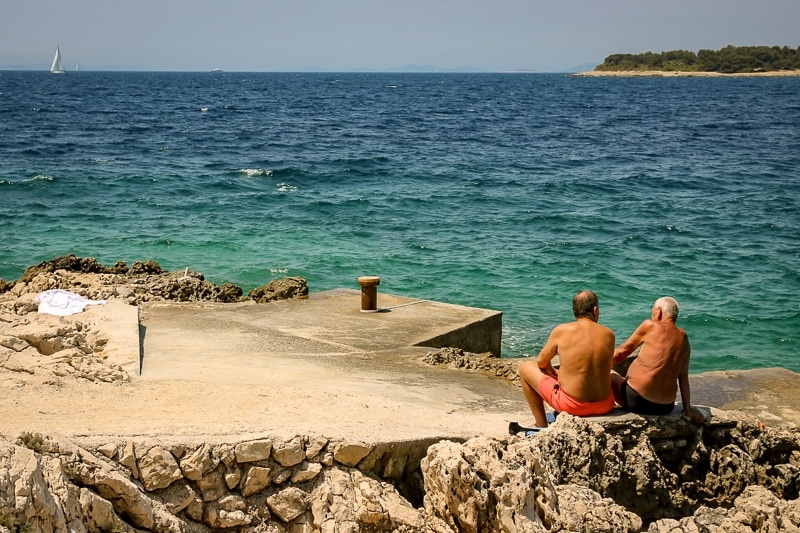 Of course, I needed to sample the local wine with our lunch! 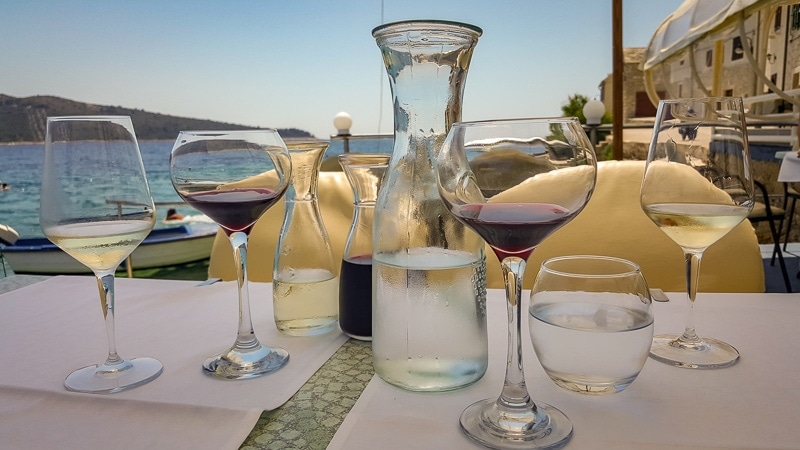 After moseying around for a bit, we realized we still had quite a long ways to go to get to the Lakes. As it turned out, we had only made it about an hour in the car before stopping for food.

After a loooong lunch break, we noticed some clouds rolling in. Being from the Pacific Northwest, we didn’t think much of it and kept on our merry way.

The drive was a LOT longer than we expected. By the time we arrived at the national park, we only had about 15 minutes to buy tickets before the last entrance of the day.

The man at the gate looked at us like we were crazy. He asked us several times if we were SURE we wanted tickets. He questioned our lack of an umbrella, and apparently our sanity. 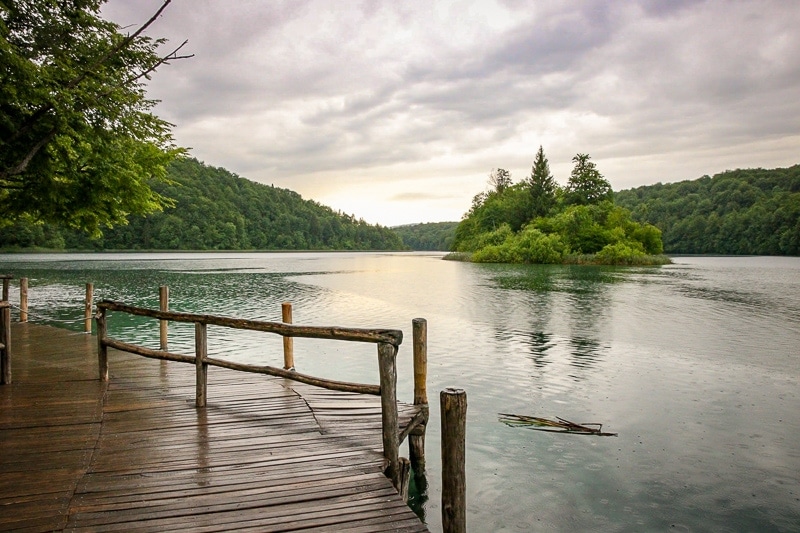 Once we got inside, we started to worry a bit. We realized we had no idea where to go and the park was closing in just two hours.

We finally found someone to ask, and we received yet another “are you sure you want to do this?” lecture before we jumped on the last shuttle bus heading towards the top of the waterfalls.

From there, it was meant to be a two-hour walk down to where the boat picks up you to return you to the exit. No one told us this until we were dropped off at the top. We looked at the map on the display board, and realized we were pretty much screwed.

Now we had to make our way all the way down to the bottom to catch the last boat back, or face potentially sleeping in the park (in the rain). 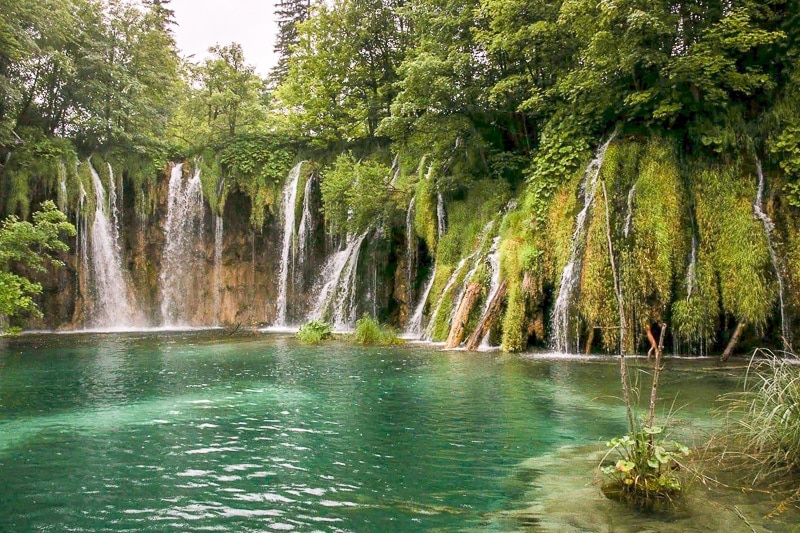 For some reason this installed a manic excitement in both of us. We had a great time jogging along in the rain, taking pictures with practically no light, and mildly panicking about being stranded outside overnight. 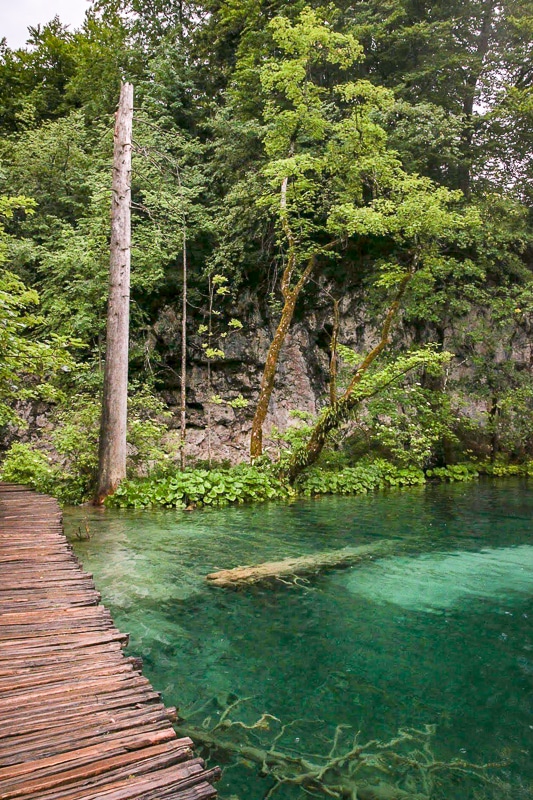 Maybe because it was raining, or maybe because we were the only people crazy enough to risk missing the last boat, but we had the entire place to ourselves. 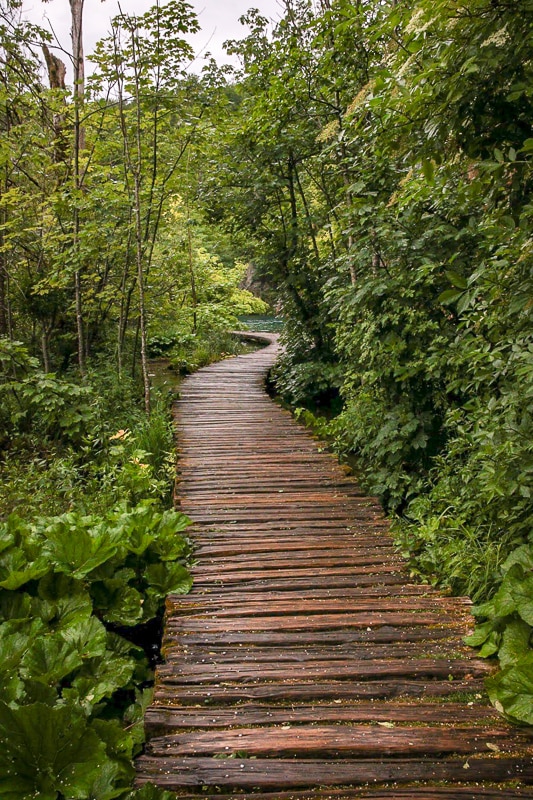 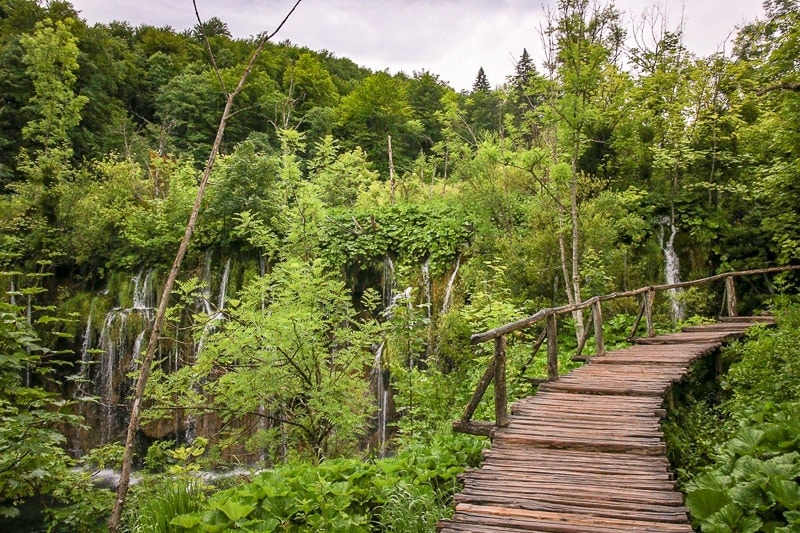 We made the two-hour walk in 45 minutes and walked onto the dock just as the last boat of the day was arriving. 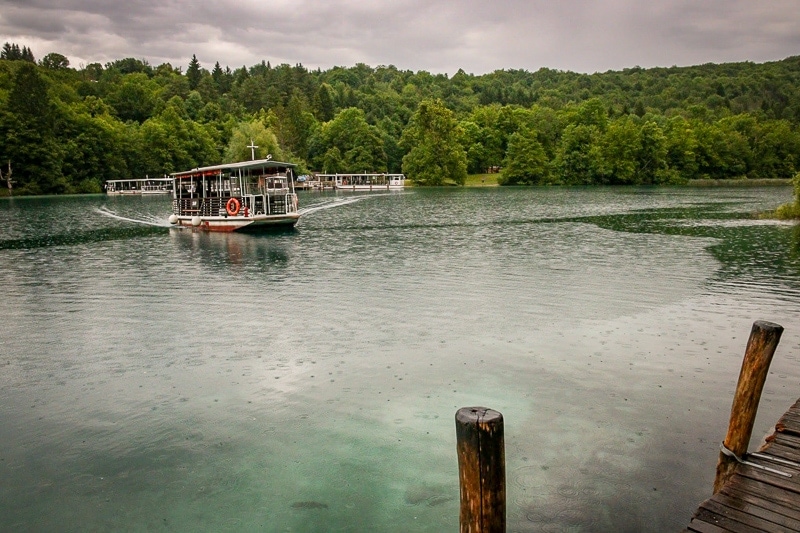 All of this could have been avoided had we done literally any research before we left Split, but sometimes you just have to learn things the hard way.

The second visit to Plitvice Lakes was about a week and a half later, after a short stint in Bosnia & Herzegovina.

Taliha and I were staying in Zagreb.  Our hostel organized tickets for us to join a tour to go to the park. Taliha hadn’t gone with me the first time, and since I had only seen it in 45 minutes in the rain, I was happy to go again.

The park was full of people due to the nice weather (and the daylight). 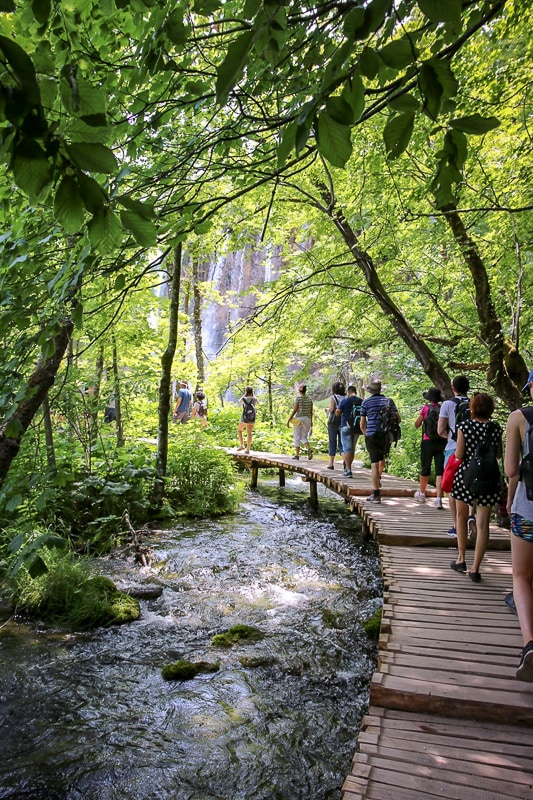 Because of the crowds, we spent most of the time walking in a single-file line behind other tourists. Occasionally we stopped and struggled to hear what our tour guide was explaining to the group.

We spent perhaps three or four hours in the park this time, so I got to see a lot more than on my first visit. 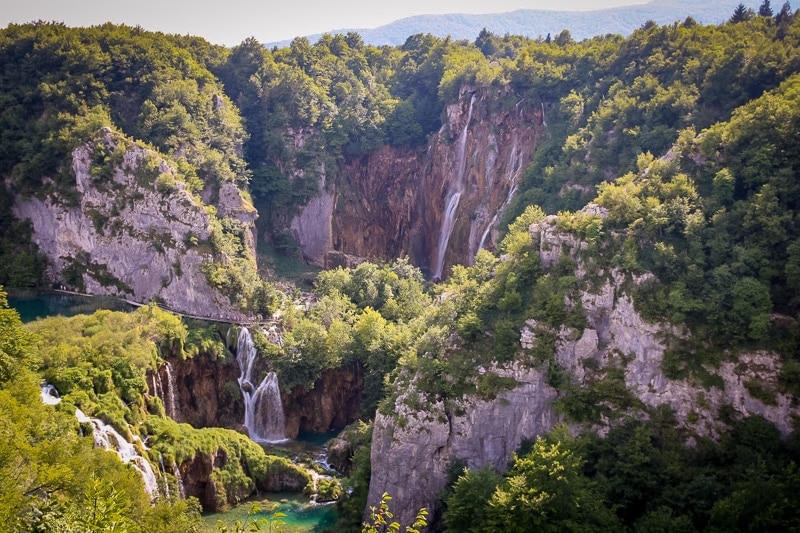 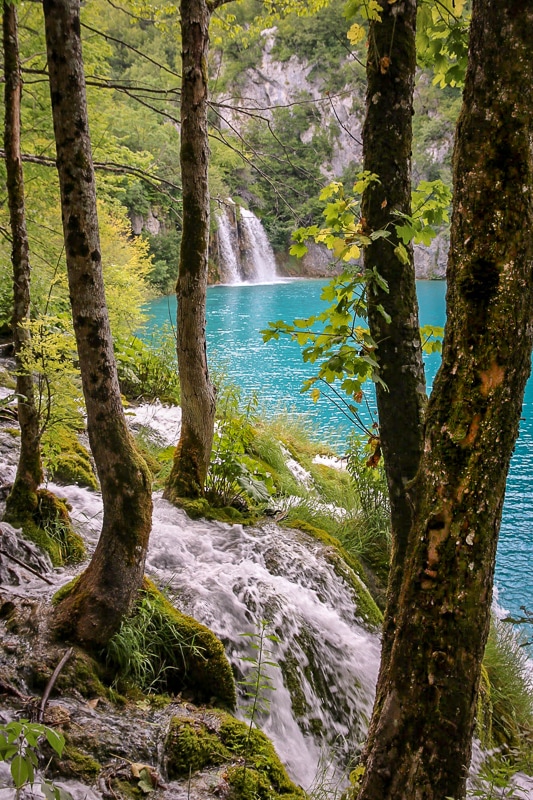 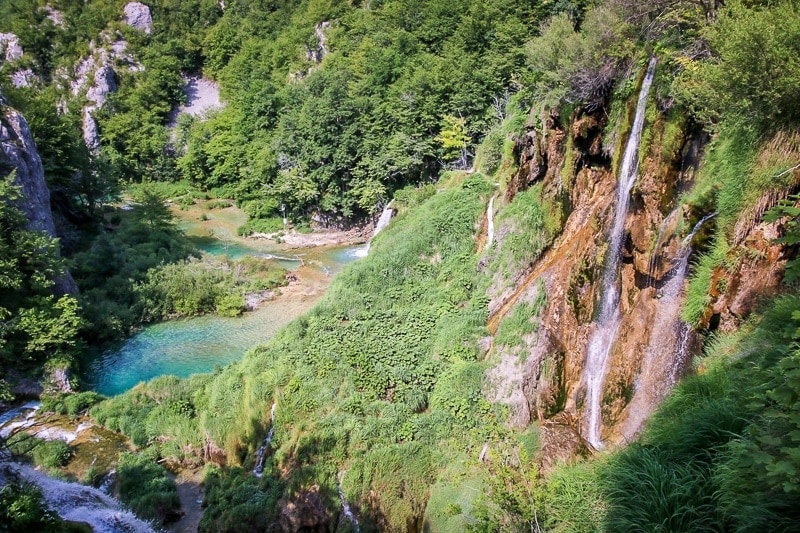 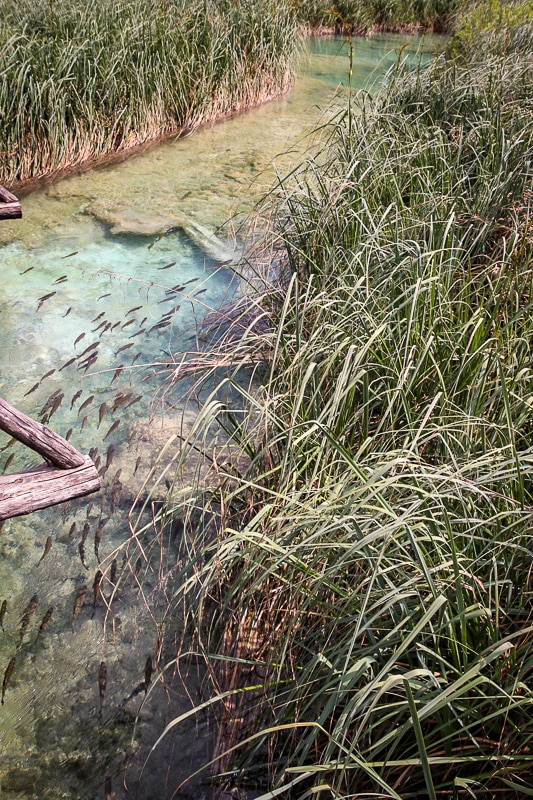 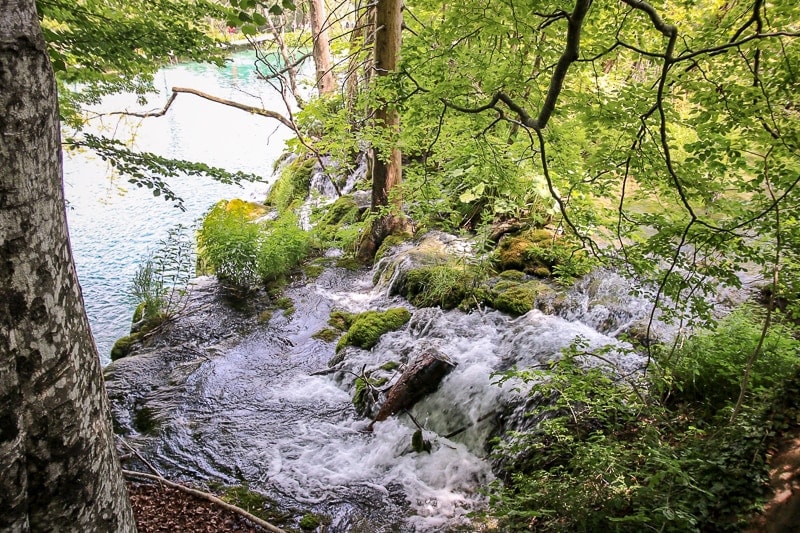 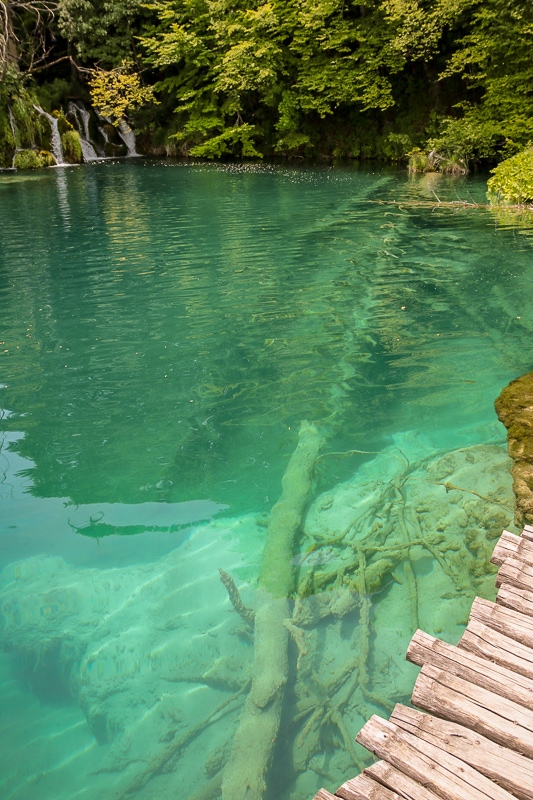 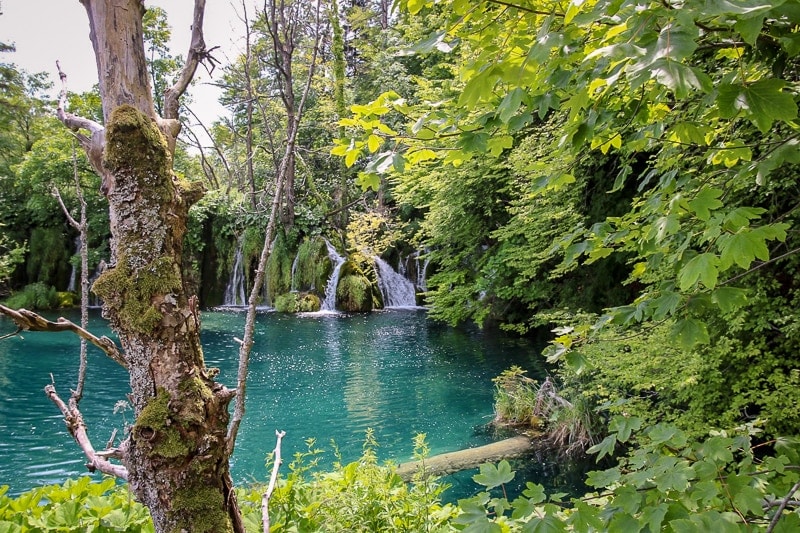 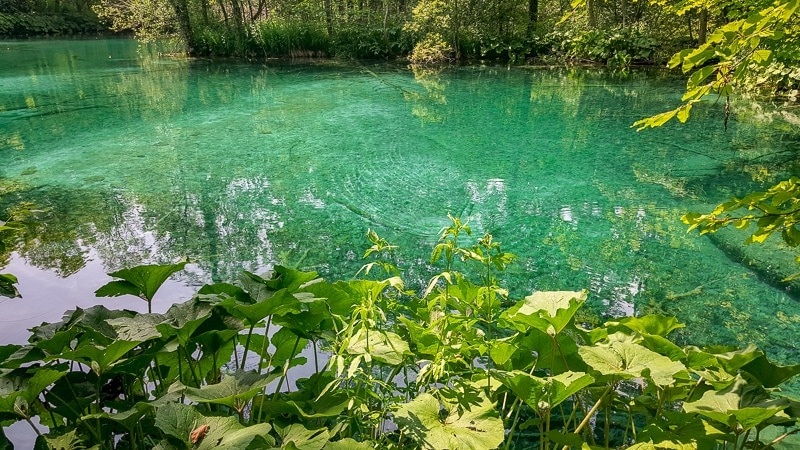 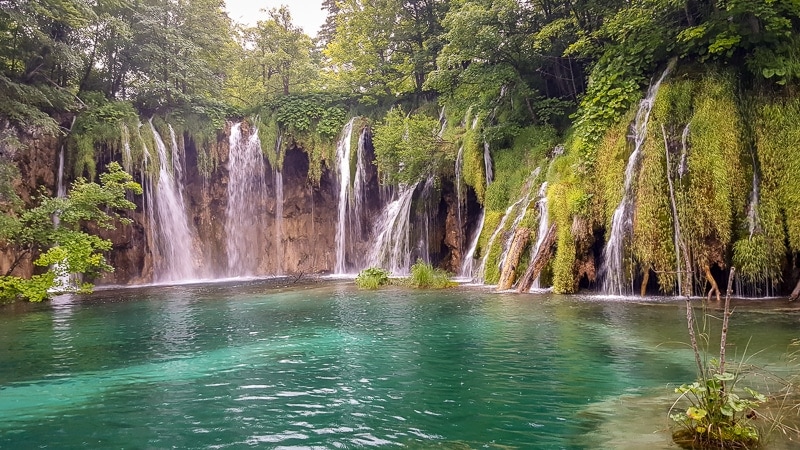 I didn’t have time to take very many nice photos because the crowds were tight and everyone wanted to keep moving.

So, there you have it. Two not-so-nice ways to see Plitvice Lakes National Park.

I loved my experience the first time because it felt like we had the entire park to ourselves. The rain didn’t really bother me, but it was too dark for nice photos.

The second time around I didn’t get very nice photos either, and I felt a bit like a sheep in my tour group.

If I were to do it all over again, here’s what I would do:

Either by rental car or public transportation, I’d get myself to the National Park and stay overnight in local accommodation. There are even a few hostel options* for fellow savvy travelers!

Then, I’d wake up early the next morning and be the first in line at the park. I’d rent one of the sweet little paddle boats in the afternoon when the crowds are rough. I’d eat lunch in the park, then go out again toward the end of the day and enjoy the sunset over the lakes.

Maybe someday I’ll make it back!