This Mushroom Swiss Chicken recipe is a delicious combination of chicken, Swiss cheese, brown mushrooms, bacon and yellow onion that tastes so good, I call it Chicken and Swiss Extraordinaire! 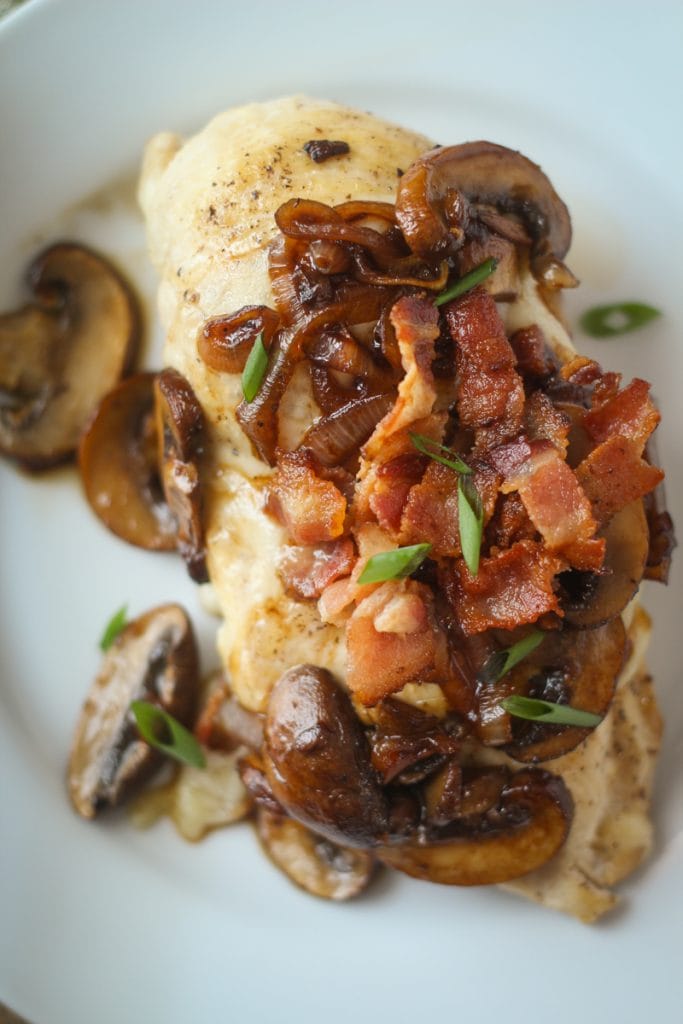 This Swiss mushroom chicken recipe was one of the very first things I learned how to cook; my mom taught me the recipe so I could stop living off of ramen noodles and Taco Bell.

I also used to make this all the time when I was on WeightWatchers – I just left out the bacon and used a bit of extra virgin olive oil as fat instead. 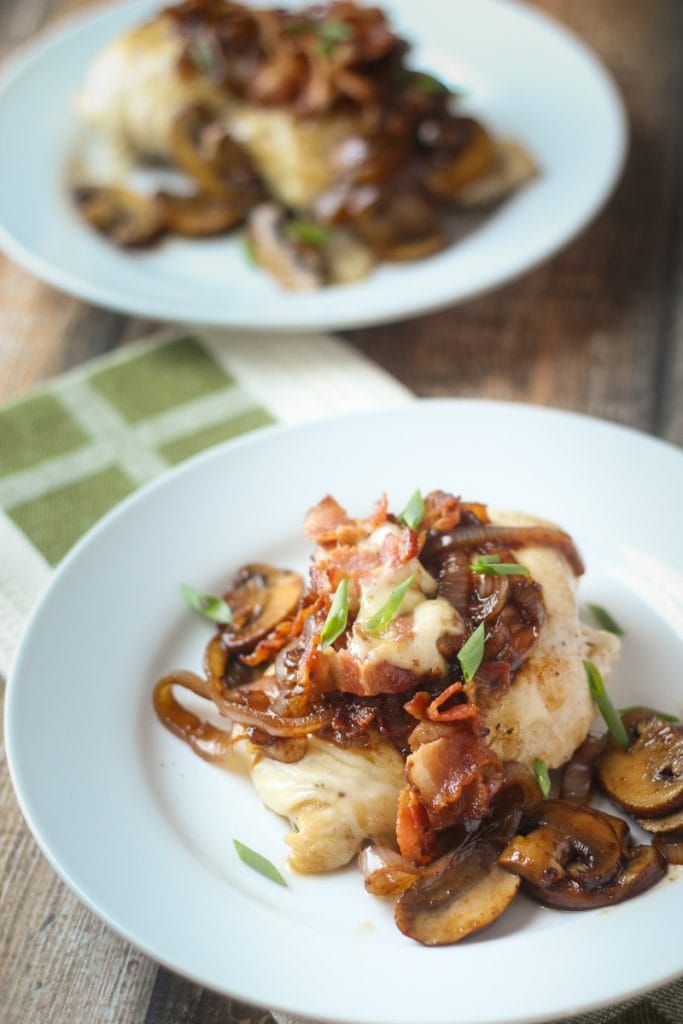 This mushroom and Swiss chicken is one of those dishes that is great to have in your arsenal for small dinner parties, impressing your in-laws, or just when you want to eat something that tastes like it was hard to make.

Do yourself a favor and heed my advice in the recipe about not crowding the mushrooms – I used to HATE mushrooms before I realized that I had been cooking them wrong. If you cook them too close together they steam rather than saute, which makes them rubbery in texture and really icky. Icky being a technical term here. 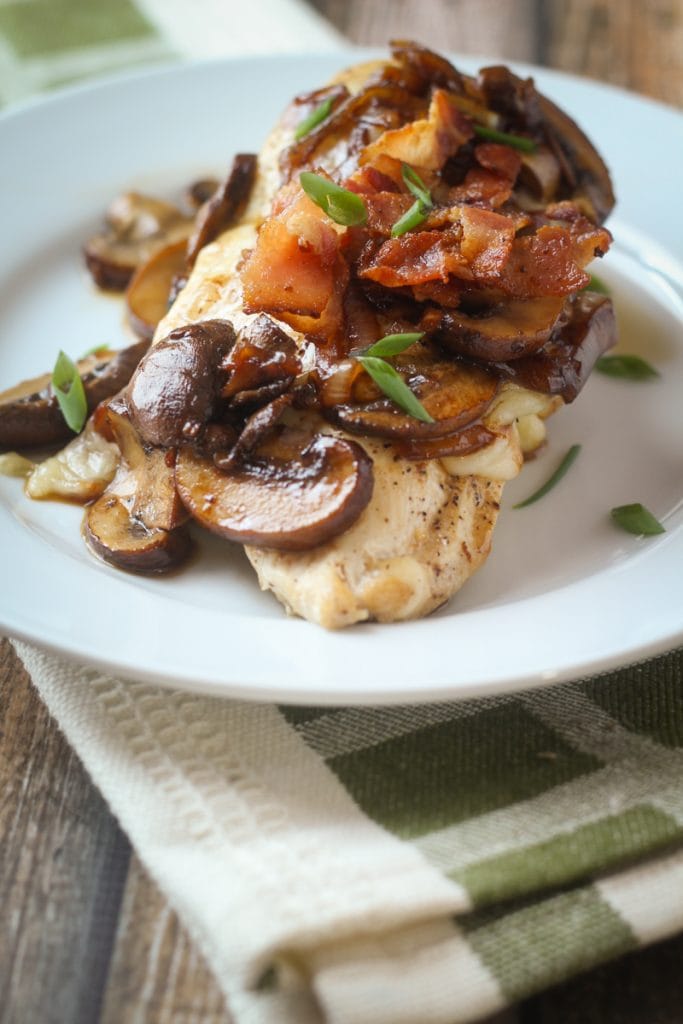 The husband was so impressed the first time I made this, then soon after he cooked me a meal of his own which consisted of overcooked fish and under-cooked rice. I ate every bite.

When I made this last week he was leering over me in the kitchen while I took the pictures. I swear, that man can smell bacon a mile away! 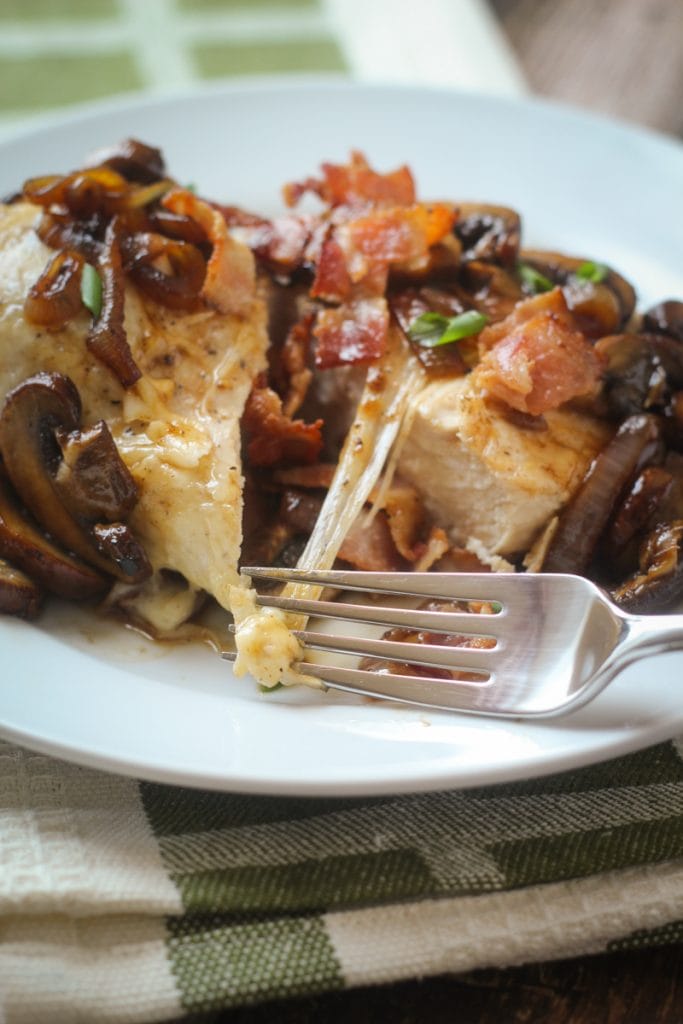 Oh, and cheese. He definitely loves him some cheese.

I asked my mom where this recipe came from, hoping it had some cool story behind it like being an old family recipe. Alas, she told me that it used to be wildly popular in earlier decades but has somewhat fallen out of fashion.

So, I leave it to you trendsetters to bring Chicken & Swiss Extraordinaire back to your dinner tables! 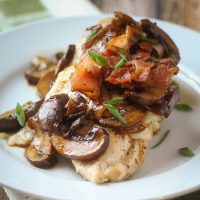