In this classic Middle Eastern Mujaddara recipe, humble lentils and rice are seasoned with warm spices and fried onions for a tasty and satisfying dish! 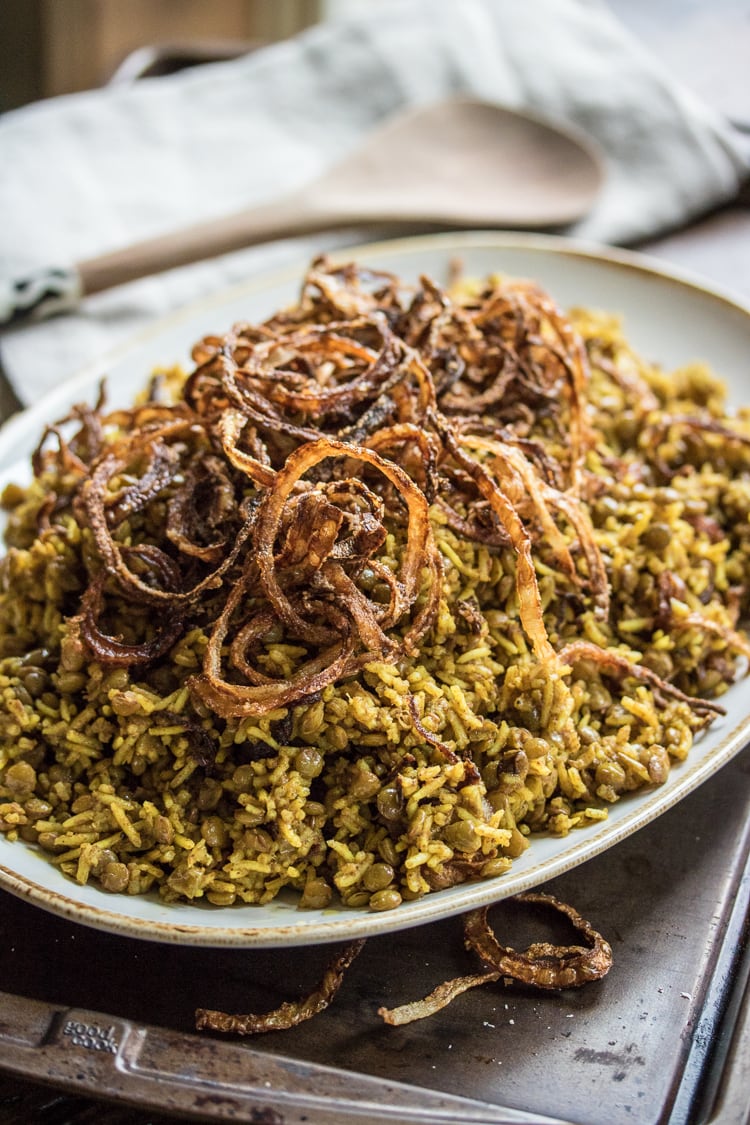 I’m a bit picky about my Mujaddara.

This is one of my favorite comfort foods and, like most comfort foods, I’m particular about the way I like it.

When I started talking with Frontier Coop about partnering on a post this month, I knew that it had to be Mujaddara. If there ever was a recipe that was completely dependent on the quality of spices, it’s Mujaddara!

Many cultures have their own version of rice and beans, and mujaddara rice (or majadra or m’jadra or mejadra or mujadara or mjadra) is common all across the Middle East. You can learn much more about the origins of mejadra and the variations in this Mujaddara article on Wikipedia.

Since I’m leaving in a few weeks to visit Israel and Jordan (along with Egypt, Portugal, and Hungary), I thought it was fitting to brush up on my Mujaddara skills. 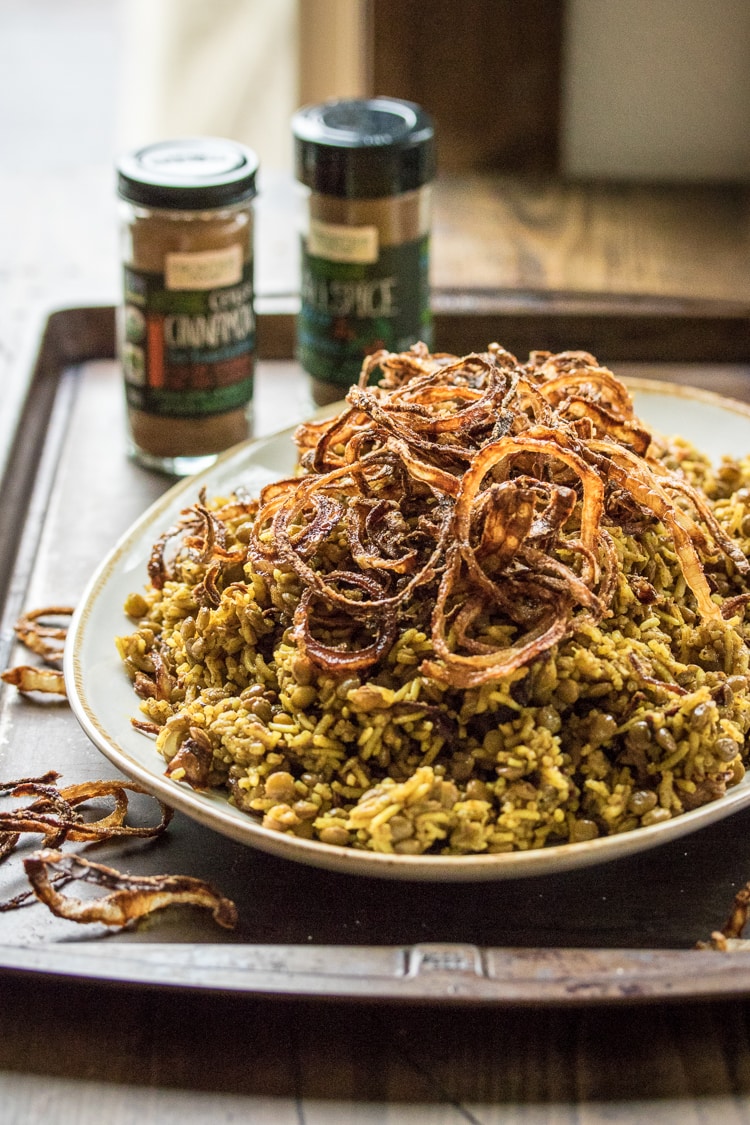 Let me tell you: I spent a lot of time working on the right portions and ratios for this lentil rice recipe.

I wanted to be able to cook the mejadra in a regular-sized pot (about 5 quarts or larger) without having to dig the gigantic pasta cooking pot out of the back of my cabinet.

Also, I didn’t want to spend a solid hour deep frying onions while the mejadra got cold.

In the end, I found that working with a cup of lentils, three-quarters cup of rice, and three onions did the trick.

I can use a regular pot AND I can actually finish frying the onions by the time the mejadra is done!

Now, for the most important part: the spices! 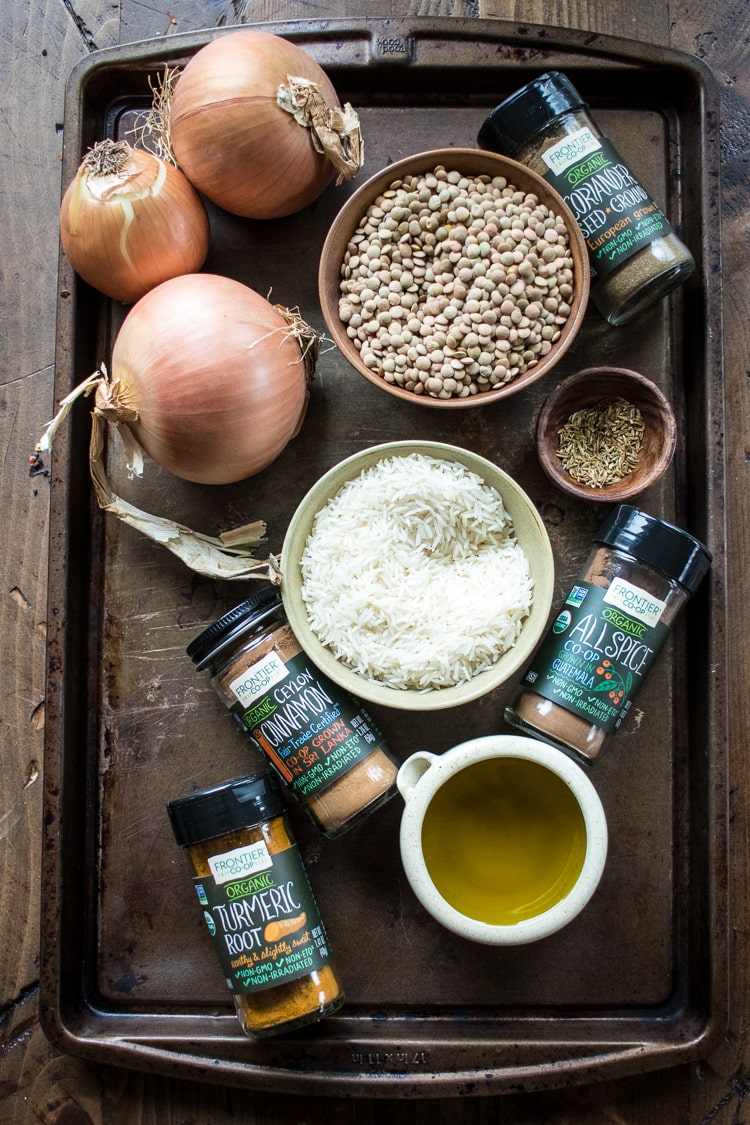 What you see above is everything you need to make this dish.

Okay, I lied a little bit. You also need salt, pepper, sugar, a little bit of flour, and vegetable oil for frying.

But really, those are pantry staples so you likely already have them lying around. 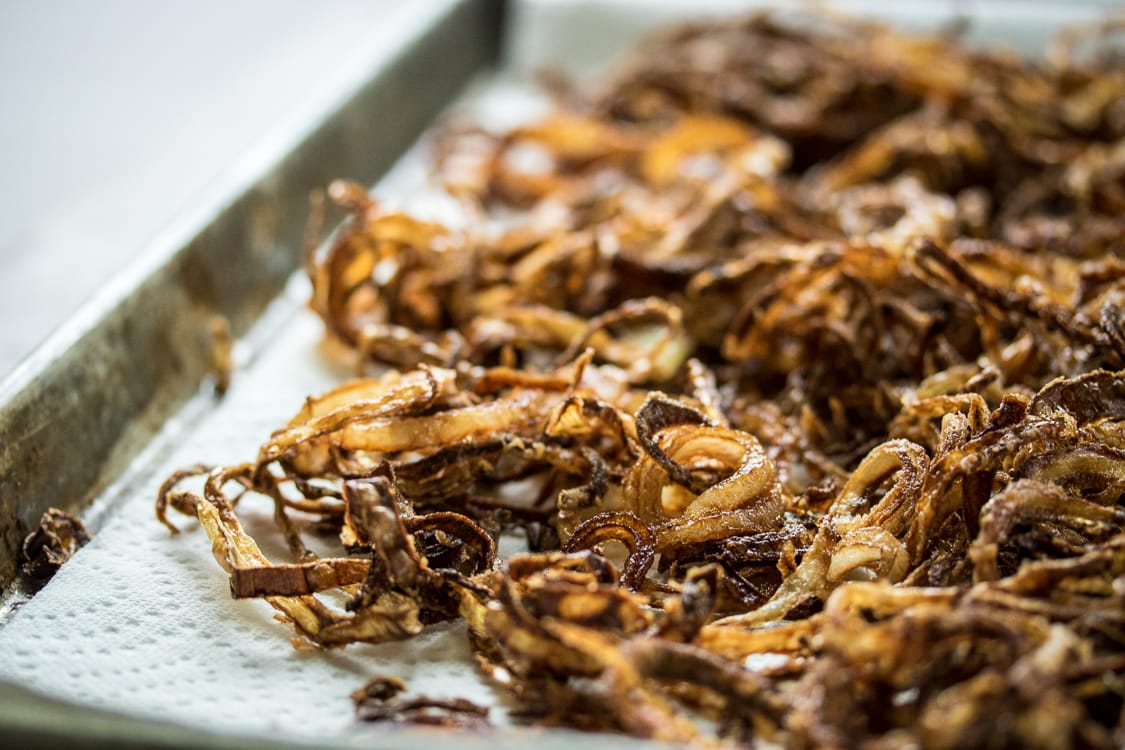 If you’ve never fried your own onions, you’re in for a big treat. They come out crispy with a hint of smoky caramelized flavor.

I won’t judge you if you make extra just to snack on. 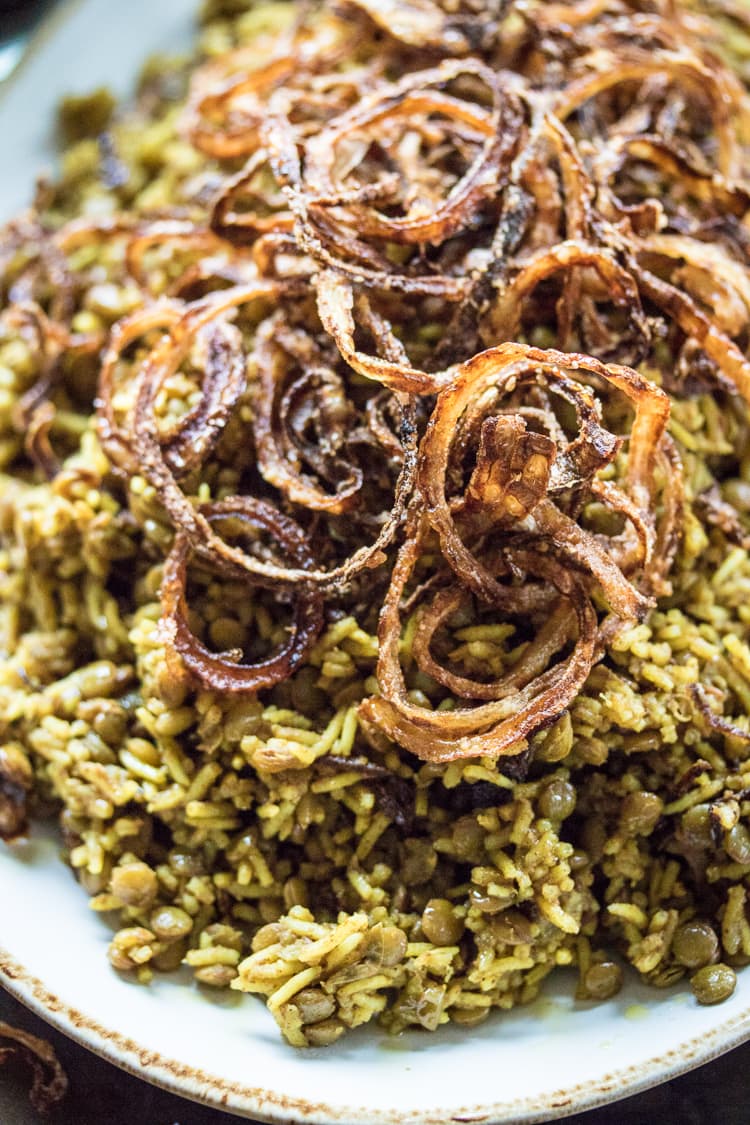 I spice my Mujaddara with a mixture of warm cinnamon, aromatic allspice, earthy turmeric, bright coriander, and fragrant cumin seeds.

I’ve said it many times before, but I’m incredibly picky about my spices — and for good reason!

Flavor is absolutely important, but so is sourcing. Take cinnamon, for example.

For this recipe I used ground Ceylon cinnamon that was co-op grown in Sri Lanka. Oh, and it’s Fair Trade, too.

This cinnamon is delicate, subtle, warm, sweet, and a bit spicy. It’s perfectly balanced so I can use it anytime I need cinnamon.

Now, I don’t have time to search around for high-quality, ethically sourced spices every time I make a recipe. Lucky for me, I’ve been partnering with Frontier since 2014, so I know all about their products and can spot them a mile away at the store.

It doesn’t hurt that their spice bottles are totally gorgeous, of course. 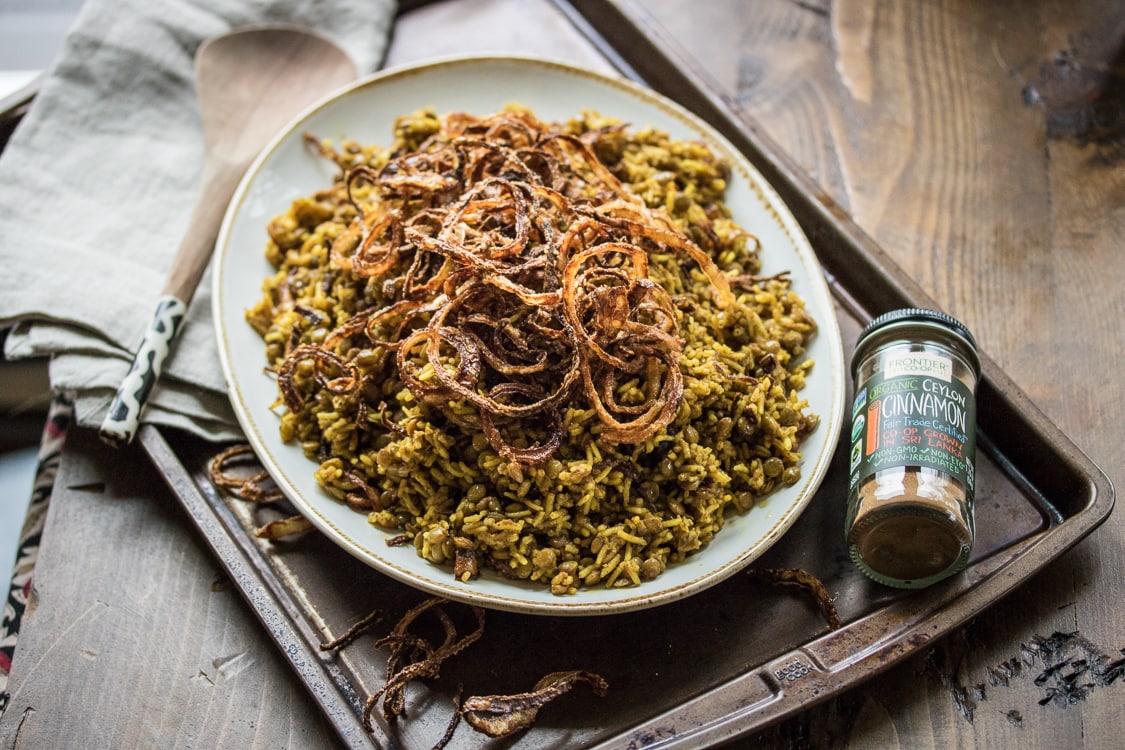 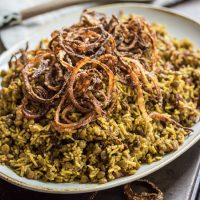 My good friends over at Frontier Co-op compensated me for my time to create this recipe. As always, all content and opinions are my own!