Blueberries add a little something special to this quick and easy cranberry blueberry sauce recipe! 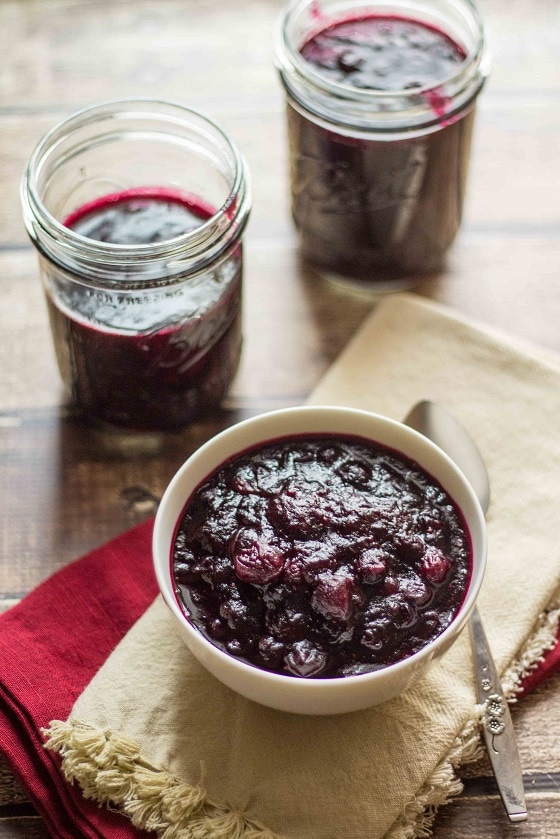 I really procrastinated on this one, guys. I know that in Blogland it is pretty much sacrilege to post a Thanksgiving recipe the day before Thanksgiving, but in my defense I got lazy and, uh, forgot.

SO here we are, one day before the big meal, and I’m hoping that you are as forgetful as I am and are in need of a good cranberry sauce recipe. 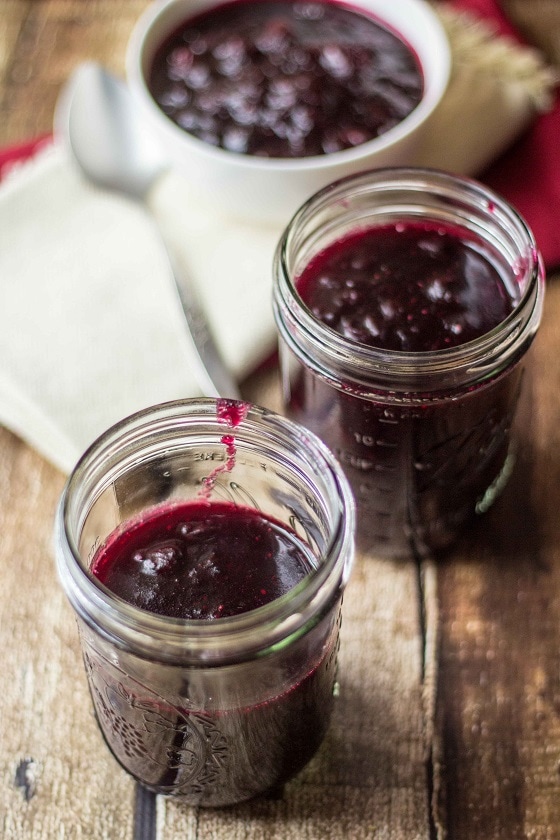 This is my second year being in charge of the cranberry sauce (after screwing up the turkey two years in a row I “gracefully” passed that duty on to other family members) and the second year that I’ve made this cranberry blueberry sauce recipe.

It still tastes mostly like cranberries, but it has just enough blueberries to make your guests ask what you put in it. 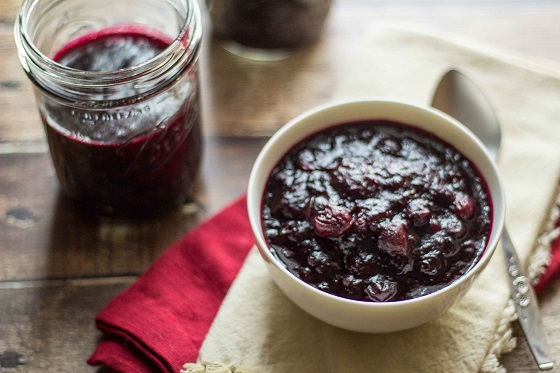 I like to make lots of cranberry sauce and freeze the leftovers it in mason jars (I buy these ones) to use throughout the year. I know that cranberry sauce seems like a holiday recipe, but with a little creativity you can find all sorts of extra uses for it.

Sometimes I like to make roast pork tenderloin and smother it in a rich cranberry sauce. You can also use this sauce to top your waffles or a big bowl of ice cream. 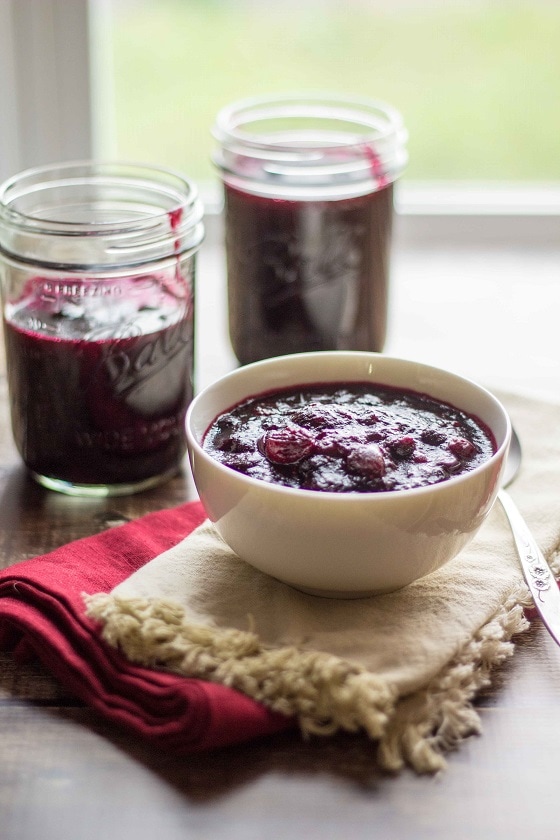 This year I’m going to get super creative with the leftovers and try the following:

I have no idea why all of these options are either breakfast or booze, but that’s just how my mind works I suppose. 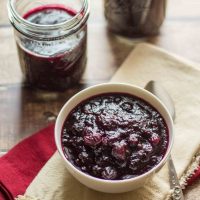