Vegan Southern Bowls are hearty, comforting, and the perfect way to use up leftover black eyed peas! Try this Southern vegan recipe today! 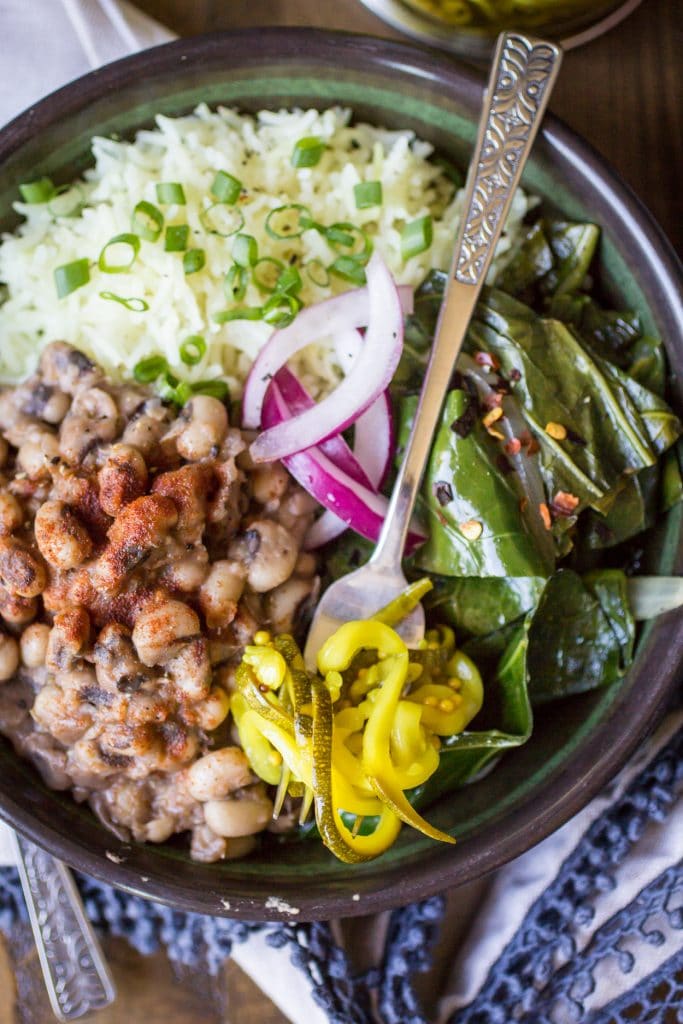 Now that we’ve made some Southern-style vegan black eyed peas and put up a few pints of spiralized zucchini pickles, what should we do with them?

I, like just about everyone else I know, have been super into bowl food lately. I’ve been itching to get my hands on this awesome cookbook.

In the meantime I’m just making up my own fun ways of shoving a bunch of food into a bowl and eating it in front of the TV.

It might have all started with my Vegan Cuban Bowls, but now it’s taking over my life and even my breakfasts (mainly due to sweet potato power bowls). 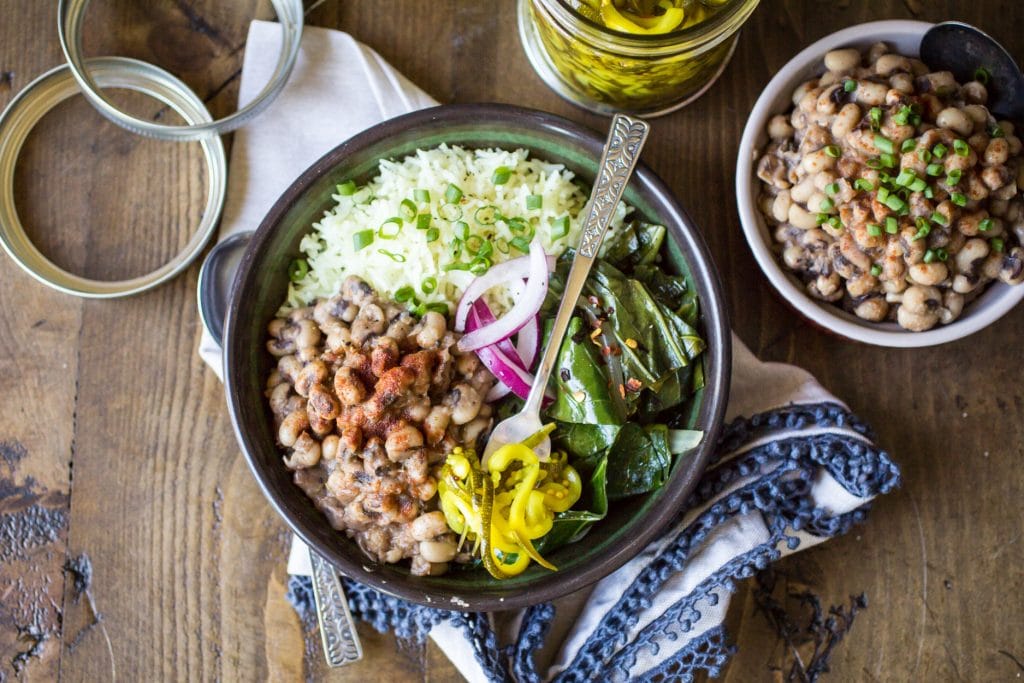 This vegan southern recipe uses up leftover black eyed peas and cooked rice, which means all you really need to do is do a quick saute of some collard greens and assemble everything in a bowl!

I love pickles with my vegan Southern food, so I chose to use up some of my zucchini pickles as a topping. You could just use regular bread-and-butter (aka sweet) pickles instead if it’s what you have in the fridge!

Being one of the rare people on the planet who loves raw onion, I simply sliced up some red onion to throw on top as well.

If you’re more sensitive to the sharp bite of onions, you can do one of three things: 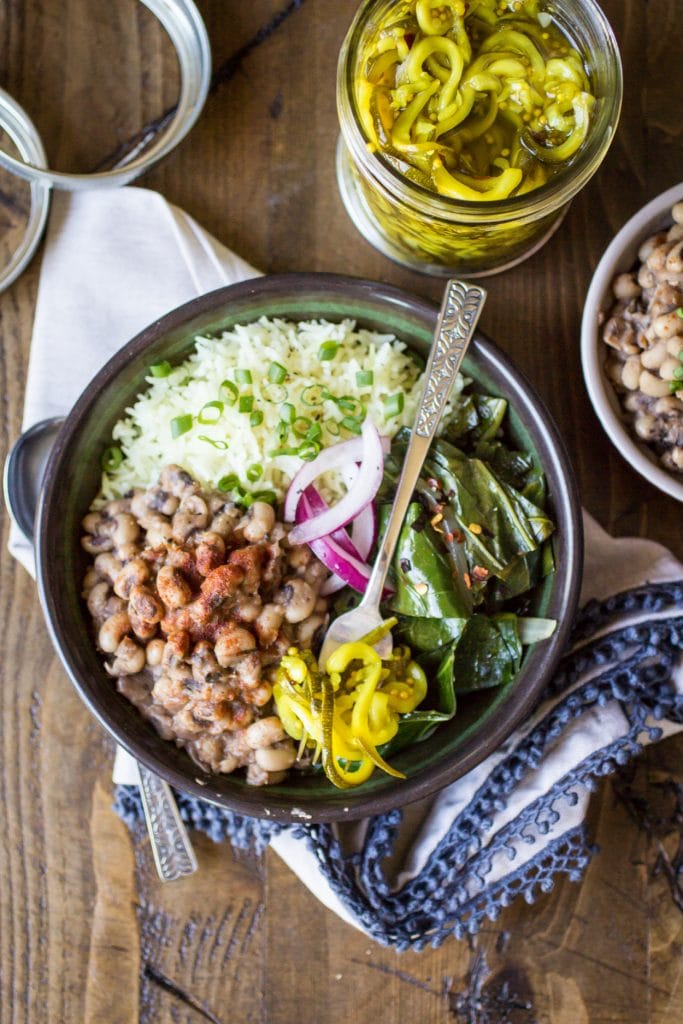 I actually made this vegan southern food recipe while camping a few weeks ago and it was so perfect for eating by the fire.

OK, so when I say I “made” this when I went camping, what I mean is that I made all of it ahead of time and put it in the cooler, then assembled it into bowls on the picnic table, then begged my parents to turn on their RV generator so I could heat it up in their microwave. 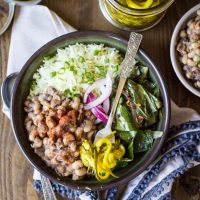