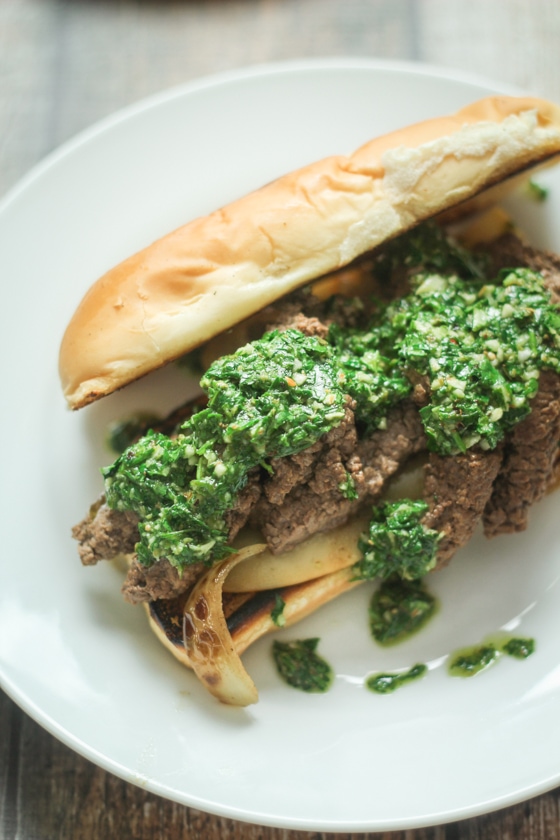 One of the most requested dinners in our house is the Espresso Rubbed Steak with Chimichurri Sauce. I do love that recipe, but sometimes I need to shake things up a bit, which is how this sandwich came into being. 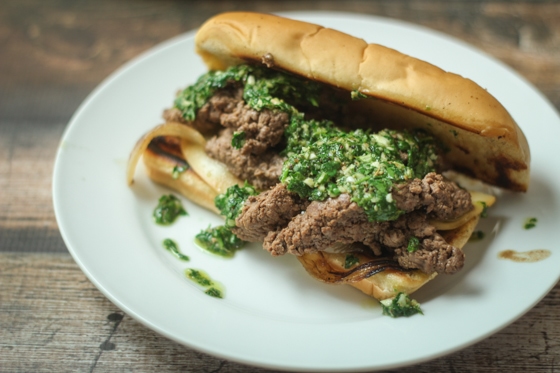 You’ll want to pick up some cube steak for this steak sandwich with chimichurri recipe so you can achieve that melt-in-your-mouth tenderness you’re going for.

Cube steak is just round steak that has been extra-tenderized, so if you can’t find cube steak you can just ask the butcher at the meat counter to tenderize round steak for you.

Chimichurri sauce comes together in a snap in a food processor.

for the sake of convenience. If you don’t have a food processor, you can also use a blender (here’s a link to the one I have and love

If you’ve never had chimichurri sauce before, you’re in for a real treat!

Chimichurri sauce is a traditional Latin America condiment made up of a mixture of fresh herbs, spices, and vinegar, which makes a great steak sandwich sauce.

Not all recipes call for cilantro, but you know I couldn’t resist adding some in to my version! 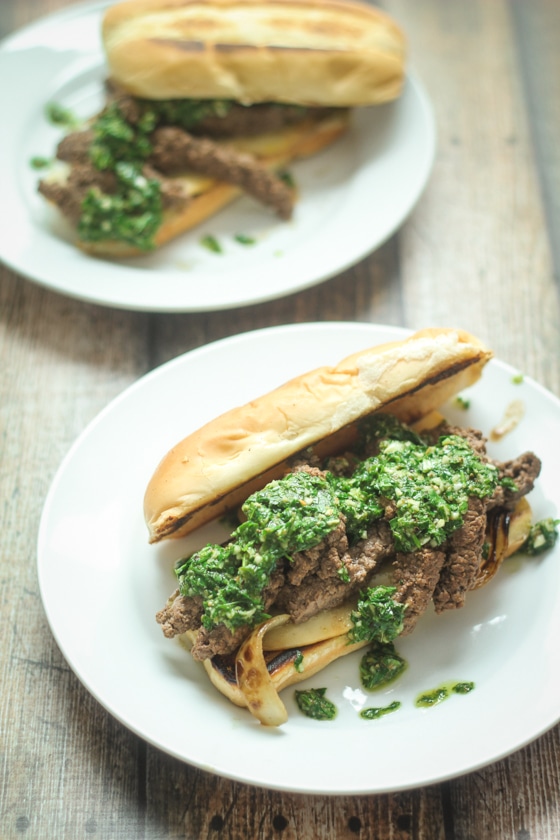 You’ll want to brown the onions and meat in a very hot skillet to get maximum flavor and deliciousness.

I used my favorite cast-iron skillet

, but sometimes I use this non-stick pan

if I’m too lazy to lug my cast-iron out of the bottom drawer.

The combined flavors of the savory meat, acidic onions, fresh chimichurri, and melty cheese is just unreal. It’s everything you’d ever want in a hot, delicious chimichurri sandwich. 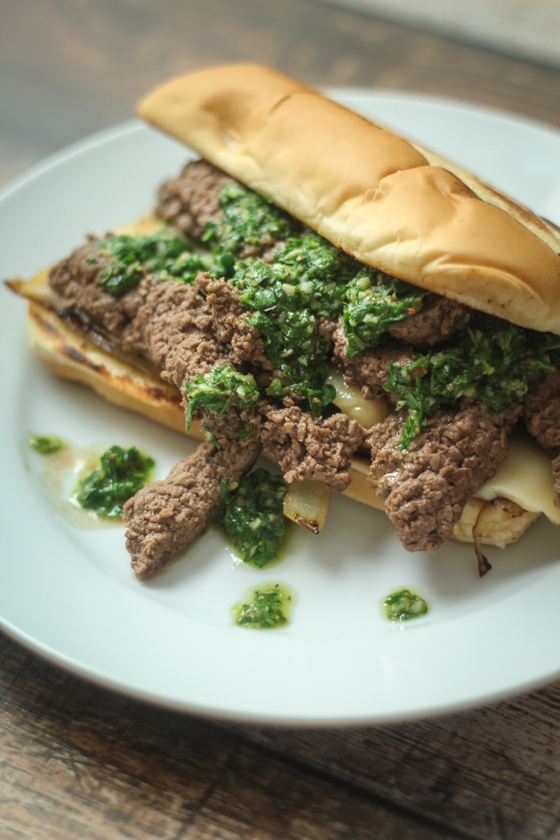 Ready to dig in to this Chimichurri steak sandwich? 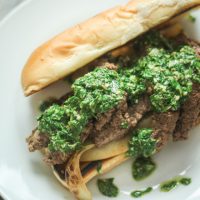