This Chinese Almond Chicken recipe mixes chicken, almonds and sugar snap peas on top of noodles make this a tasty dish that cooks in only 15 minutes! 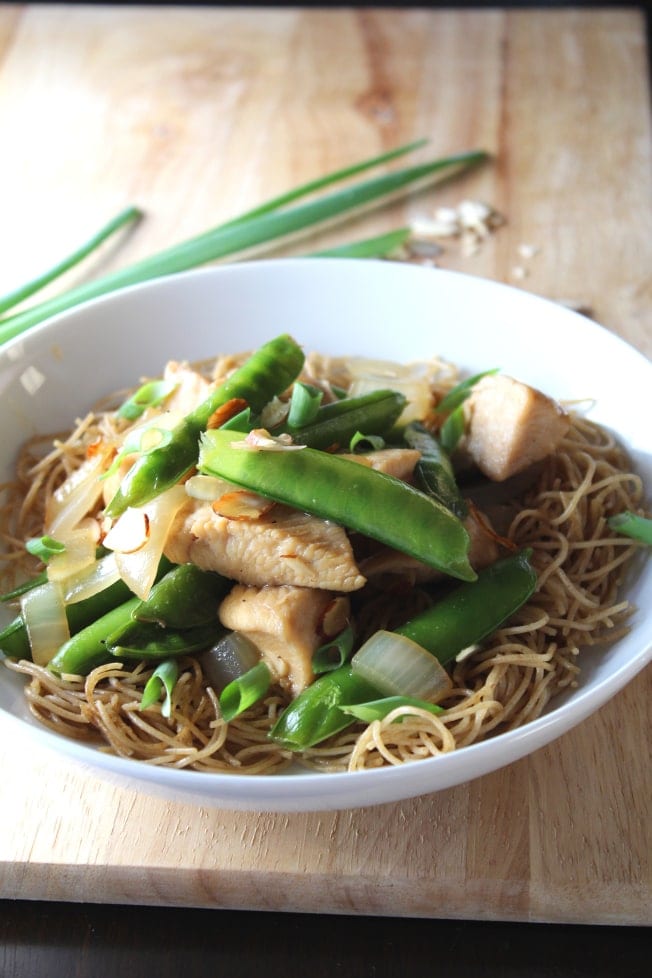 I very rarely cook Chinese food because I usually can’t help but throw some fish sauce or lime juice into anything I make in a wok. Thus, most everything veers into the Thai-food realm rather than remaining strictly Chinese. I stuck to my guns on this dish and was really glad I did.

I had the idea in my head to make Chinese Almond Chicken and then just happened to find a big bag of snap peas at my office that same morning.

One of my friends lives on a farm with her husband so she brings in fresh produce when they have too much to eat themselves or sell in town. Lucky for me, these little beauties went perfectly with the smooth tang of the sauce and the crunch of the slivered almonds. 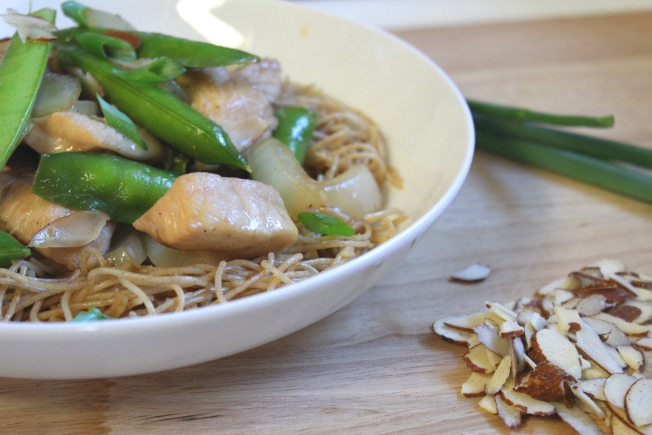 Did I mention that this whole bowl of chicken, veggies, and noodles is under 500 calories? Uh, because it is.

I originally had thought about serving this Chinese Almond Chicken dish with rice, but since we eat so much Asian food in our household I’m kind of sick of it lately. 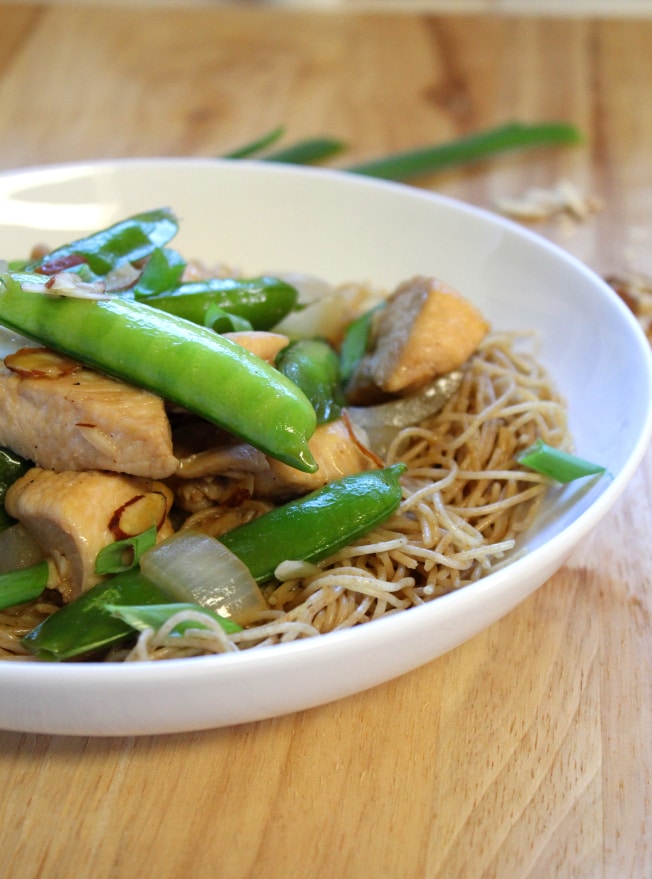 Instead, I cooked up some whole wheat angel hair pasta until it was al dente, then fried it in some sesame oil and soy sauce to give it a little texture. It turned out somewhat similar to lo-mein.

They worked perfectly to soak up the sauce and bulk up the dish – I don’t think it would have been the same with plain old rice! These noodles made the dish so delicious! 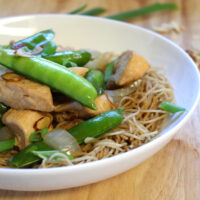