A simple snack or breakfast recipe for delicious mascarpone toast with burst tomatoes! 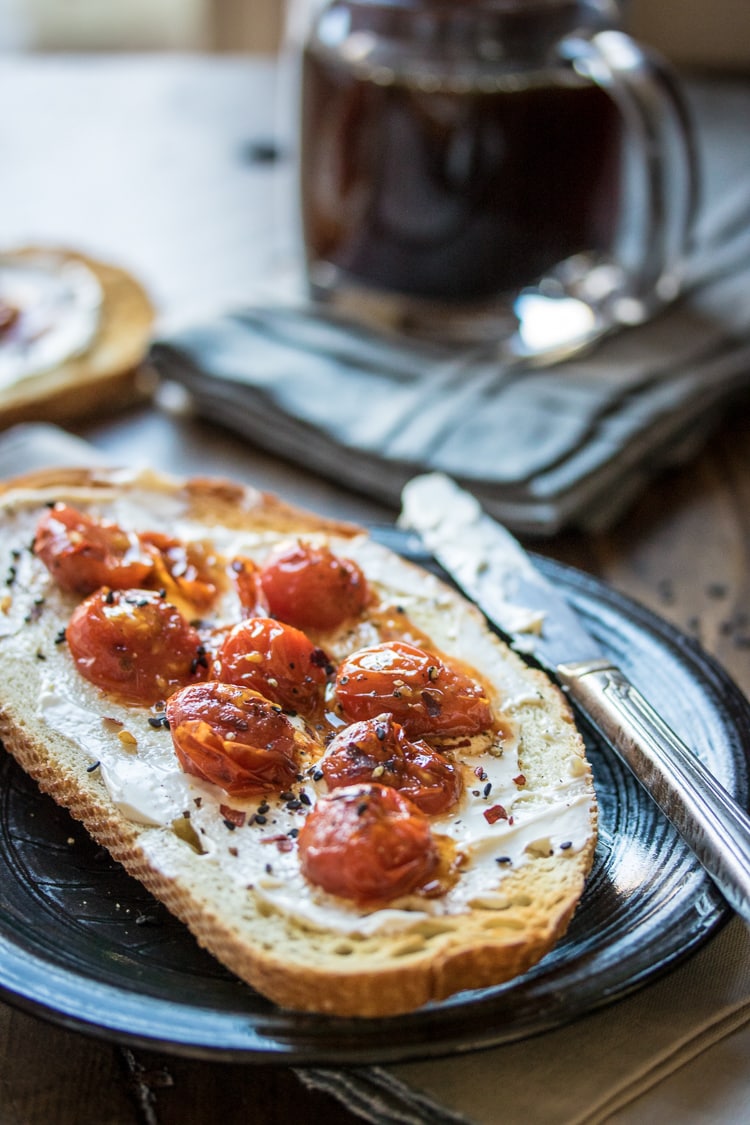 I started eating this as a way to use up leftover mascarpone that my parents left here after Christmas. We had made a salad dressing that called for a very small amount of the creamy Italian cheese, so I was left with the majority of a tub. What’s a girl to do??

Obviously, smear it all over some toast and top it with warm burst tomatoes. 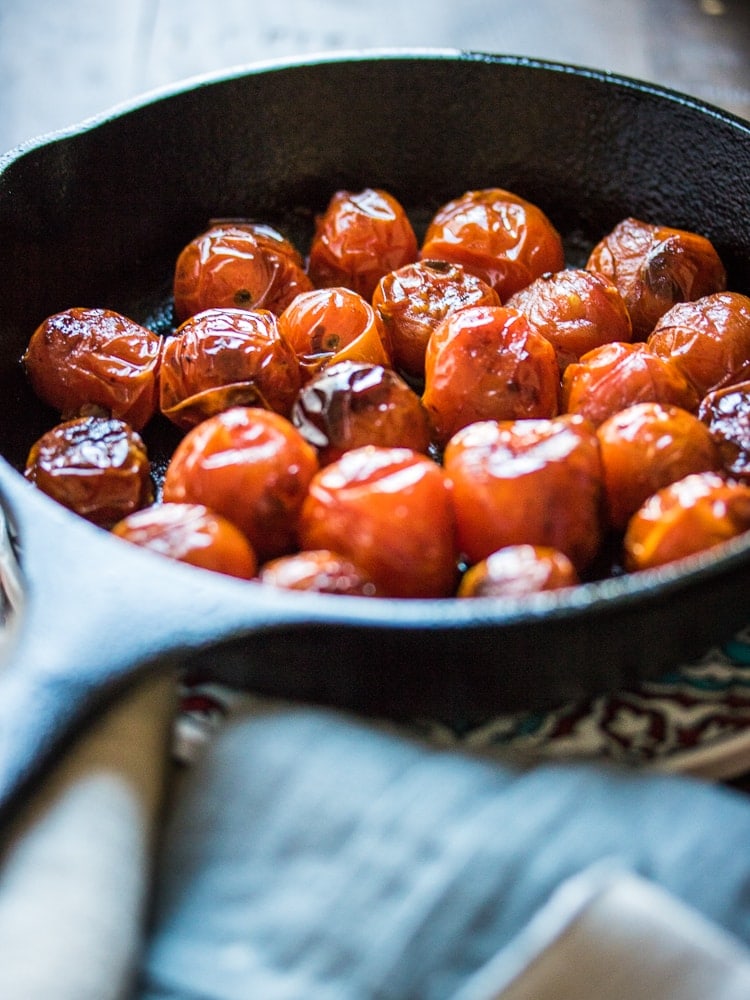 I’ve been eating tomatoes-on-toast for ages, but I usually do it with fresh tomatoes. Only, the thing is, this time of year… tomatoes kinda suck.

In the summer I can grab them from my garden (just kidding, I killed all my plants last year), or find them at just about any market.

The winter, on the other hand, leaves us with nothing but hard, pink tomatoes. It’s a tough life.

To side-step the problem of less-than-ripe tomatoes, I started throwing them into a hot skillet. This caramelizes the (few) sugars in the tomatoes, and it also concentrates their flavor.

Once the tomatoes become blistered and burst open, they shrink down into a little bite of condensed tomato goodness. 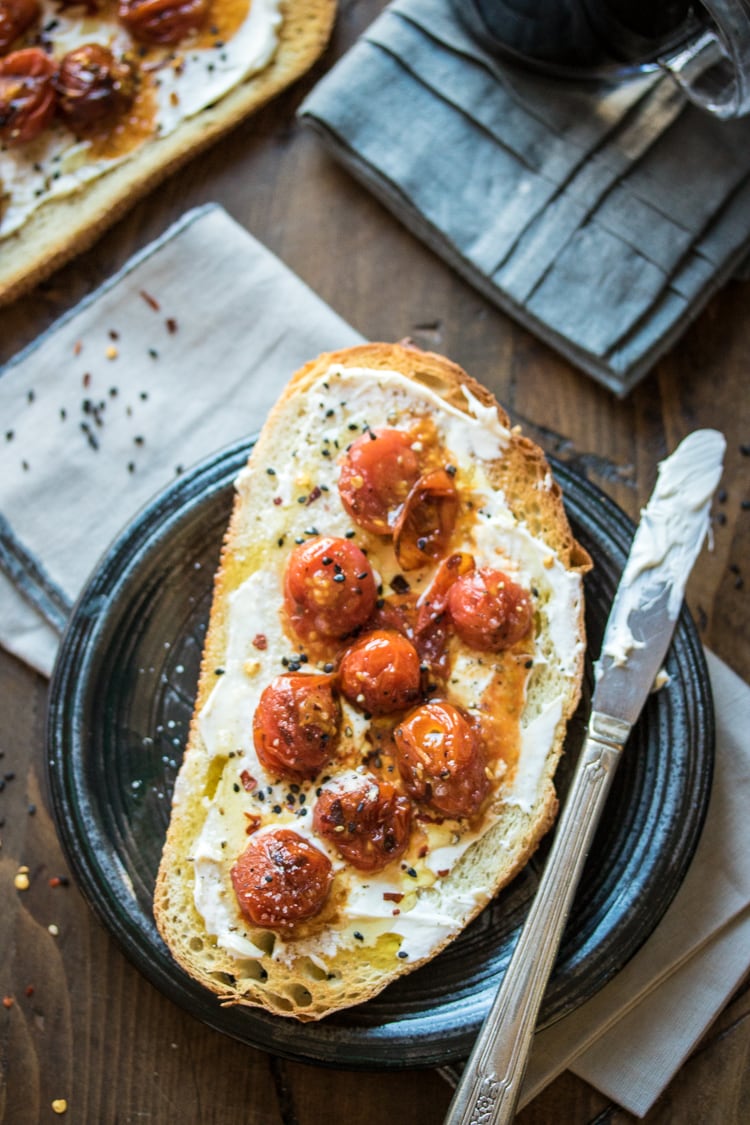 One important thing: use a fork to gently prick and smoosh down the tomatoes while they cook so the hot juice doesn’t blast you in the face when you bite into them. Lesson learned.

Oh! And make sure you use the *good* olive oil when you make this. It just takes a little drizzle but it’s totally worth it. 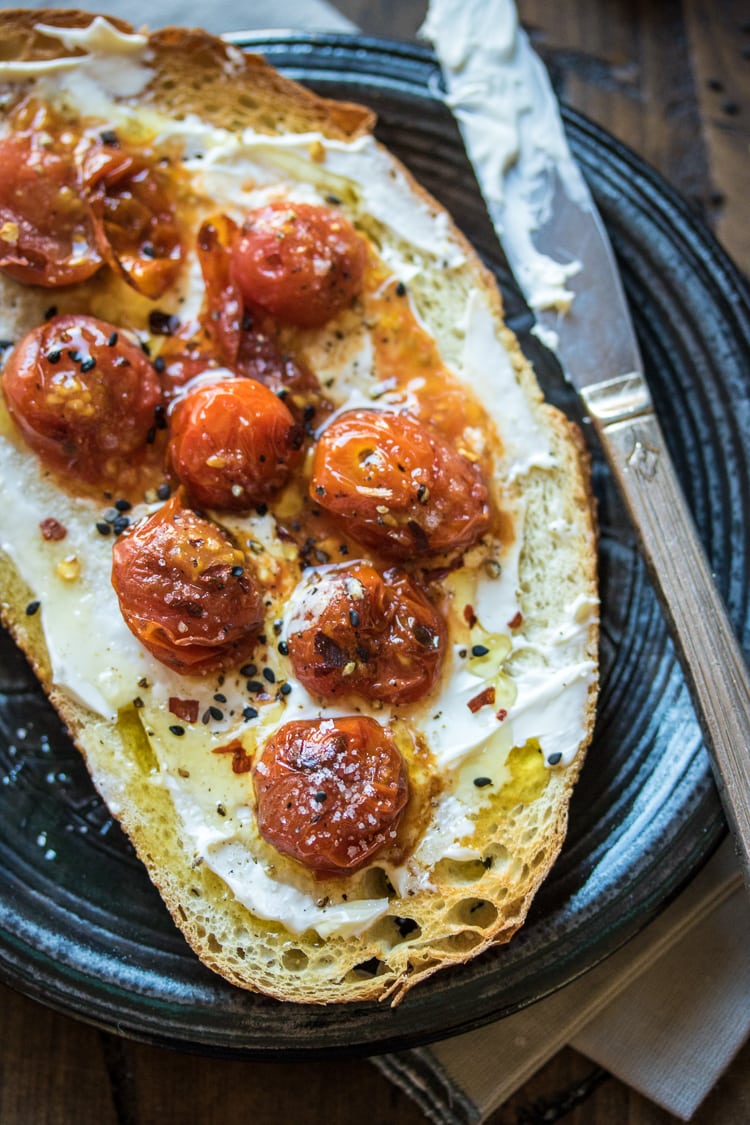 If you’ve been hoarding some fancy sea salt in your pantry, now is the time to use it. The black sesame seeds and red pepper flakes are optional, but I like them because they are pretty.

I bet you didn’t think I could talk so much about a tomatoes-on-toast recipe, did you? 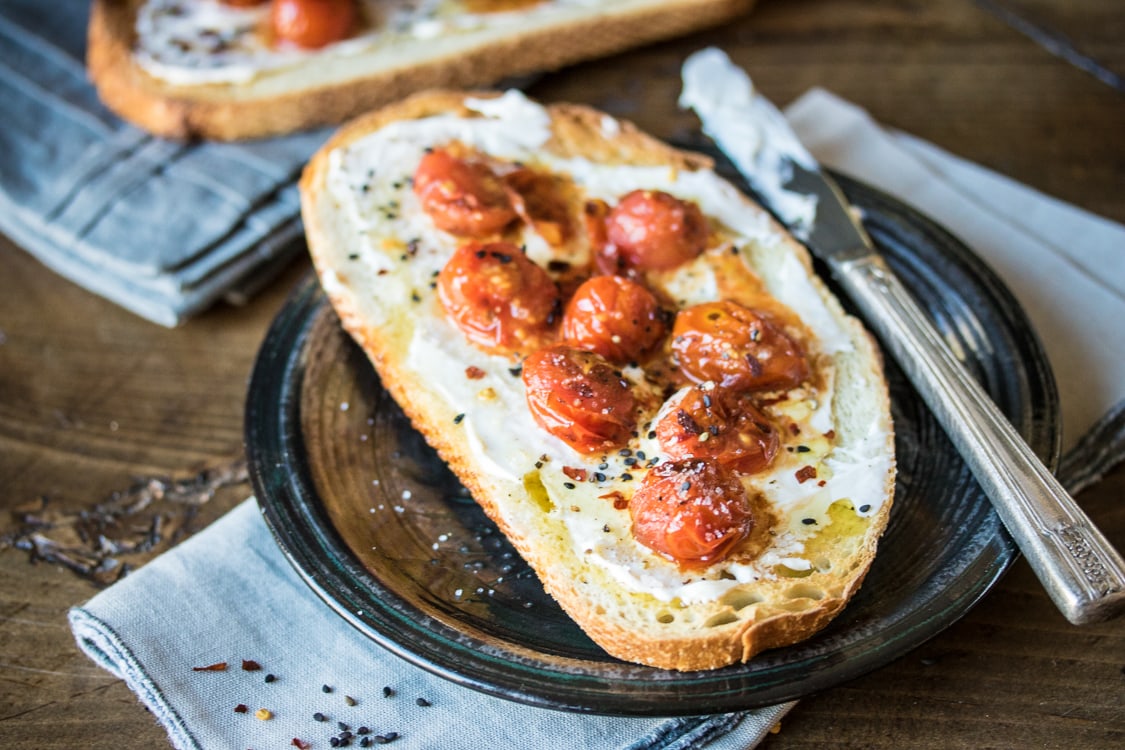