Melitzanosalata, or Greek Eggplant Dip, is a simple yet tasty dish of roasted eggplant, garlic, oil, and lemon juice. It’s perfect spread on toasted bread, or as party of a larger Greek meze party! 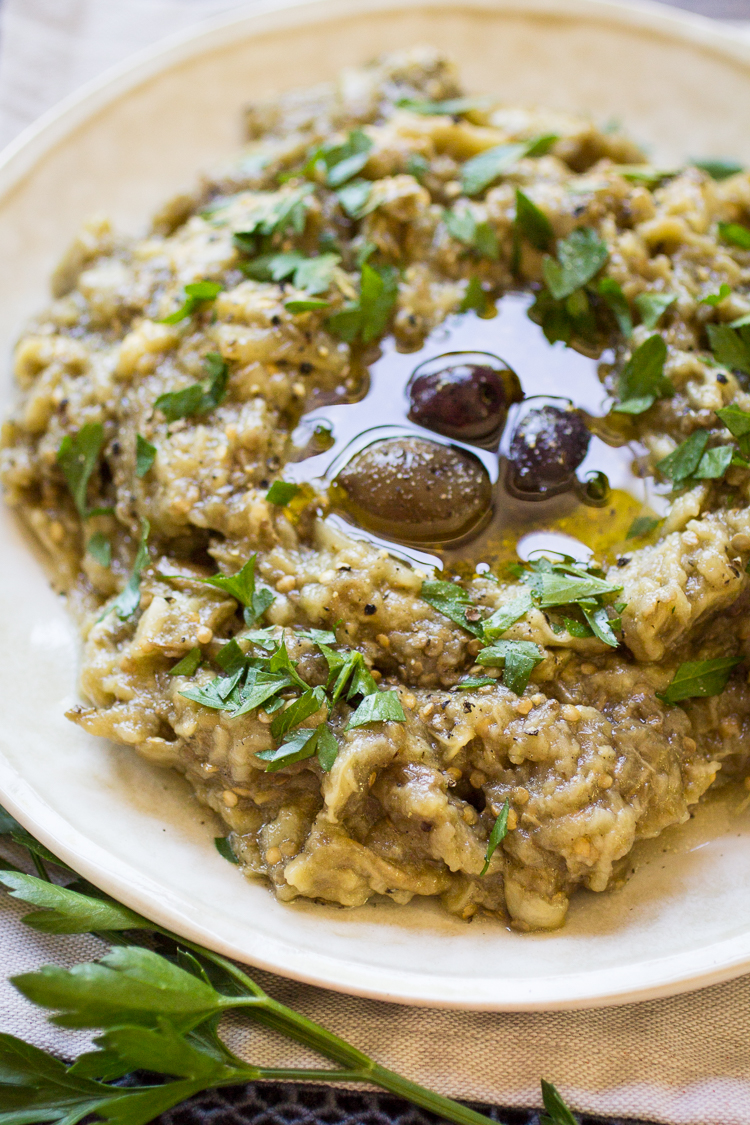 Any eggplant lovers out there? Hands up!!

Confession #2: This is about to turn into a long story about my first boyfriend, his family, and an eggplant lasagna. Feel free to skip ahead if you’re just here for the recipe.

I don’t remember the very first time I had eggplant, but it must have been a pretty serious ordeal because I had a major aversion to it all throughout my childhood and young adult years.

Wait, am I still a young adult? I’m turning 29 in a few weeks…sooo… jury’s out on that one?

The first time I *remember* eating eggplant was at the home of my first boyfriend’s parents’ house. (<– just spent way too much time second guessing my apostrophe use just there)

The dinner stands out in my memory not just because of the eggplant, but also because it was the first *real* family dinner with my first *real* boyfriend.

His family put together a beautiful lasagna and then RUINED it by putting a ton of eggplant in it.

You guys, my parents raised me to clean my plate (OR ELSE). Also, my mom taught me manners mostly by instilling a deep fear of embarrassing myself in front of the future-love-of-my-life’s parents.

One of my three sisters or I (usually it was me) would do something my mother found offensive at the dinner table.

Eating with elbows on the table, leaving without being excused, not finishing the food you had taken, reaching across someone else instead of asking for food to be passed, passing food to the left instead of the right, burping, throwing food around the dining room, etc.

My mom would adopt a higher-than-normal pitch in her voice and say “Anetta! Sure, it’s all fun and games until you embarrass yourself in front of your future husband’s parents and then he doesn’t want to marry you anymore.”

A very effective lesson in etiquette, even if a bit old school. I’d give my mom a hard time about this kind of anti-feminist teaching, except that I find myself saying this stuff to my niece when she’s acting up. Probably need to get that under control or THE CYCLE CONTINUES.

Alright, so back to that family dinner of eggplant lasagna. My first boyfriend (I was 15 at the time and 100% sure he was the love of my life) was the perfect host.

His family was warm, inviting, and openly accepted me. In fact, I’m still friendly with his family and we all keep up with each other on social media. Lawd, I hope they don’t read this post.

The night would have gone down in my memory as nothing more than my first successful dinner with a boyfriend’s family, had it not been for that DARN eggplant.

I think it was a texture thing for me, but every bite I had to chew and swallow was torture.

I’m sure that it was prepared perfectly, but as a kid I was the pickiest eater on the freakin’ planet so of course I built eggplant up in my head as this icky, icky, icky thing.

I ate every bite on my plate, kept my elbows off the table, and even managed to avoid throwing food around the room. I held all that eggplant in until I got back home and could throw up in the relative privacy of my shared bathroom. My mom was so proud.

Well, if that story doesn’t build up an appetite for eggplant, I don’t know what will. 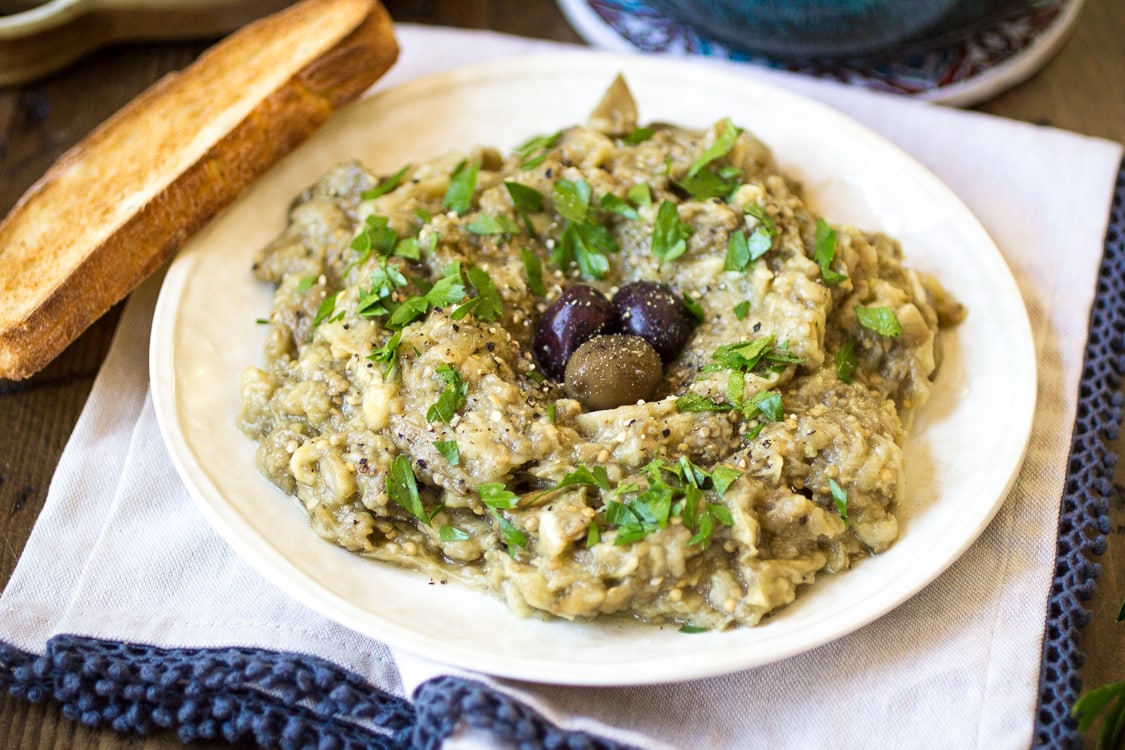 I only started to like eggplant when I took a cooking class while in Athens. We made Melitzanosalata, a Greek eggplant dip recipe. As soon as I saw that it was on the menu, I got all skeevy about it and immediately decided that I wouldn’t like it. 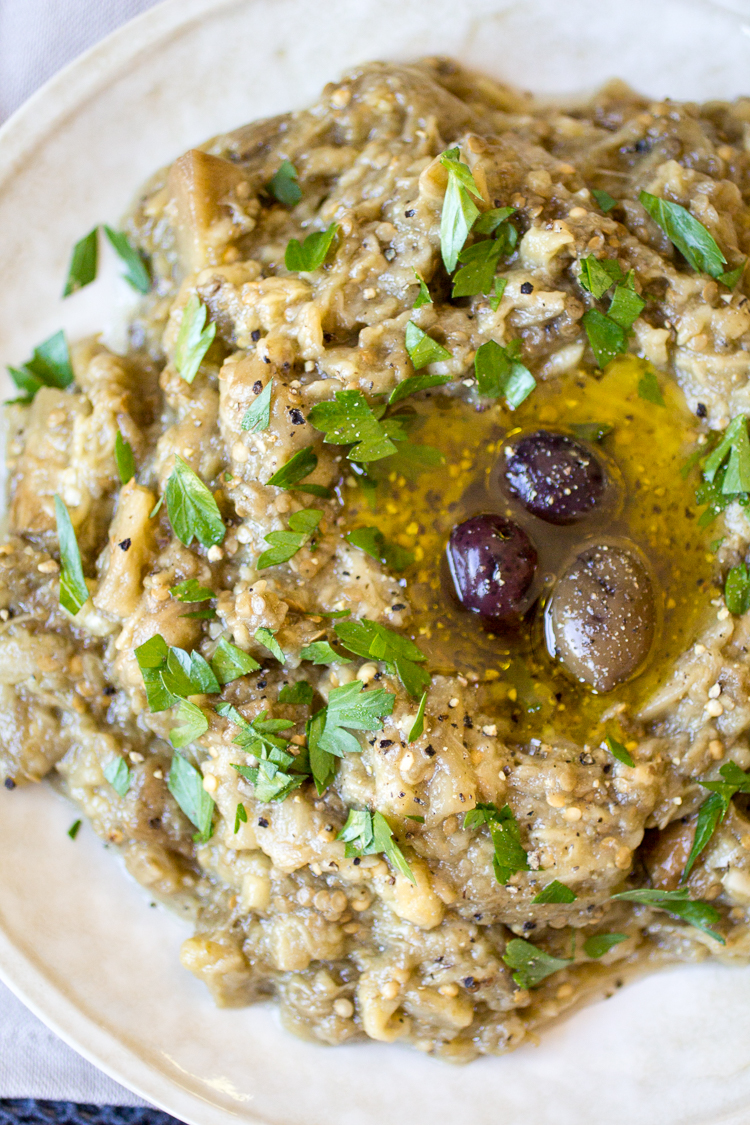 On a recent trip to China, I had Sichuan eggplant in Beijing.

It was DARN tasty!

Maybe it’s just that my taste buds are maturing (now that I’m a full fledged adult, and all), but I really, really like eggplant and many eggplant recipes now.

I knew it was time to share an eggplant recipe on the blog, so I went with my gut and decided on Melitzanosalata, the first eggplant dish I ever actually enjoyed. 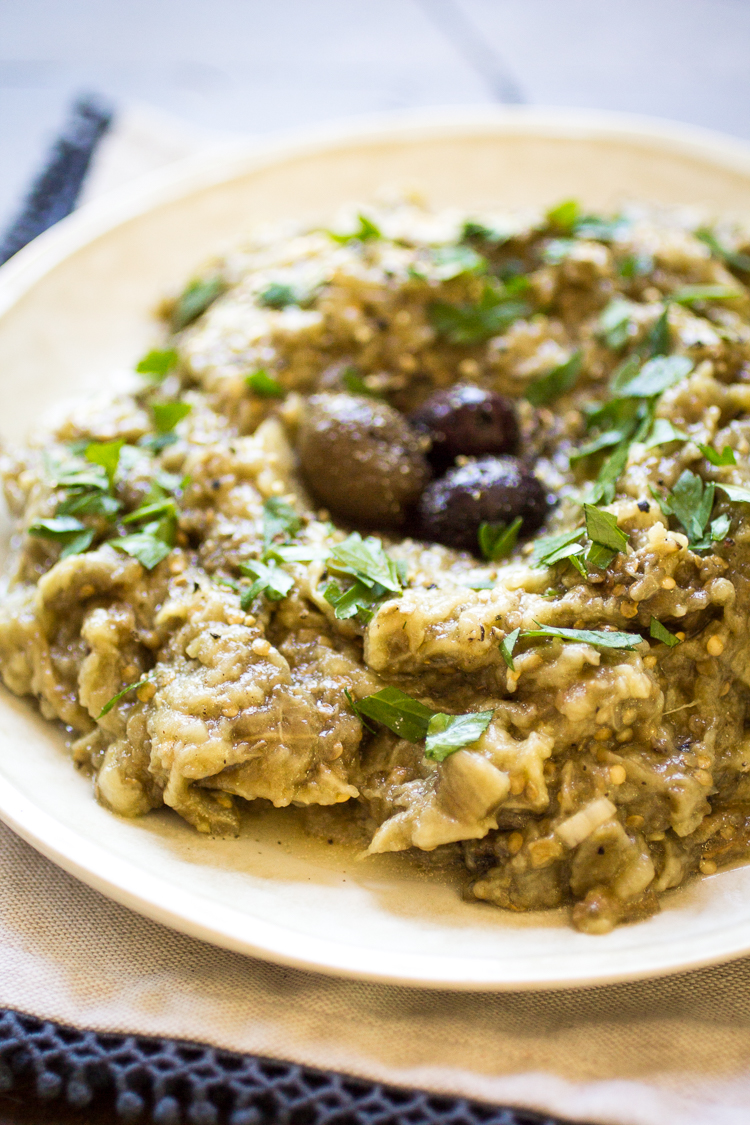 Well, here it is folks. If you can make guacamole, you can make melitzanosalata, a great Greek eggplant dish. Make it or leave it!

Be sure to check out my other Greek recipes for more inspiration! 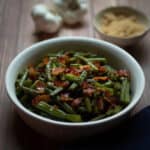 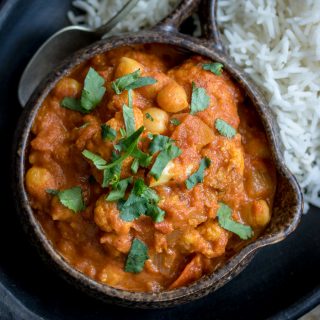