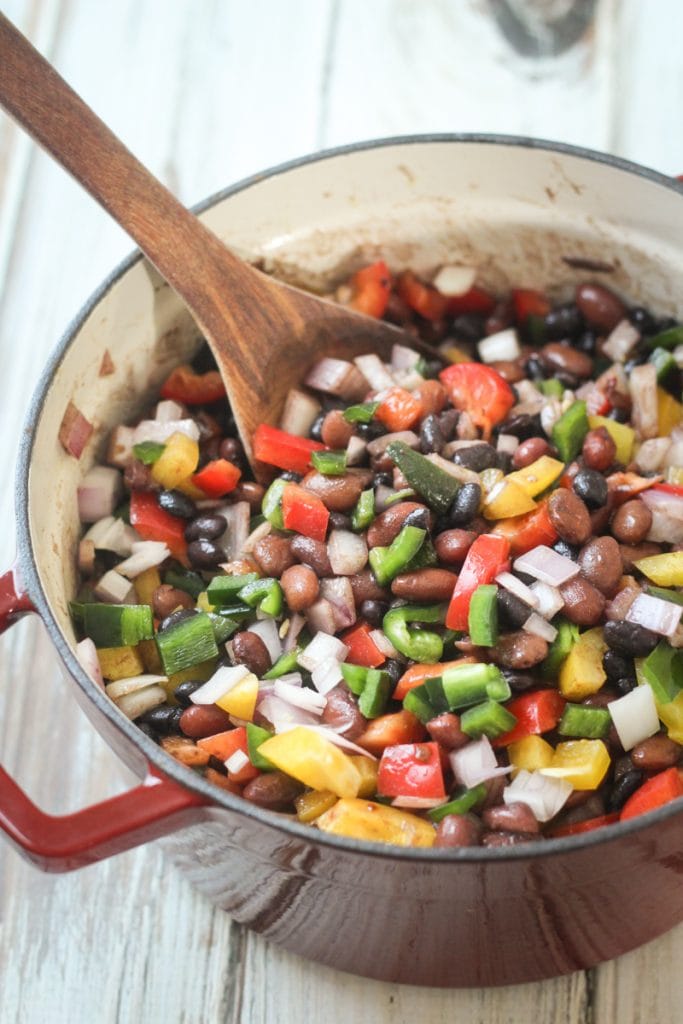 Remember last week when I told you I had a great recipe for Mexican Three Bean and Three Pepper Salad?

Yowza! This bean and pepper salad has SO much flavor.

I decided to use dry beans in this instead of canned because they are so much cheaper and I use a really easy no-soak oven method. Just throw them in a Dutch oven or heavy-bottomed pot

, cover with water by an inch, and bake at 325 degrees for 75 minutes until soft. DONE.

If you absolutely MUST use canned beans, I suppose you can. (<— does that count as a pun?) Special kudos go to the first person who comments with the appropriate dried bean-to-canned bean conversion. I don’t have enough caffeine in me right now to do it myself.

Okay, so special kudos to Latricia on the conversion of 1 can of beans is equal to ½ cup dried beans, cooked. This conversion makes this recipe perfect to translate into canned beans – one can of each bean! Thank you Latricia!

Just make it easy and stick with the dried beans, okay? 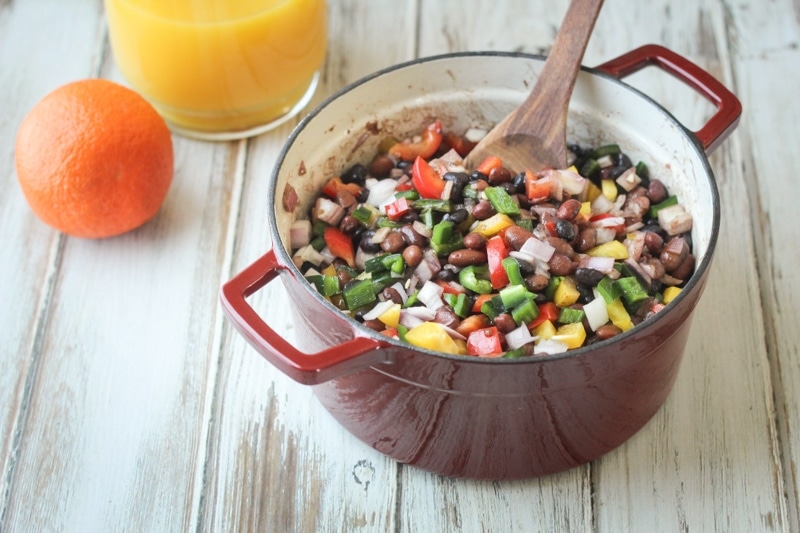 Here are a few ideas of things to do with this Mexican 3 bean salad:

Serve it as a side dish with Grilled Citrus-Marinated Mexican Chicken.

Eat is by itself as a super high-protein, high-fiber lunch.

Use the leftovers to make:

I could go on and on. There are so many leftover options for this Mexican bean salad recipe! Get creative and leave me a comment 🙂 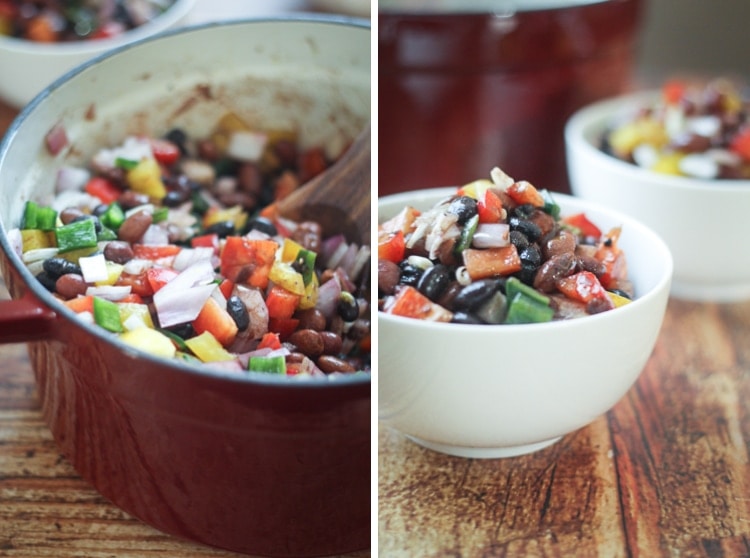 It’s so super simple to make. Once you’ve cooked the beans, you can take a moment to be proud of yourself for cooking beans.

Then, you just chop up your peppers and onion, make a quick dressing in a mason jar

, then toss it all together in big bowl. 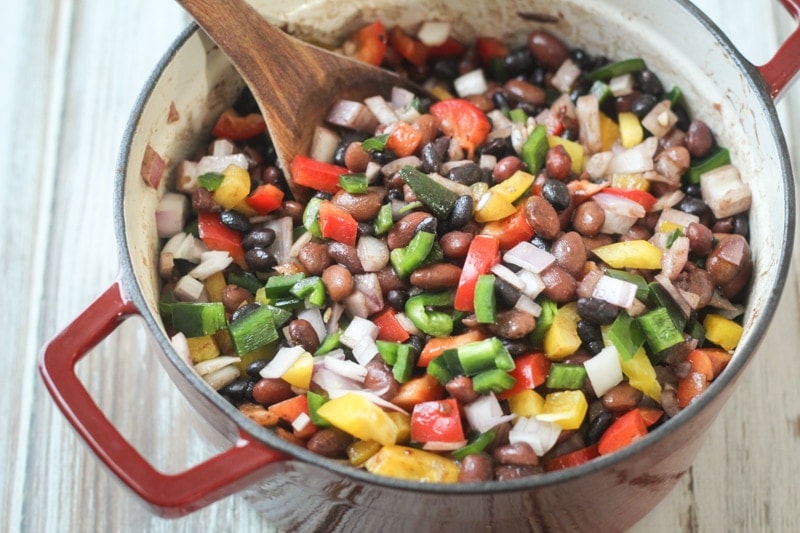 You can cook the pinto beans and red beans together in the same pot, but cook the black beans separately or they will discolor your other beans and make them ugly. Trust me, you really don’t want to have poor, sad, ugly beans.

Red, yellow, and poblano peppers make up the colorful “three pepper” part. You could get crazy and use an orange bell pepper if you wanted to.

Ready for the yum factor? (<–should that be my tagline? HA) 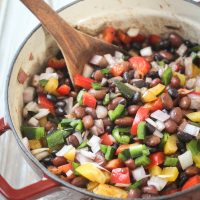