This Plum and Pecan Galette recipe only takes 30 minutes to make this impressive, delicious dessert. 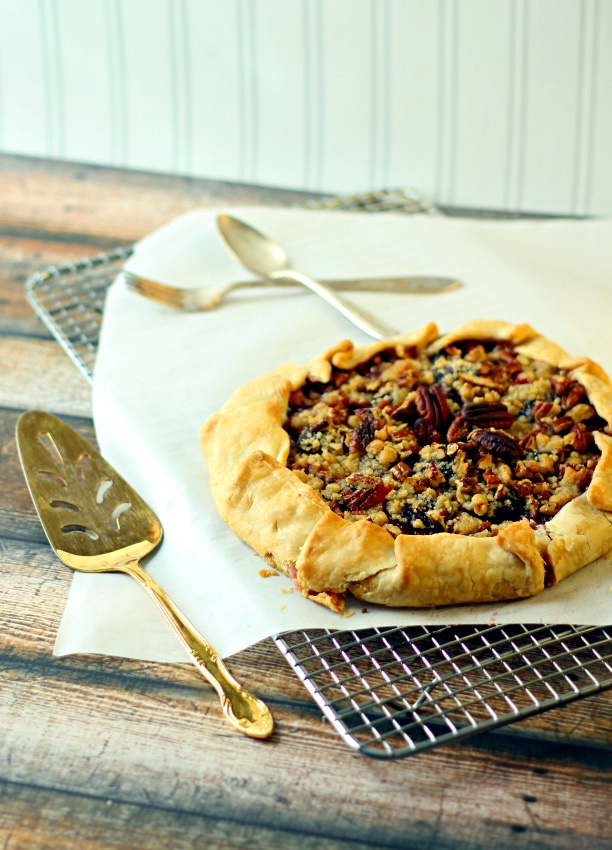 I hope you’re ready for some pictures. Like, a lot of them. I went a little overboard on this one and just cannot scale back on the number of pictures in this post.

My stomach is seriously doing somersaults just remembering how freaking delicious this was.

Plum Pecan Galette. I’ve waited for you my entire life. 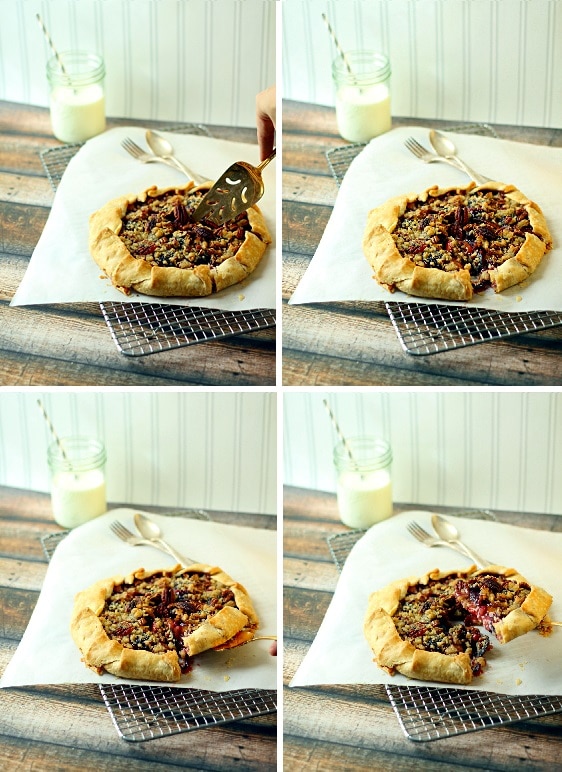 I can hardly control myself right now. 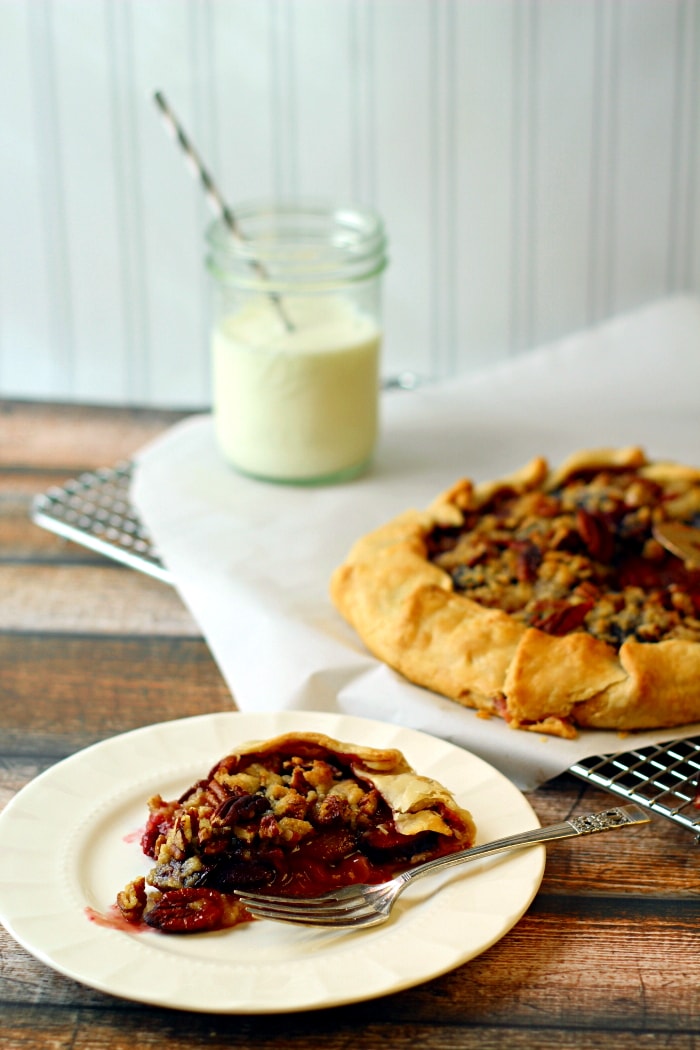 So remember how I told you about my fear of pie? Well, for those of you who don’t know (or remember), I am terrified of making pie crust. I have no idea why, but I just can’t seem to make the effort to try it out. 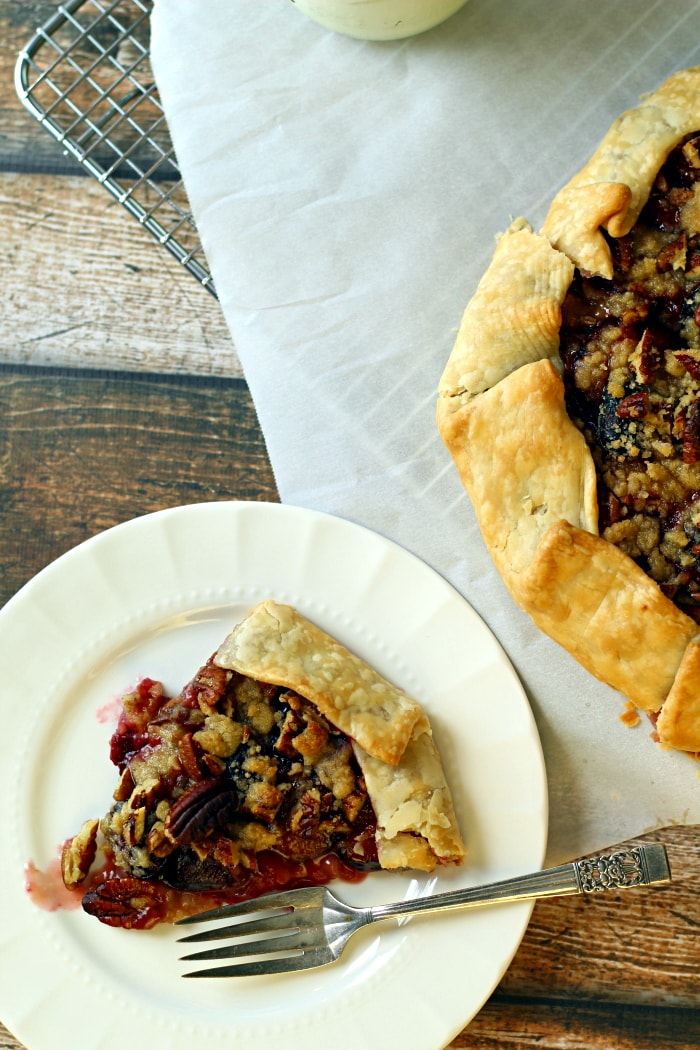 Which is why I’ve developed a fantastic and questionable love for refrigerated pie crust. I mean, seriously, why would anyone try to make this stuff themselves? It’s already pre-made and totally perfect. Just LOOK at that flaky, buttery, golden-brown crust. I think I’m going to have to make another one of these tonight. 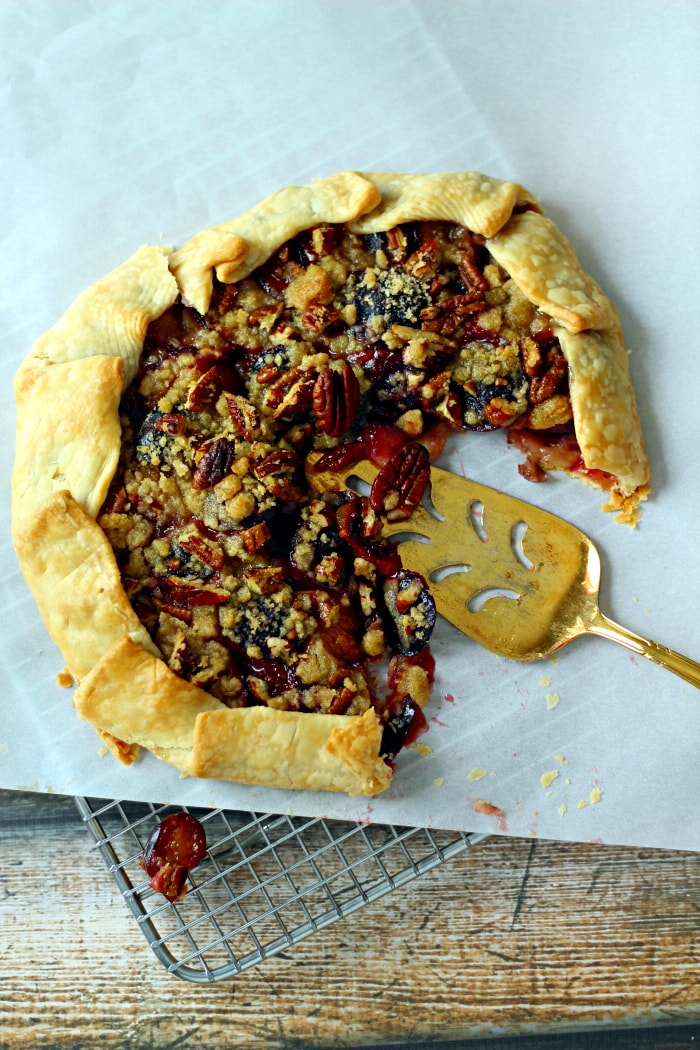 For those who aren’t familiar with the amazing galette, let me introduce you. It’s essentially a rustic free-form pie/tart thing that is made using pie crust and whatever awesome food you have lying around your house.

In my case, it was plums and pecans. I got lucky, because the combination of these two ingredients is da bomb (that’s right, I’m bringing back “da bomb”). 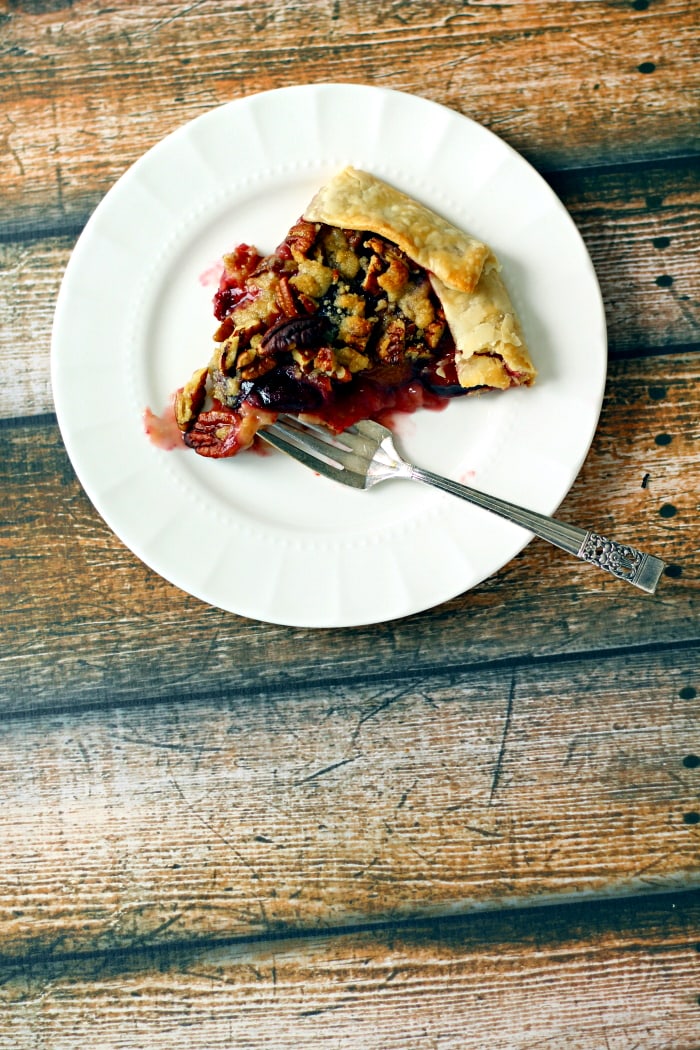 Making this with refrigerated pie crust is just about the easiest thing ever, as all you do is lay out the crust, place the filling ingredients in the center, then fold up the edges and make it pretty (I think people call this fluting?) before baking it in the oven. 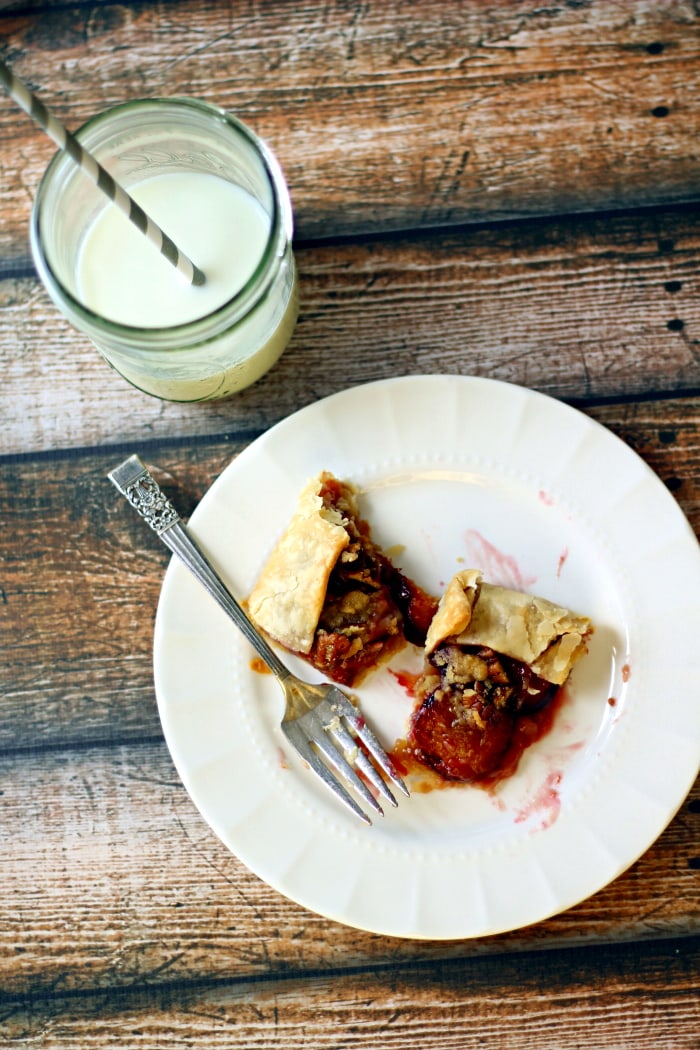 It comes out bubbly and amazing and it will disappear before your very eyes. 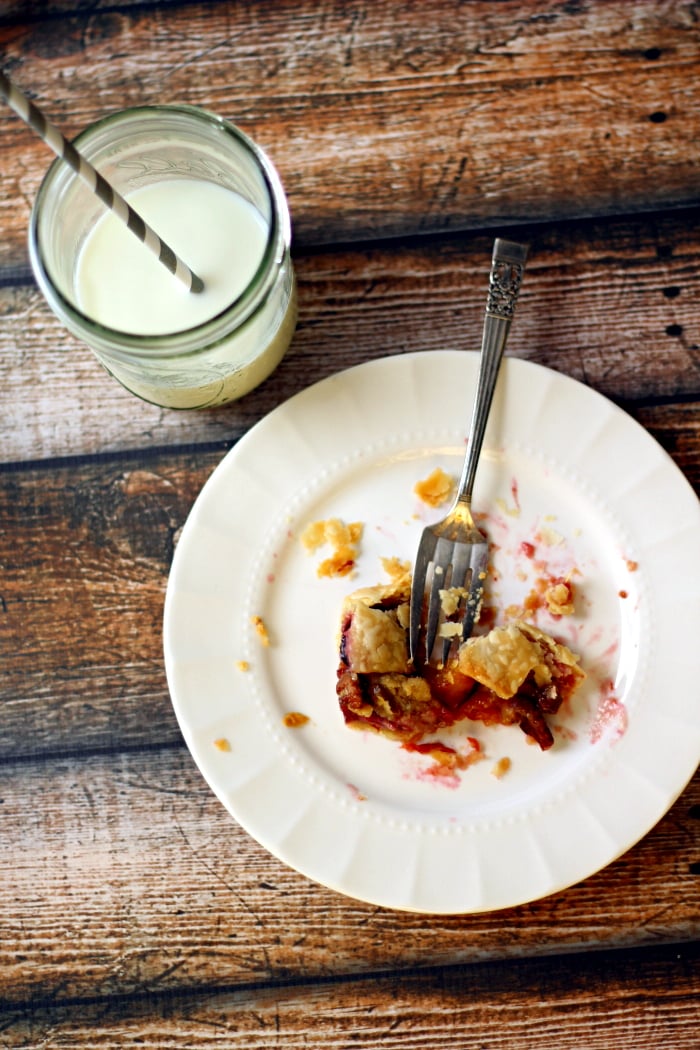 Okay, that settles it. I’m making another one tonight. 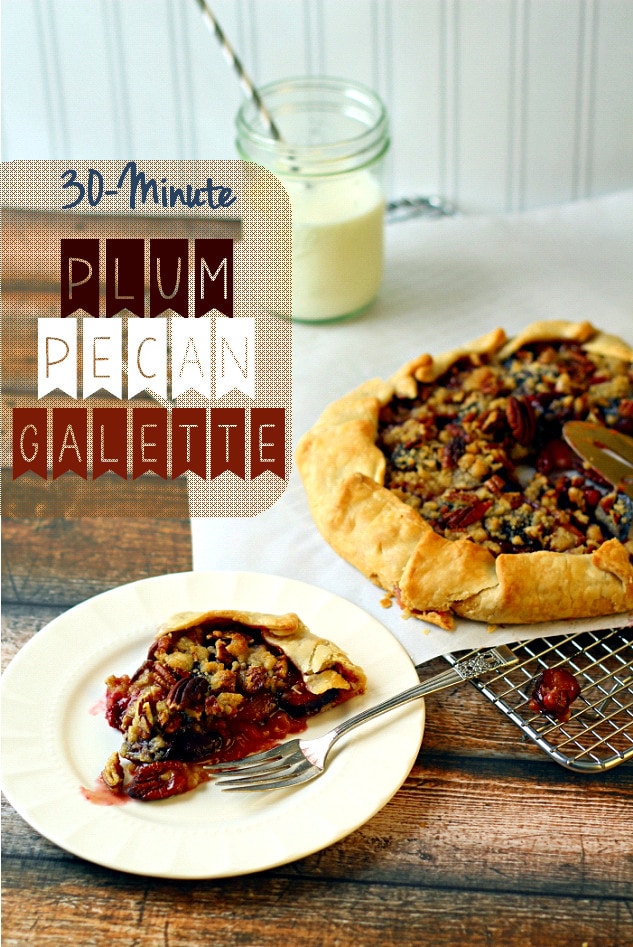 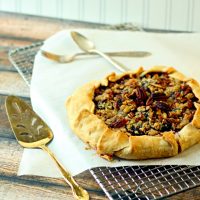