This Syrian Meatballs recipe and this Syrian Sweet Potatoes recipe are combined to make a delicious, international dinner. 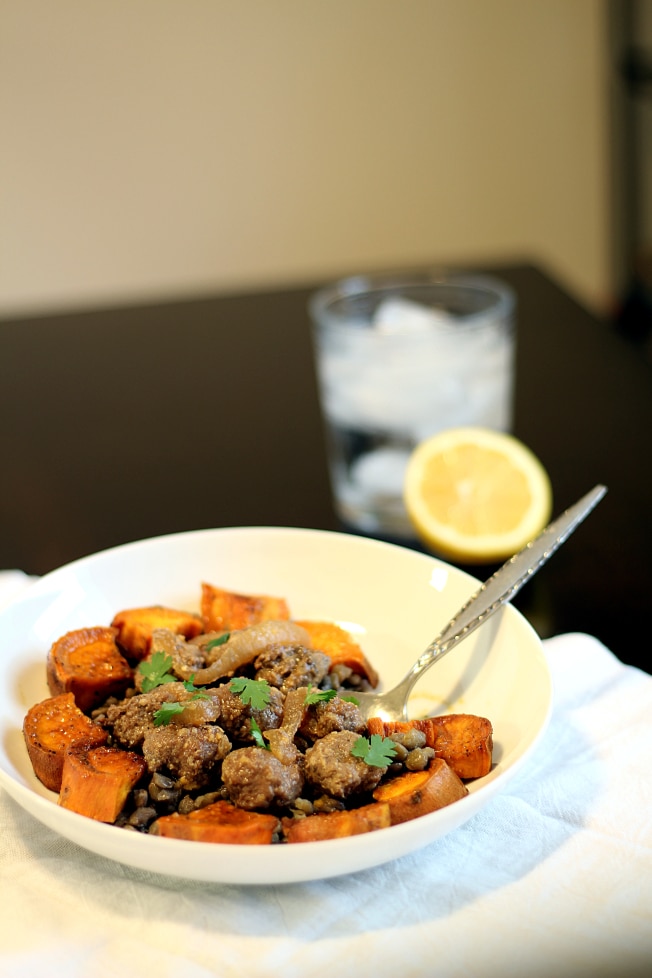 For something as seemingly easy as meatballs, I sure had a heck of a time putting together this meal. None of the individual components are really all that complicated – it’s basically meatballs, some roasted red sweet potato, and brown lentils. Easy, right?

Well, it really should have been, except that my regular grocery store has been totally screwing me over lately by selling me bad produce. You’d think that I would be able to pick out good, non-rotting onions and red sweet potatoes but evidently NOT.

I really try my best to cook with as many fresh ingredients as I can get my hands on.

I bought the two sweet potatoes the exact same way! I picked them each up, gave them a little squeeze, and placed them in my cart. How is it that one of them can just go completely rotten in the span of 48 hours? 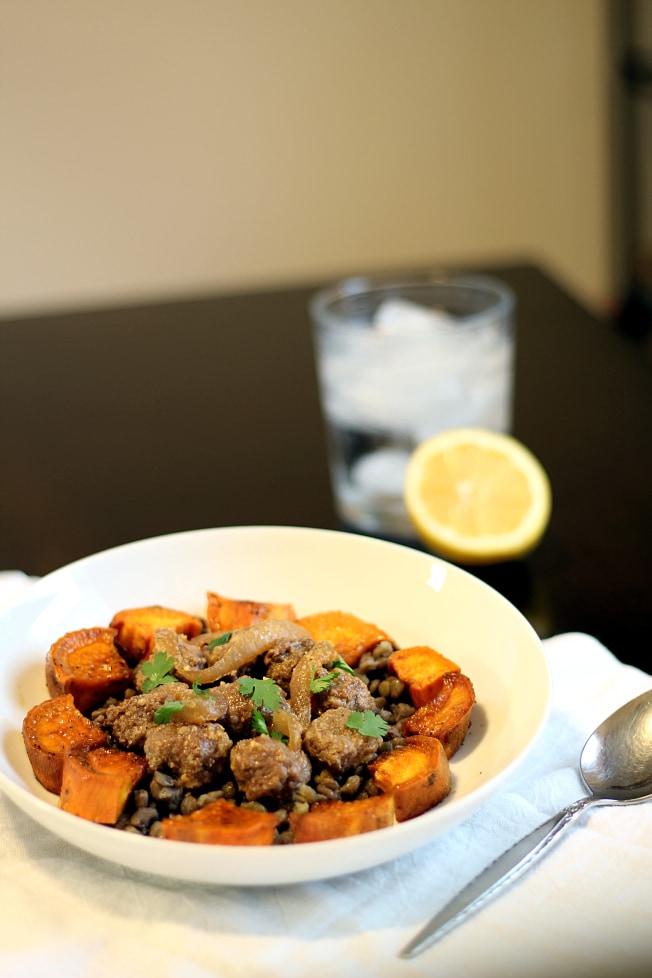 So I had been planning to make these meatballs (which call for one WHOLE onion, not half of an onion salvaged from a ball of moldy mess) along with a red sweet potato puree made with coconut milk. Sounds awesome, RIGHT?

Well since I only found myself with ONE red sweet potato instead of two, I didn’t quite have enough to justify the work of a puree, so I chopped it up and roasted it instead. I tried to peel it, but I guess red sweet potatoes don’t like to be peeled. Sooo I left the peel on and it was delicious that way anyhow. If you enjoy being frustrated, feel free to try to peel yours.

I roasted it with some oil, spices, and apple cider vinegar and it was absolutely delicious. Honestly, probably better than the puree would have been. Since I didn’t have a ton of sweet potatoes and I wanted to actually satisfy my hunger with this meal, I decided to make some brown lentils to bulk it up a bit. This also ended up being an awesome idea, because the lentils soaked up all sorts of delicious drippings from the onions and meatballs.

In short, what started as a big failed project ended up being a truly delicious dinner. It was hearty, flavorful, and full of texture and color. Hooray!

Here are the recipes for both the Meatballs and the Sweet Potatoes! 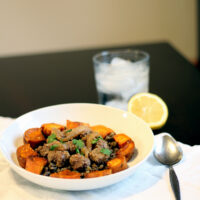