This Crispy Steakhouse Potatoes recipe makes delicious roasted potatoes that are crunchy on the outside, but creamy and fluffy on the inside! 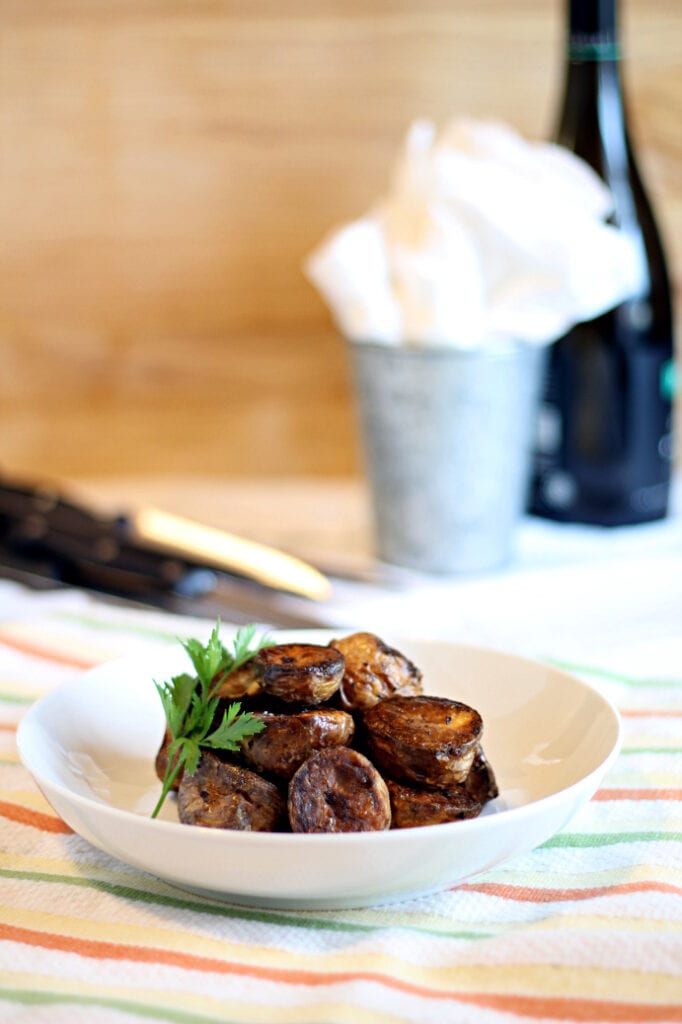 These are the best roasted potatoes I’ve ever had.

The insides are creamy, yet airy, while the outsides have a satisfying, crunchy texture that is beyond words.

I’m not really a big “steak-and-potatoes” type of gal, but these little babies may make be a believer.

These will disappear off your table in the blink of an eye, so make a big batch for the whole family.

Are you ready for the secret ingredient? Promise that you won’t freak out and leave?

I know that the word “ew” is just dancing around in your brain right now, but give it a chance!

Cooking with animal fat is a delicious way to add flavor and doesn’t contain any trans-fat. It’s also a good source of saturated fat, which has been found to be good for in moderate amounts. Check out this article for more information.

You can typically find lard sold in boxes on the bottom shelf of the olive oil aisle. The stuff I buy is super cheap and looks like this: 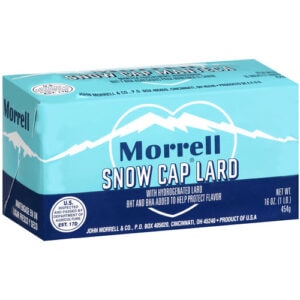 I also use this stuff when making tamales, pie crust, enfrijoladas, and sometimes for tortillas.

Don’t be afraid! You can use it just like you would oil, and since it has a high smoke point which makes it great for frying. I imagine that rendered duck fat would be incredible in this recipe.

To make these potatoes, halve some small golden potatoes (yukons work well) and toss them into a pot of cold water with some salt and vinegar. Bring it to a boil, reduce to a simmer, and cook the potatoes for about five minutes. Drain well, then toss with some lard and seasonings before roasting on a sheet pan in a 500 degree oven for about 40 minutes, turning the potatoes halfway through. Easy as pie! 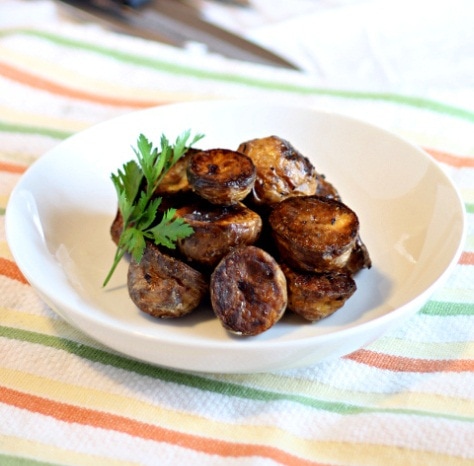 Well, what are you waiting for? Get to it! 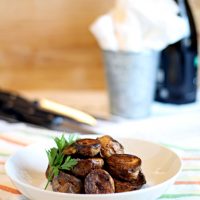