Truth be told, I’m not that sure what “goulash” is. Sometimes I see goulash recipes that look like beef stew. Other times, closer to a pasta. Well, which is it?

I don’t have an answer for you, but I can tell you that this German Goulash recipe is the best there ever was.

No joke, it’s soooo good. It’s the most comforting and delicious food in the whole wide world. 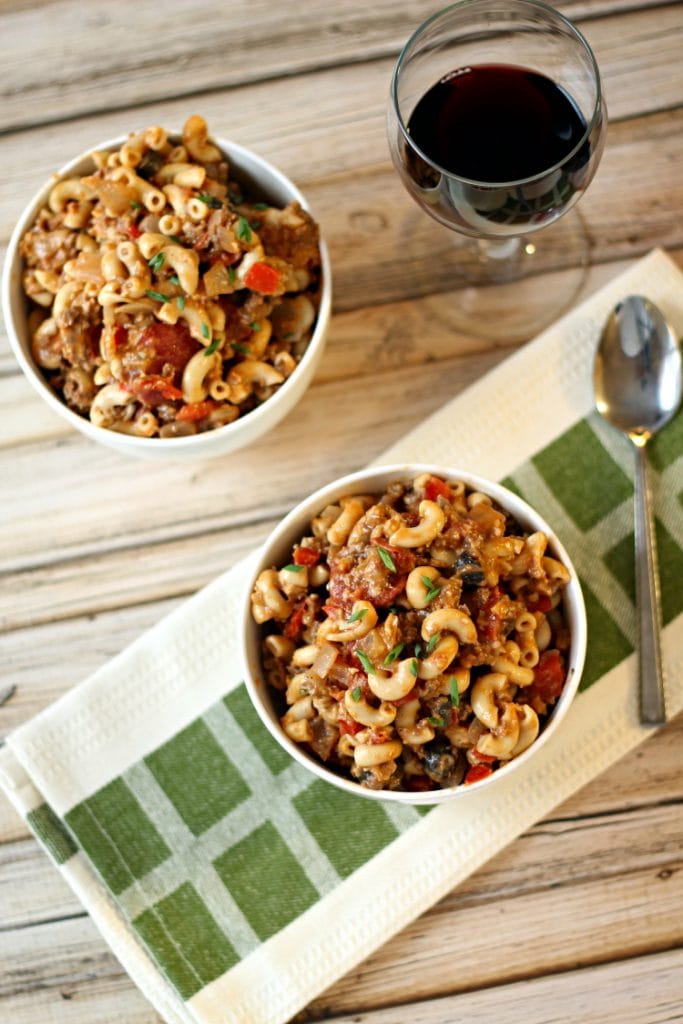 I made a huge double batch of this not too long ago and took some of it over to a friend’s house. They loved it, including their three year old daughter.

Let me tell you – if a three year old will eat it, you KNOW it has to be good.

It’s also SUPER husband friendly, which is a huge plus. I know you all think that the husband will eat anything and everything I make, which he does, but he definitely lets me know when he loooooves something.

And in honor of Valentine’s Day (Happy V-day by the way!), I’m sharing this recipe that the husband just loooooves. 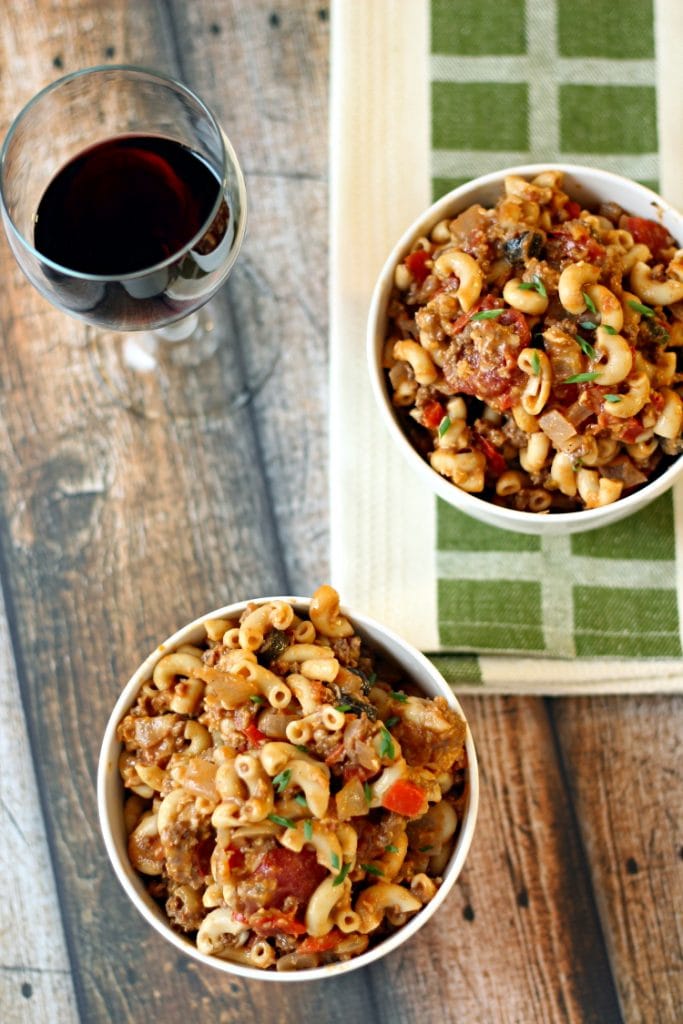 Just heat some oil in a really big frying pan or Dutch oven and dump in the ground beef and raw vegetables. Cook for a few minutes, then add the wine, seasonings, olives, and tomatoes. Let it simmer while you boil some pasta, then toss it all together. Be sure to serve this German pasta up in really big bowl (like these!) because you’re going to want to eat a LOT of it.

I kid you not, it’s uh-may-zing. I can’t even put into words how much I love this.

Just make it, and thank me later. 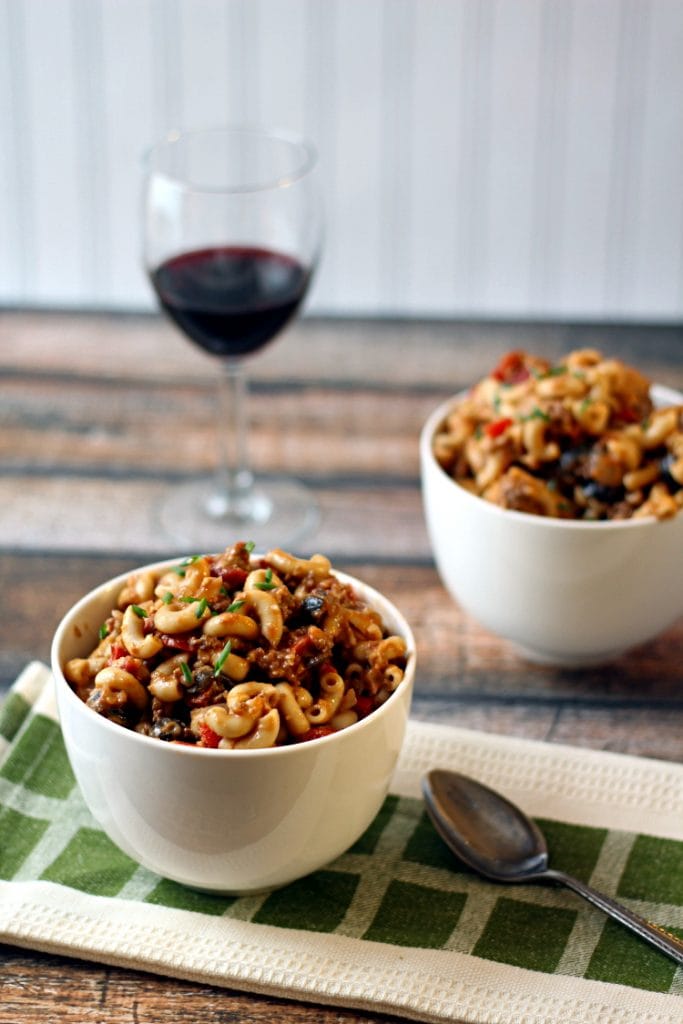 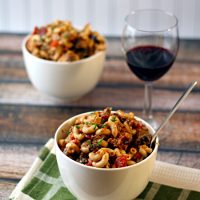