This tasty Latin Pork Tomatillo Stew recipe bursts with flavor from poblano and serrano chilies, tomatillos, onions, corn, pork and spices for a stew that really satisfies your taste buds!

One of our very good friends just turned 30 so we attended a shin-dig hosted by his girlfriend over the weekend. The theme was “Fiesta” so I decided to bring Elderflower Sangria and a big pot of Latin Pork and Tomatillo Stew with homemade corn tortillas. This hearty stew was a big hit and disappeared quickly at the party! 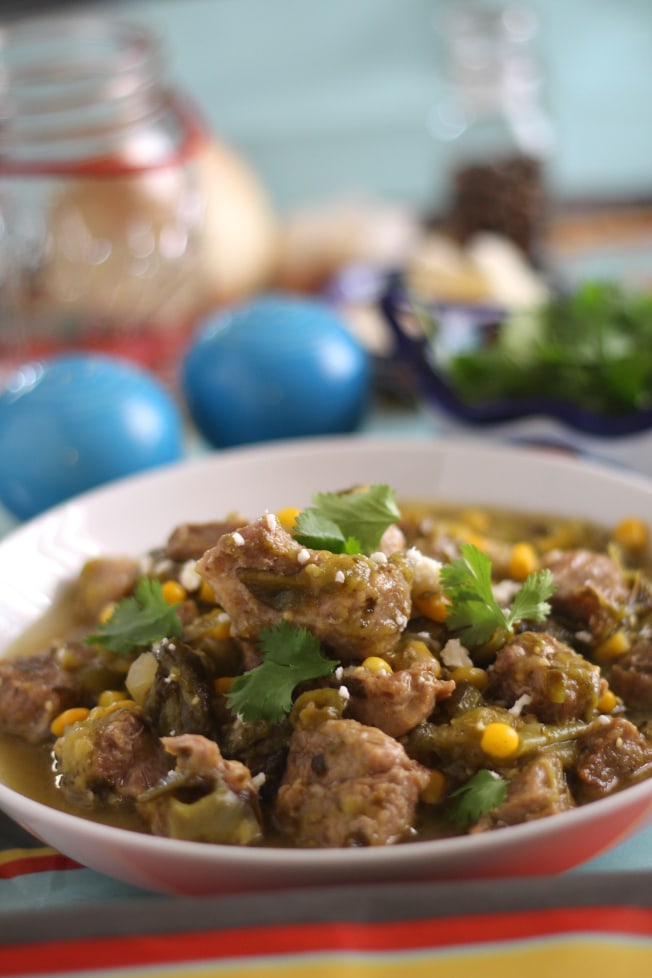 At less than 350 calories per serving, this tomatillo pork stew is the perfect choice for a filling meal without the guilt. I’d highly recommend taking the 30 minutes to make the homemade tortillas, as they just bring something special to the table compared to the store-bought variety.

The pork takes a little while to roast in the oven, but it is totally worth it to achieve that fork-tender fall-apart texture. Next to the heat from the Serranos and the bright flavor of the tomatillos, the pork tastes wonderfully savory.

Start by roasting some poblano chilies under your broiler, then set them in a bowl to steam under a cloth for fifteen minutes. 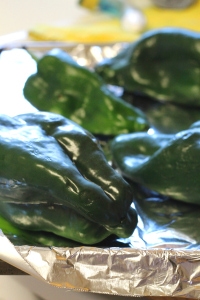 Next, get your pork, cilantro, garlic, salt, cumin, Serranos, green pepper, and onions into a Dutch Oven and into the oven to roast for one hour. 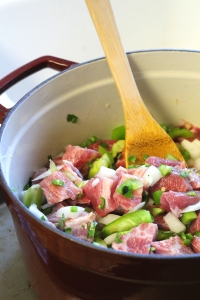 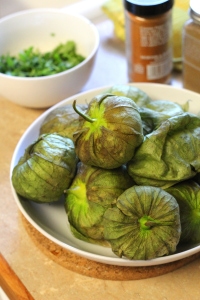 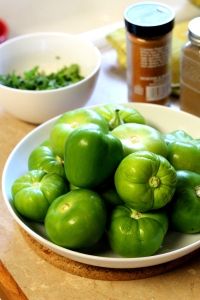 …and chop them into quarters. 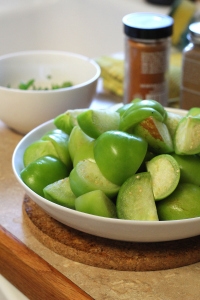 Grab those poblanos out from under the dish cloth and peel them under running water. Remove the seeds, and chop. 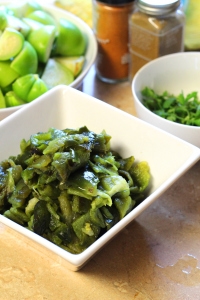 Add the tomatillos and poblanos to the pot and return it to the oven for another hour and a half. This would be a great time to work on some homemade tortillas! 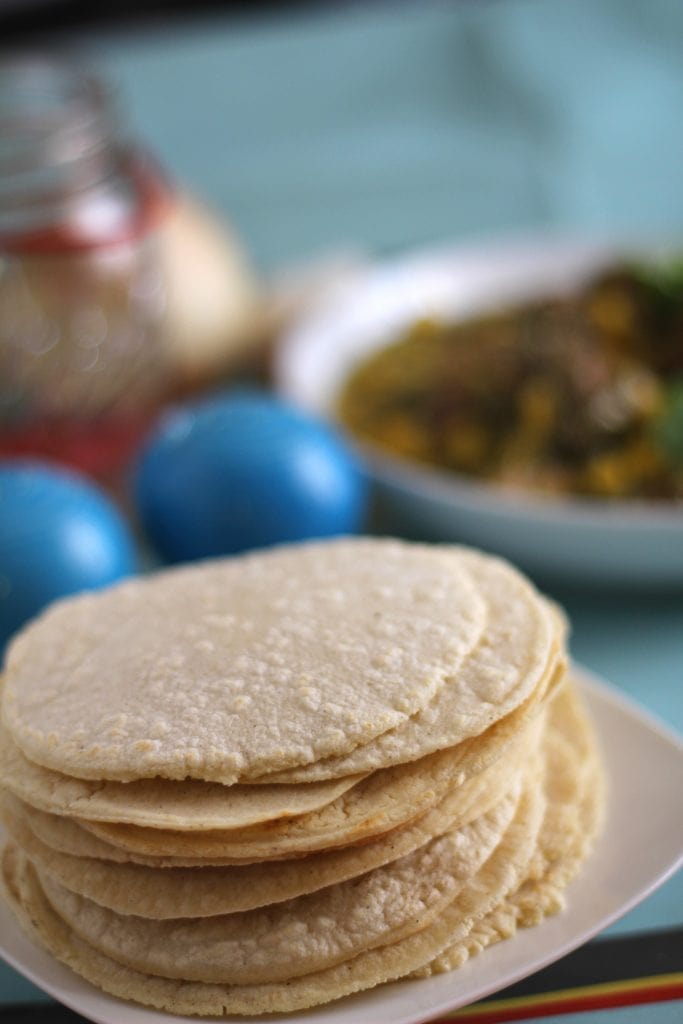 Add in the corn, stir, and taste. Add salt and black pepper as needed.

Garnish with cilantro and cotija cheese. Serve with warm corn tortillas for dipping! 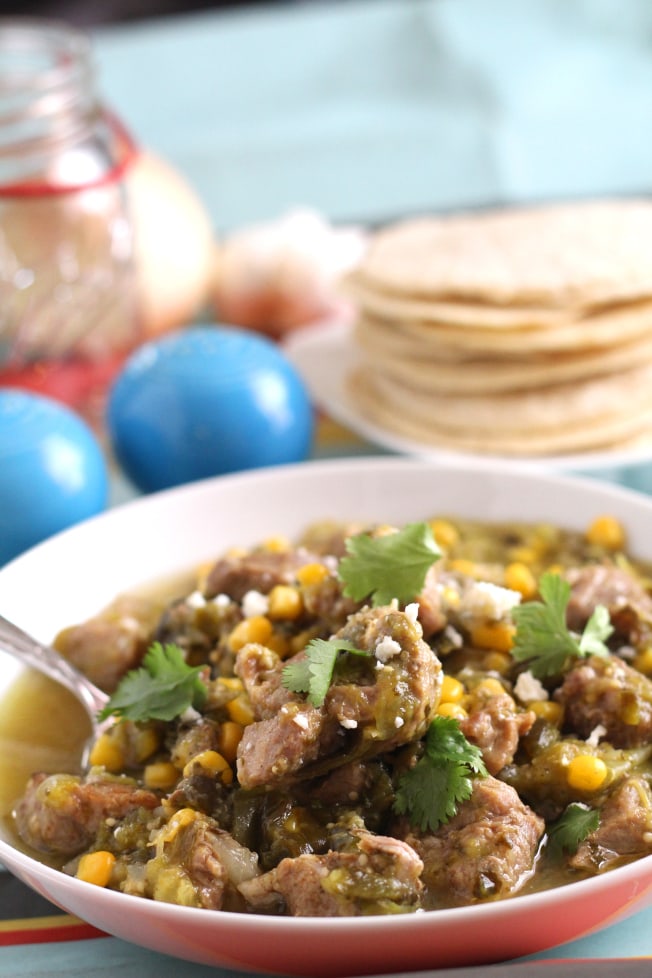 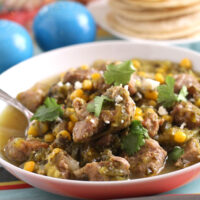