This hearty Moroccan Chicken Stew recipe is a delicious mix of chicken, garbanzo beans, tomatoes, onion, raisins and spices that will satisfy your hunger! 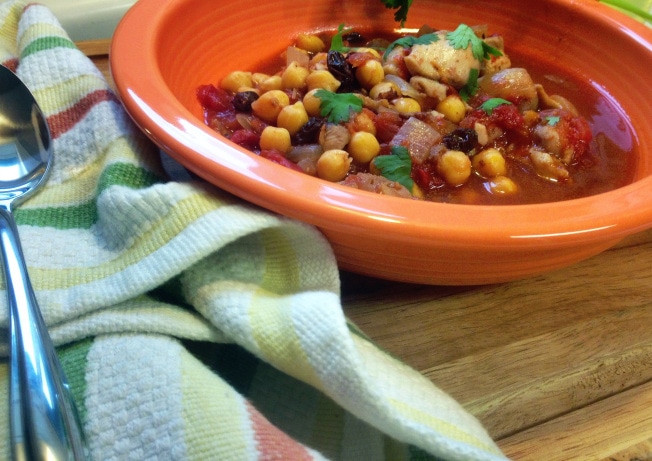 I was perusing a cookbook recently and I saw a recipe for Moroccan Lamb Soup which got me thinking about Moroccan food again, so I decided to put together a simple one-pot meal for those of us who don’t have a good source for lamb. 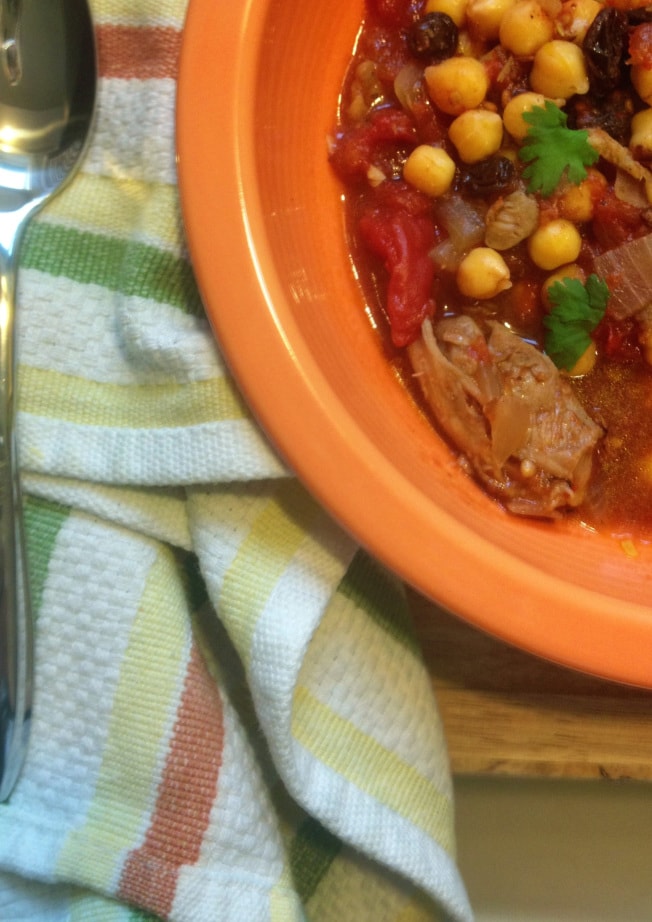 I brought the leftovers to work and had to brag to my co-workers about this bowl of sweet, sweet deliciousness. I used chicken thighs, but if you’re a bit more particular about your meat chicken breasts or tenders would also work well in this dish.

I tossed the chicken pieces in a mixture of flour and Moroccan spices then added them to a hot dutch oven that had been browning some onions for me. In went some garlic, canned tomatoes, chick peas, and raisins. I wanted to add some green olives, but didn’t have any on hand, so we went without. 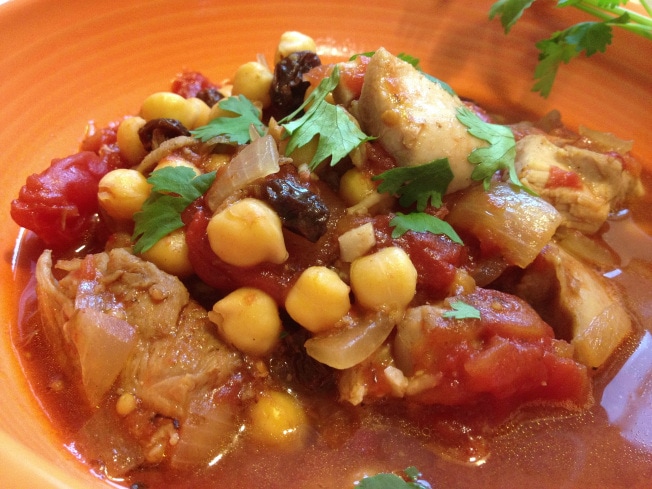 A sprinkling of fresh coriander leaves (also known as cilantro) brought just the right amount of freshness to this warm and hearty stew. 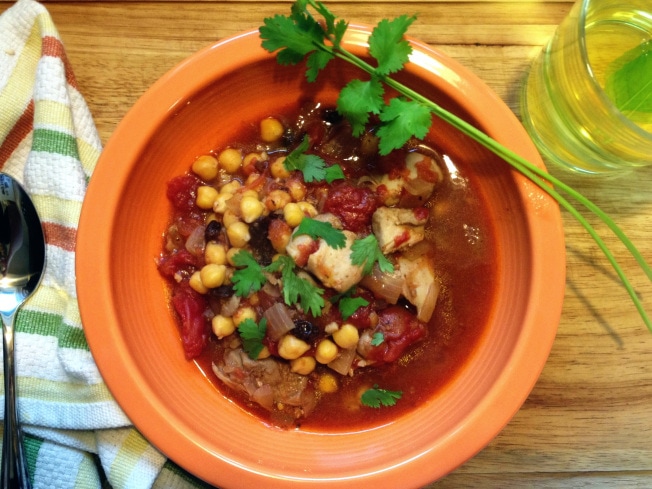 I can’t believe how easy and scrumptious this was, especially because all of the ingredients are totally pantry staples. This Moroccan stewed chicken dish would also freeze well if you wanted to make a big batch and save some for a rainy day.

Serve it up with some sweet Moroccan Mint Tea and you’ve got yourself a meal that will transport you straight to Casablanca. 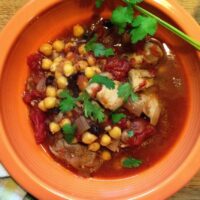