Sour lemons and fresh mint are muddled with sugar to form the base of this classic Whiskey Smash recipe. Think you don’t like whiskey? Think again! 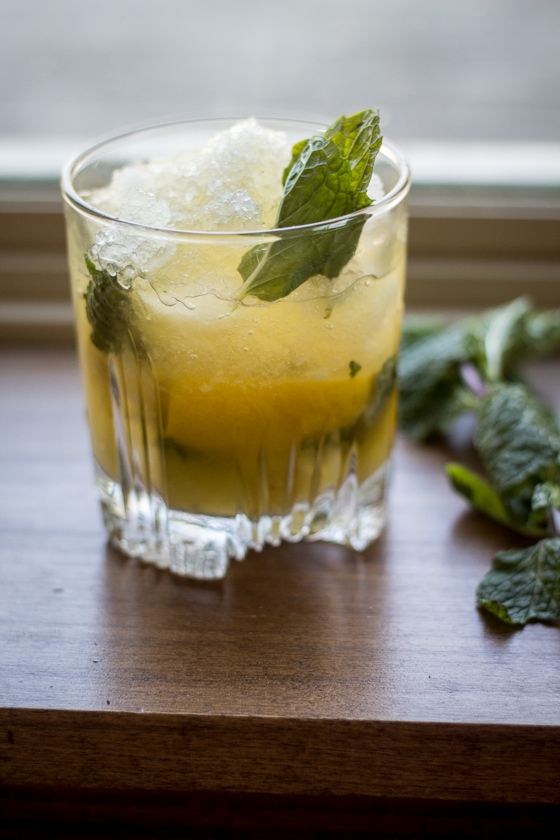 No, you don’t get to throw a bottle of whiskey against the wall. I know you’re really disappointed, but save that kind of craziness for another day.

Whoa, I took that one a little far, didn’t I?

In case, you wanted to know. The whiskey smash, which some also call the bourbon smash, is a citrus smash with bourbon whiskey, muddled lemon wedges, sugar, and muddled mint leaves.

This whiskey drink first appeared in 1887. 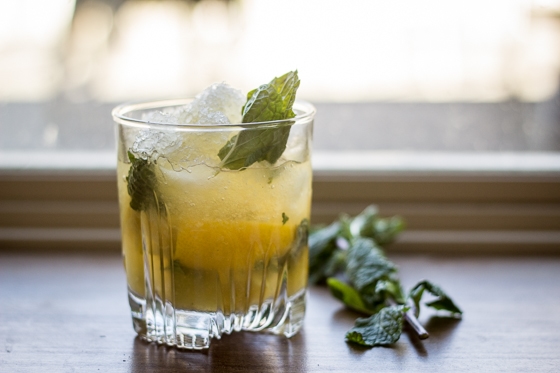 It’s a thing of beauty, isn’t it? Like a grown-up version of a snow cone, only better because whiskey.

Serving up a whiskey smash drink really couldn’t be any easier. You can even do it after you’ve had one or two, which is very important from an entertaining perspective. 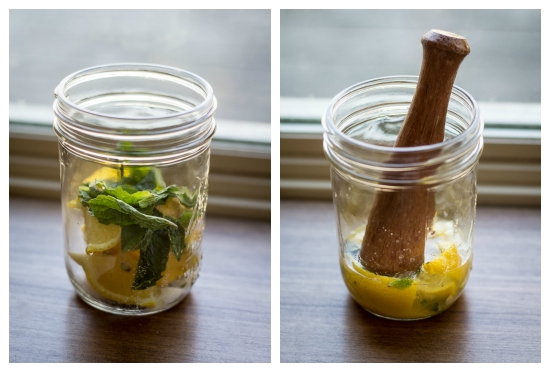 First, we throw some stuff in a glass. You could do this in a cocktail shaker, but mason jars are just really trendy right now so you should probably make it in a mason jar.

Next, smash the stuff up with a muddler (or the handle of a wooden spoon). 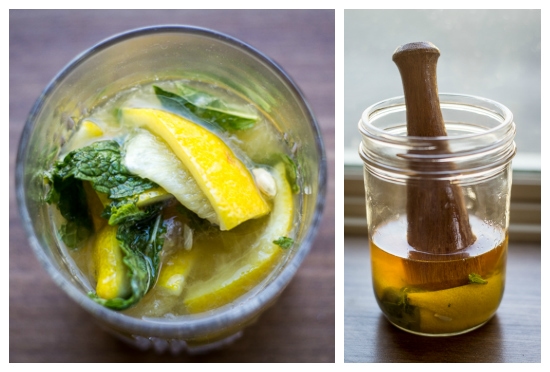 Once it’s all good and smashed, go ahead and throw some whiskey in there. I used Jameson because it’s almost St. Patrick’s day and I wanted an excuse to bring a bottle of Irish Whiskey into the house.

Put a lid on the jar (or shaker), and shake it like a Polaroid picture.

Serve it straight out of the mason jar, or pour it into something faaaaancy. 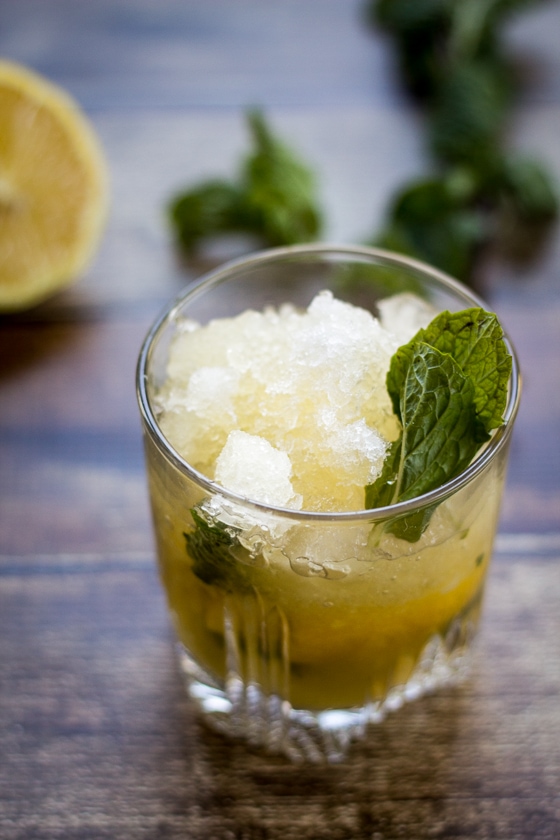 Top with crushed ice (method: put ice in blender) and garnish with a sprig of mint.

I forbid you to make this whiskey recipe if you aren’t going to garnish it with a sprig of mint.

It’s like a mint julep without all of the hard work of infusing and waiting around forever. I want my whiskey drink, and I want it NOW! 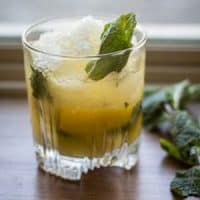 How to Make a Whiskey Smash

Enjoy Responsibly. This post and recipe are intended for those of legal drinking age.