This surprising combination of colors, textures, and tastes make this Mexican Sweet Corn Succotash recipe a feast for the senses! 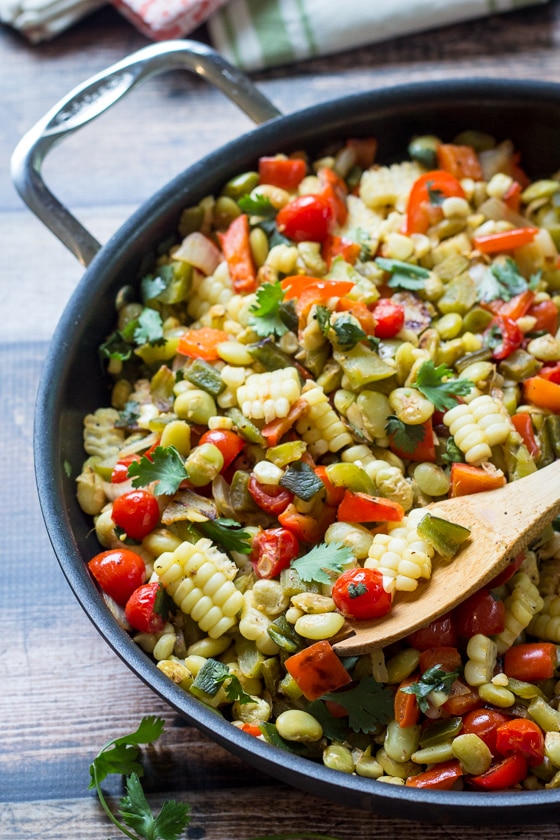 I have terrible writer’s block today. I’ve been trying to write this post for what seems like AGES (though it’s only been about 5 hours), and I’m really, really struggling.

Some days, the words just don’t want to come. I can’t think of anything witty to talk about, so instead I’ll just talk about the recipe.

Which is probably what I should be doing, anyway. 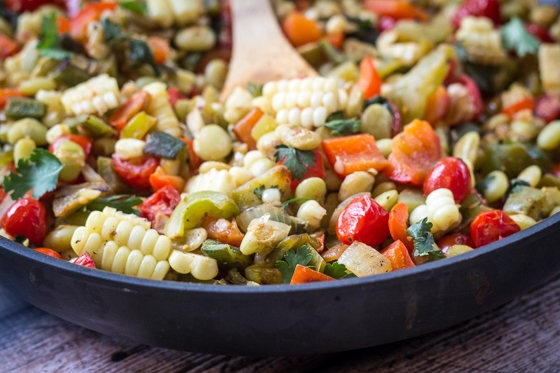 Well, Succotash is from the Narragansett language word “sohquttahhash”, which means “broken corn kernels” and it refers to a dish of mostly sweet corn with lima beans. Other ingredients are often added to it as in this recipe with tomatoes, red and green bell pepper and onion.

I freakin’ adore this Mexican succotash recipe and I know you will, too. It takes a bit of preparation to put it together, but once it’s made you can do a ton of stuff with it! 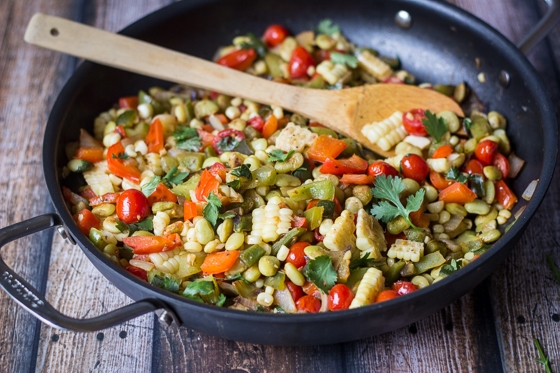 The first night I made it, I served this fresh corn succotash as a side dish with sauteed chicken.

The next morning, I scrambled an egg and used this filling to make myself a breakfast burrito.

That afternoon, I made soup using some leftover rotisserie chicken and this flavorful succotash.

The next morning, I used up the rest of these leftovers to make a frittata.

See what I mean? 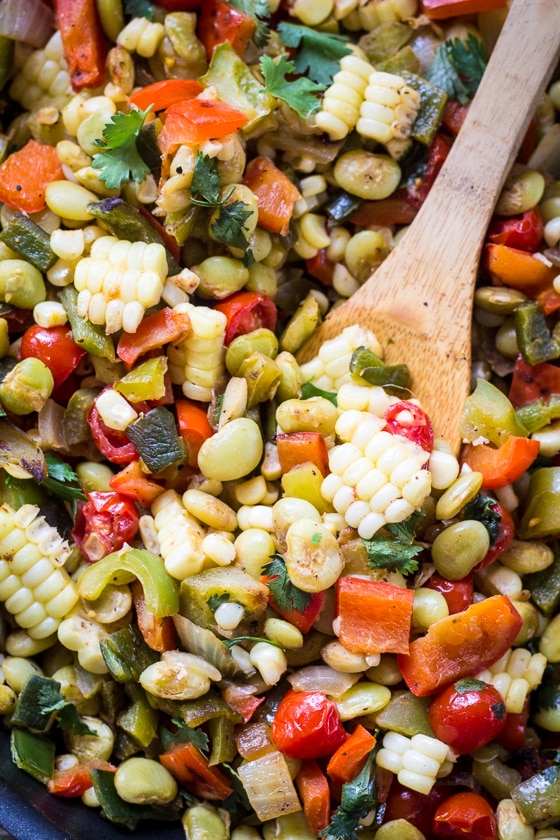 It would also be delicious as a filling for quesadillas. Just saying.

Here’s what’s going to throw you off about this dish: lima beans.

Please just TRUST ME and make it anyway. The lima beans add an awesome creamy texture to the dish and really work well with the crunch of the sweet corn. 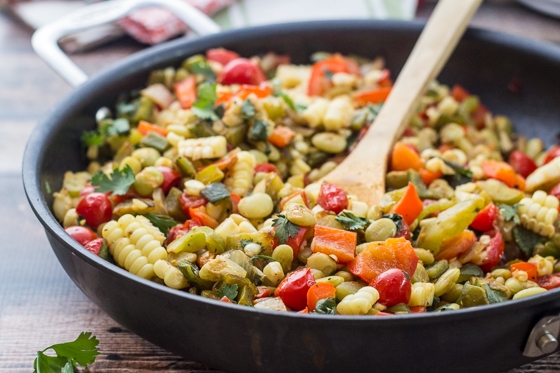 Alright, I’m officially out of stuff to say so I’ll leave you with the Mexican corn succotash recipe. 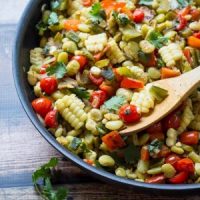 Prevent your screen from going dark

To save time, you could try using canned corn and canned lima beans. Drain and rinse both of them, then add them to the pan at the same time as the regular recipe.
Nutrition Facts
Mexican Sweet Corn Succotash Recipe
Serving Size
1 serving
Amount per Serving
Calories
150
% Daily Value*
Fat
2
g
3
%
Polyunsaturated Fat
2
g
Sodium
270
mg
12
%
Carbohydrates
28
g
9
%
Fiber
7
g
29
%
Sugar
7
g
8
%
Protein
7
g
14
%
* Percent Daily Values are based on a 2000 calorie diet.