This easy Brazilian Caipirinha recipe makes a refreshing and delicious cocktail, with limes, sugar, Cachaça liquor and ice. Give this national cocktail of Brazil a try!

Watch the World Cup in style with a homemade Brazilian Caipirinha! 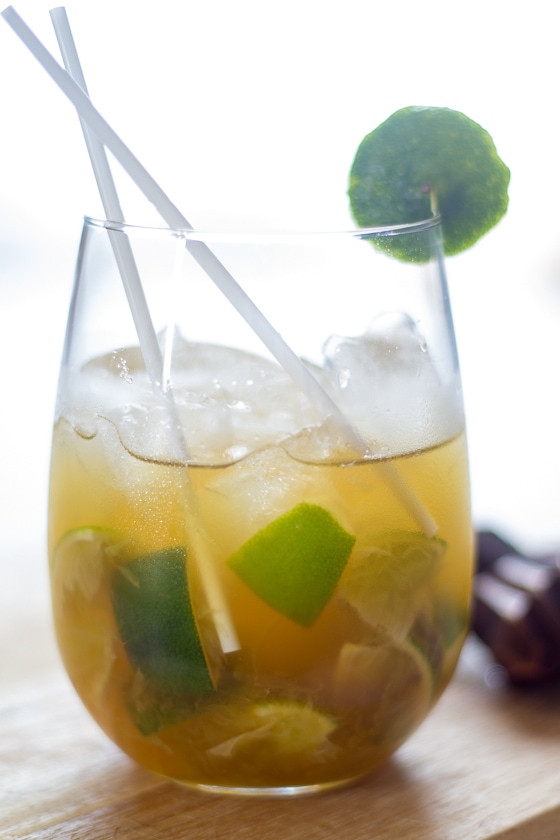 It seems like everyone I know became a soccer fan overnight. I think there’s just something about rooting for your home team in an event which only happens once every four years.

It’s just like the Olympics; I don’t typically spend my down time watching curling, figure skating, or bobsled racing, but you can bet that I’ll watch during the Olympics so I can root for team USA!

As Brazil is hosting the 2014 World Cup, I thought I’d share the best caipirinha recipe, since it is the Brazilian national cocktail. Caipirinhas are made with Cachaça, which is the most popular distilled spirit in Brazil (and tastes somewhat similar to rum).

Quest for the Perfect Capirinha

We had lots (and lots) of Caipirinhas while we were in Brazil. Sadly, I’ve yet to find a bartender anywhere else in the world who can make one (the right way).

Here’s a short list of places where I’ve tried Caipirinhas:

Every single one tasted completely nasty.

For a cocktail with only three ingredients, you’d think it wouldn’t be so hard to learn how to make a caipirinha. Except that it actually isn’t hard to make. In fact, it’s super easy.

I think the problem is that most bartenders just haven’t had a proper one so they don’t know what the end result should taste like.

Here’s a hint: it shouldn’t taste nasty. If it tastes bad, you’re not doing it right.

HOW TO MAKE CAIPIRINHAS

Okay, so, let me run you through the steps to making the best Caipirinha of your life:

I’m going to show you the right way to do each of these steps through the use of PICTURES!

Step one: Notice how the lime is cut into teeny tiny pieces. 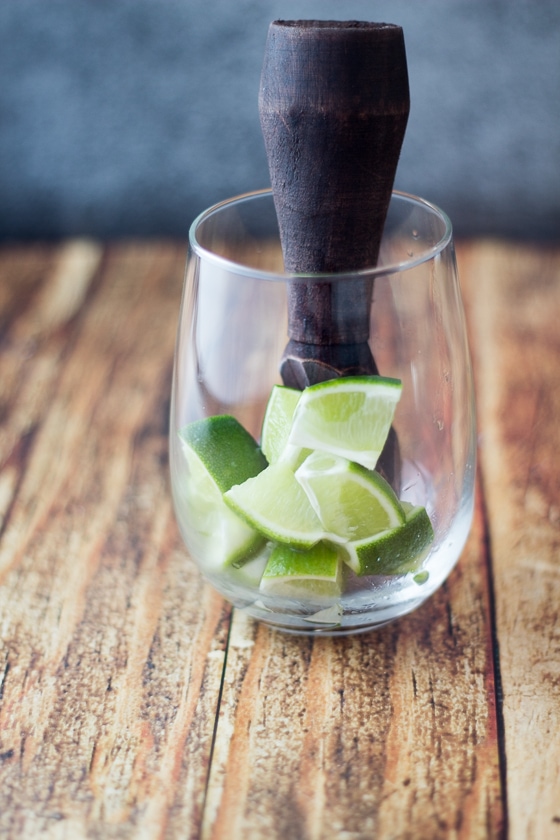 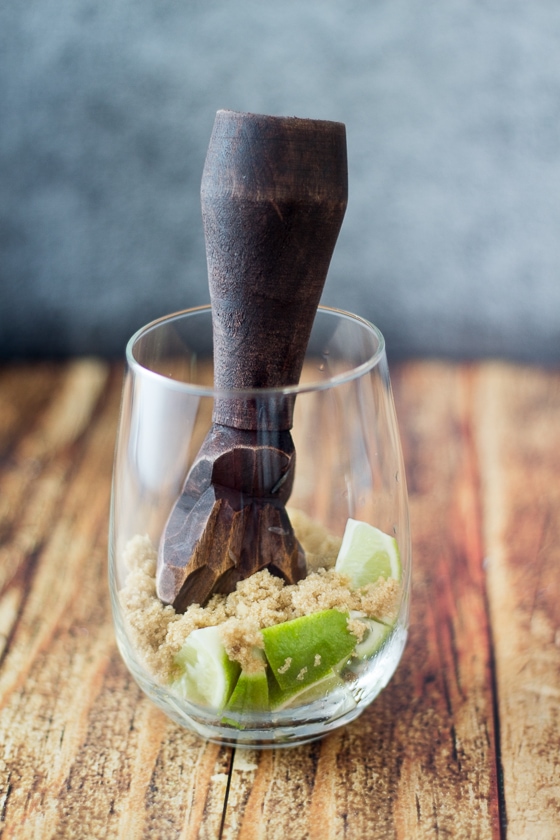 Step three: Muddle like you’ve never muddled before. Muddle the living heck out of those limes, then muddle some more. 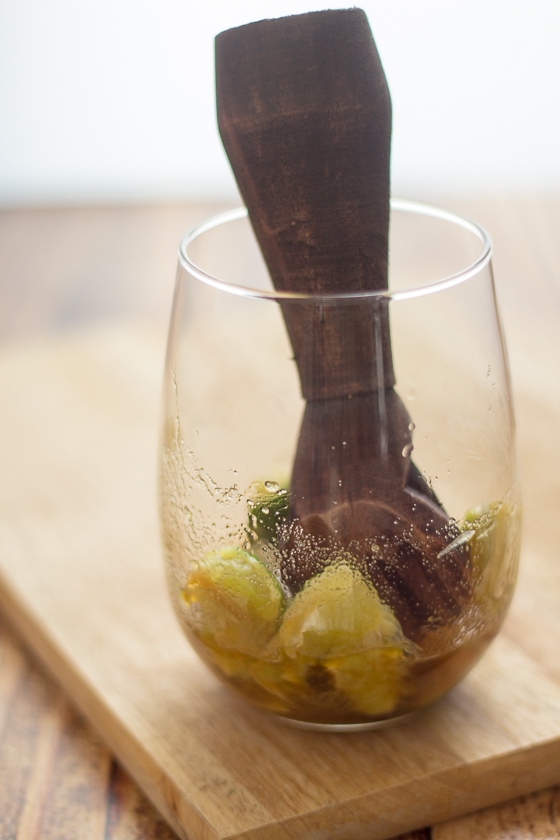 Muddle until no sugar grains remain and you’re left with a beautiful caramel-colored syrup.

I picked up my muddler while we were in Brazil – but I’ve had my eye on this one for quite some time. 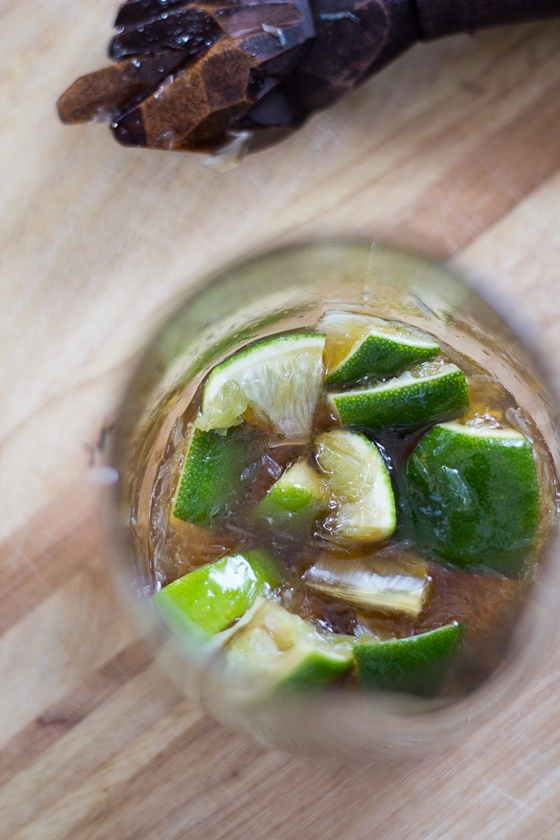 Step four: Add three ounces of Cachaça. Yes, you heard me right. You’re going to want to sip this. 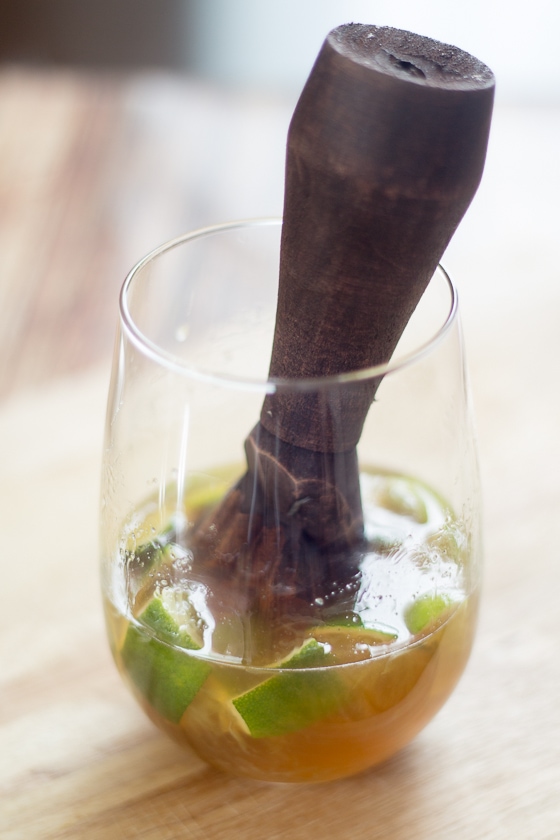 Step five: Stuff as many ice cubes as you possible can into that glass. Brazilians are sticklers about keeping their drinks cold, probably because it can get hot as you-know-what down there.

Also, as the ice melts it will dilute the drink a little bit which you might appreciate if you are sensitive to strong drinks. 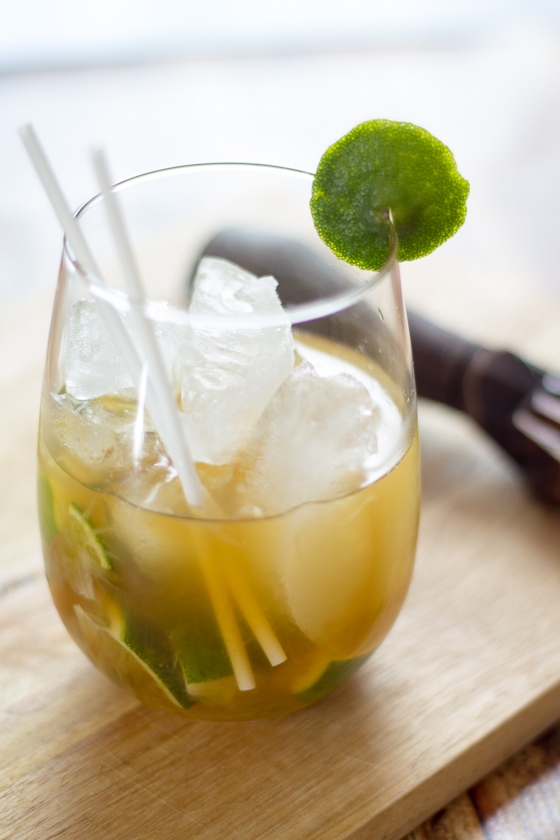 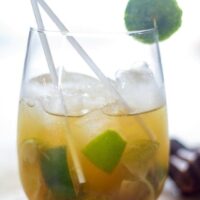 You may want to call ahead to your liquor store to make sure they have Cachaça. If they don't, they should be able to direct you to a store which supplies it!