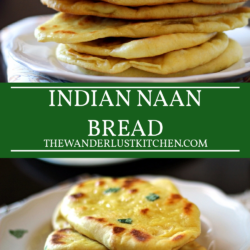 This Indian Naan Bread recipe is incredibly easy to make at home and the result is a soft and delicious Indian bread that you can have as a side to many meals.

This Indian Naan Bread recipe is incredibly easy to make, but you just somehow never get around to making it. Maybe it’s just me, but I tend to avoid yeast recipes because I can hardly ever plan ahead to remember to make the dough early enough to give it enough time to rise. 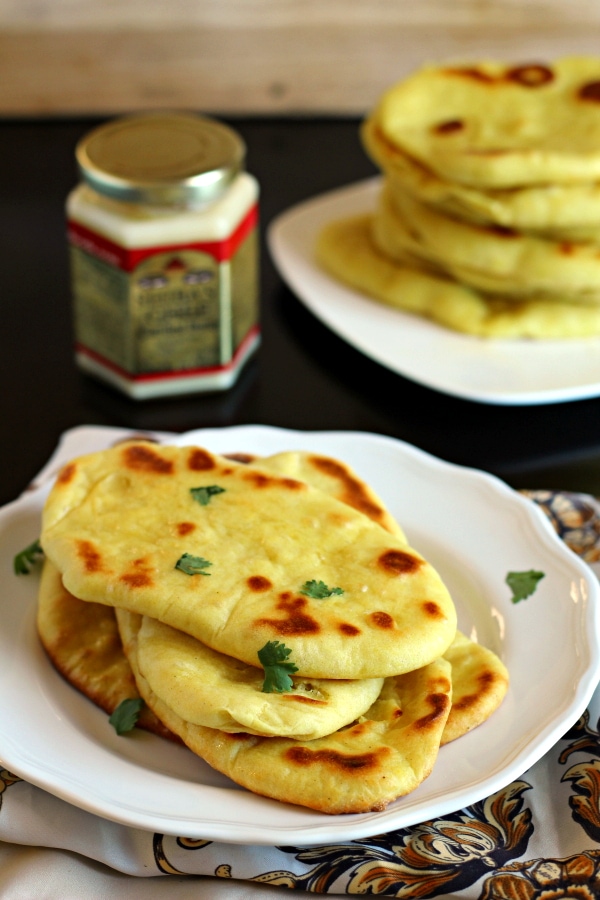 …but it’s totally worth it.

With this Indian bread, you’re just mixing the dough, letting it sit (for 2 hours), roll the dough into 12 balls, let it sit for another 30 minutes, then roll the balls into ovals and bake them in the oven. It’s really not that complicated, yet somehow I build it up in my head to be this day-long baking extravaganza. 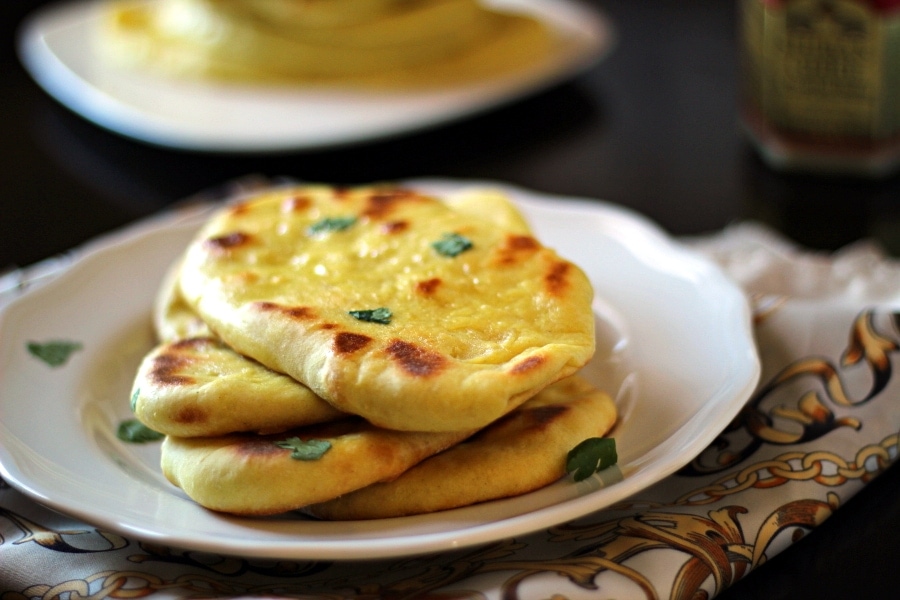 Like many of you, I work outside of the home so I can’t always sit around and wait for 3 hours for my bread to rise. However, I can make this on the weekend and simply go about my business in the meantime. And so can you!

Hold on, just a minute!  Some of you may be asking, What is Naan bread?  I know you don’t want to ask it out loud, so I will ask it for you.  Naan is a leavened, oven-baked flatbread found in the cuisines of Asia and the Caribbean.  Okay, now that you know, we can move on.

I cook mine on this flat cast-iron pizza pan, but any pizza stone or other oven-proof surface will work just fine. If you don’t want to invest in the pizza pan, you could use a regular multi-purpose cast iron pan. I have this one from Lodge, and it’s super affordable and has held up to all my abuse: Lodge Pre-Seasoned 12-inch Cast Iron Skillet.

It’s absolutely worth the effort to have delicious homemade Naan bread to go with an Indian-inspired dinner (or to go with just about anything). Try yours with Mulligatawny Soup or Chicken Korma! 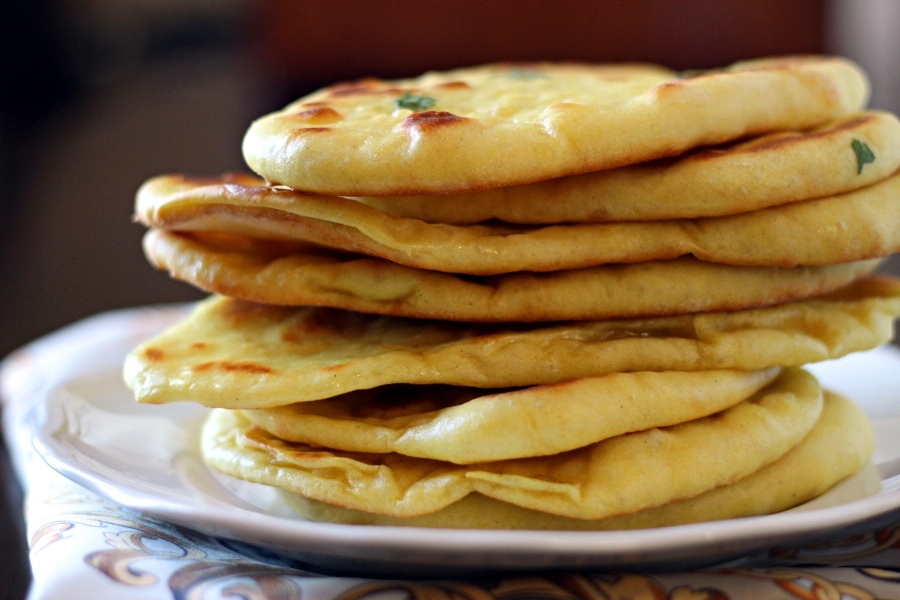 Just look at those fluffy pieces of heaven! 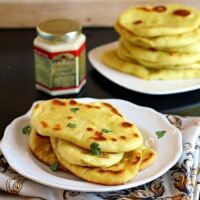 This Indian Naan Bread recipe is incredibly easy to make at home and the result is a soft and delicious Indian bread that you can have as a side to many meals.
4.4 from 65 votes
Pin Rate Save Saved!
Course: Breads
Cuisine: Indian
Prep Time: 3 hrs
Cook Time: 10 mins
Total Time: 3 hrs 10 mins
Servings: 12 servings
Calories: 519kcal
Author: The Wanderlust Kitchen
Print Recipe