This Slow Cooked Black Eyed Peas recipe takes just a few minutes of prep, then everything gets tossed in the slow cooker! Black eyed peas are the perfect comfort food (especially for New Year’s Day!).

I don’t know why it took me so long to figure out that Black Eyed Peas are totally yummy. 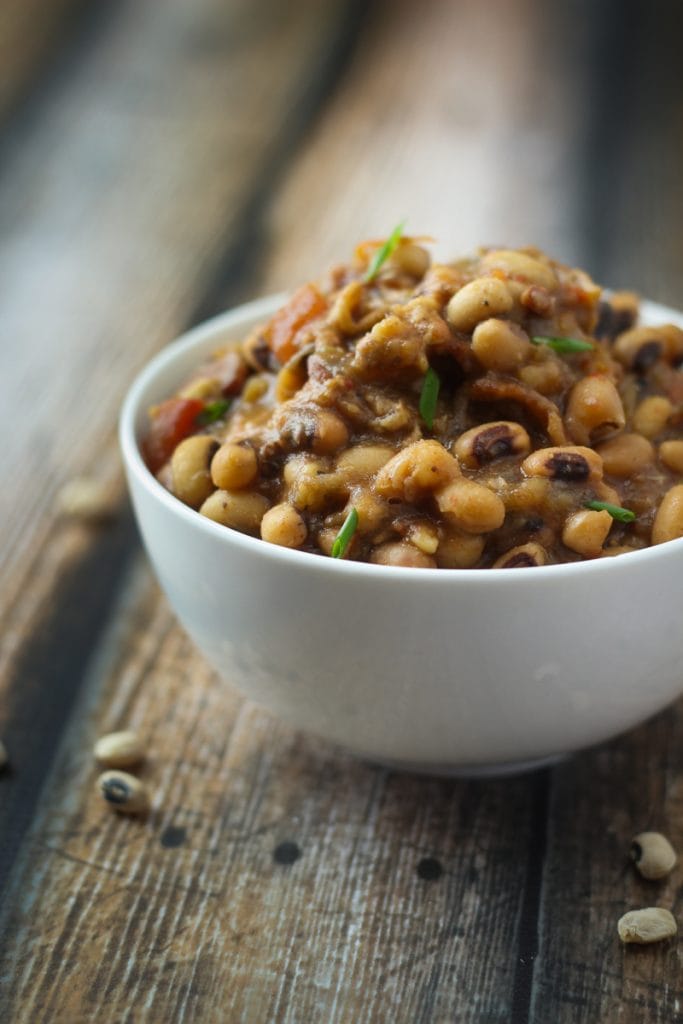 I originally put together this recipe this past summer for my Southern-themed birthday party, and it was a total hit. I used some cayenne and liquid smoke to give it a little kick!

I made it in the pressure cooker which was delicious, but I though that converting it to a slow cooker black eyed peas recipe would make it even that much more user-friendly. And I know you want to know how to cook black eyed peas in a crock pot. 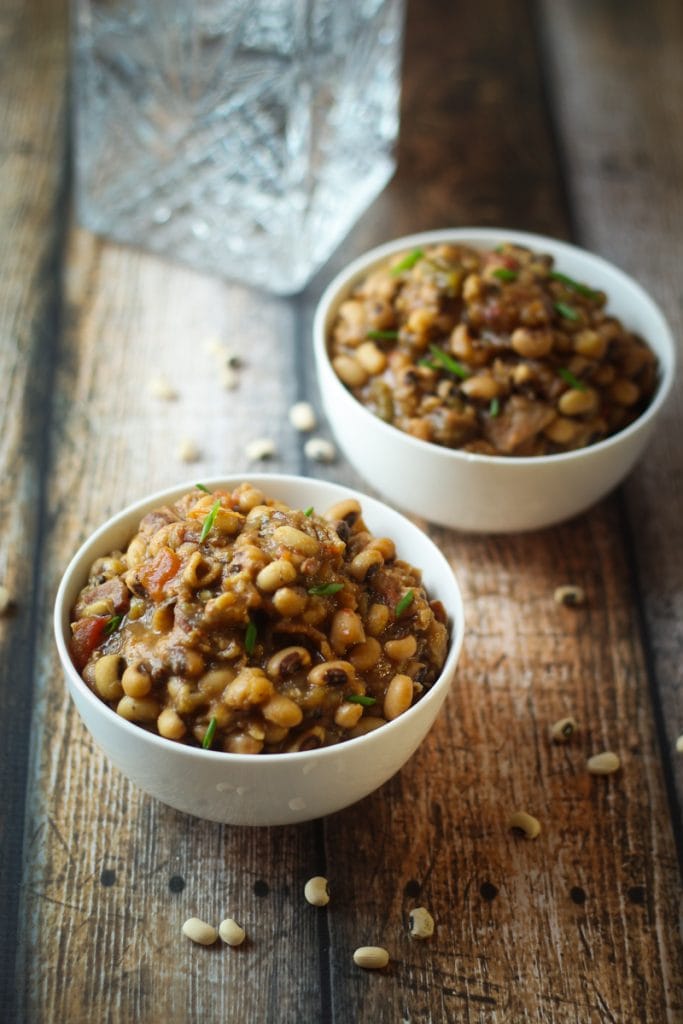 I wanted to get this recipe up in time for all of you who like to cook traditional black eyed peas for New Years Day… so, here it is. 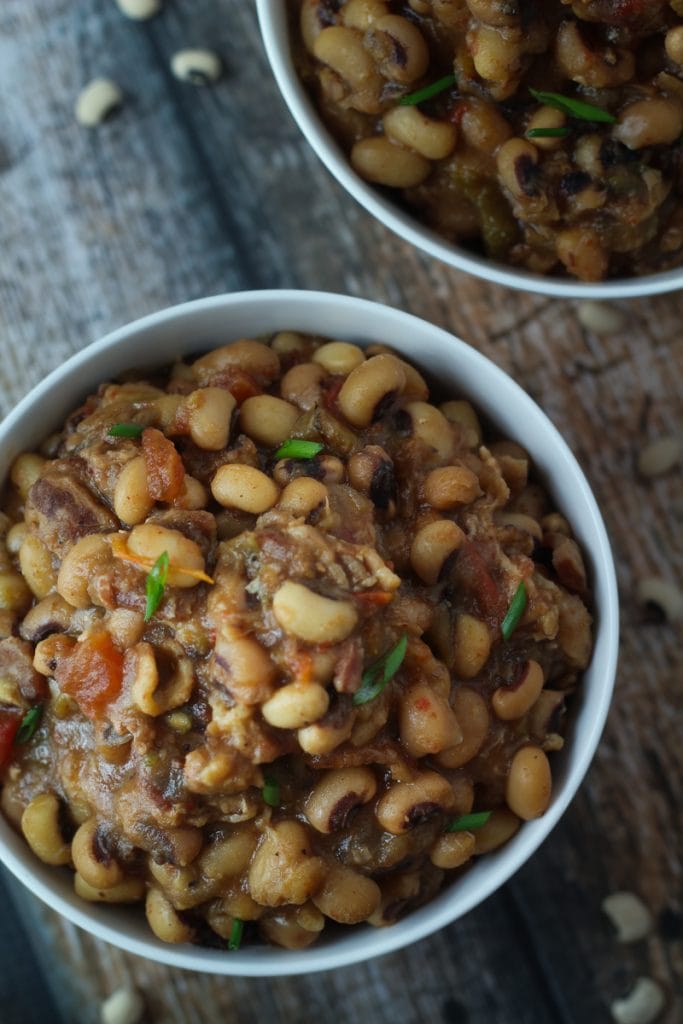 This black eyed peas crock pot recipe is really easy to put together – just saute the bacon and vegetables, then toss it in the crock pot with the peas, broth, and aromatics. 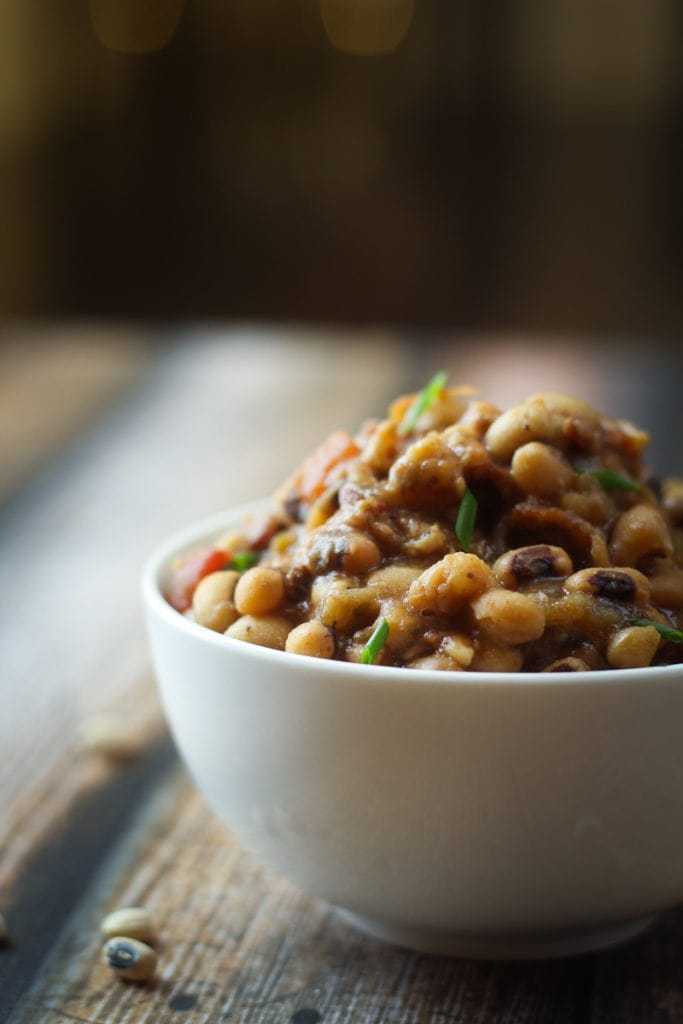 These crock pot black eyed peas are delicious on their own, but I also like them served with rice or piled on top of garlic bread.

For New Year’s Day, pile them on top of cornbread.

Leftovers taste even better the next day, so don’t be afraid that you’re making too much all at once.

You can also freeze these peas in freezer bags or jars to keep on hand for an easy meal.

If you’re looking for a meatless version, check out my recipe for vegan black eyed peas! 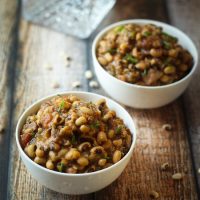